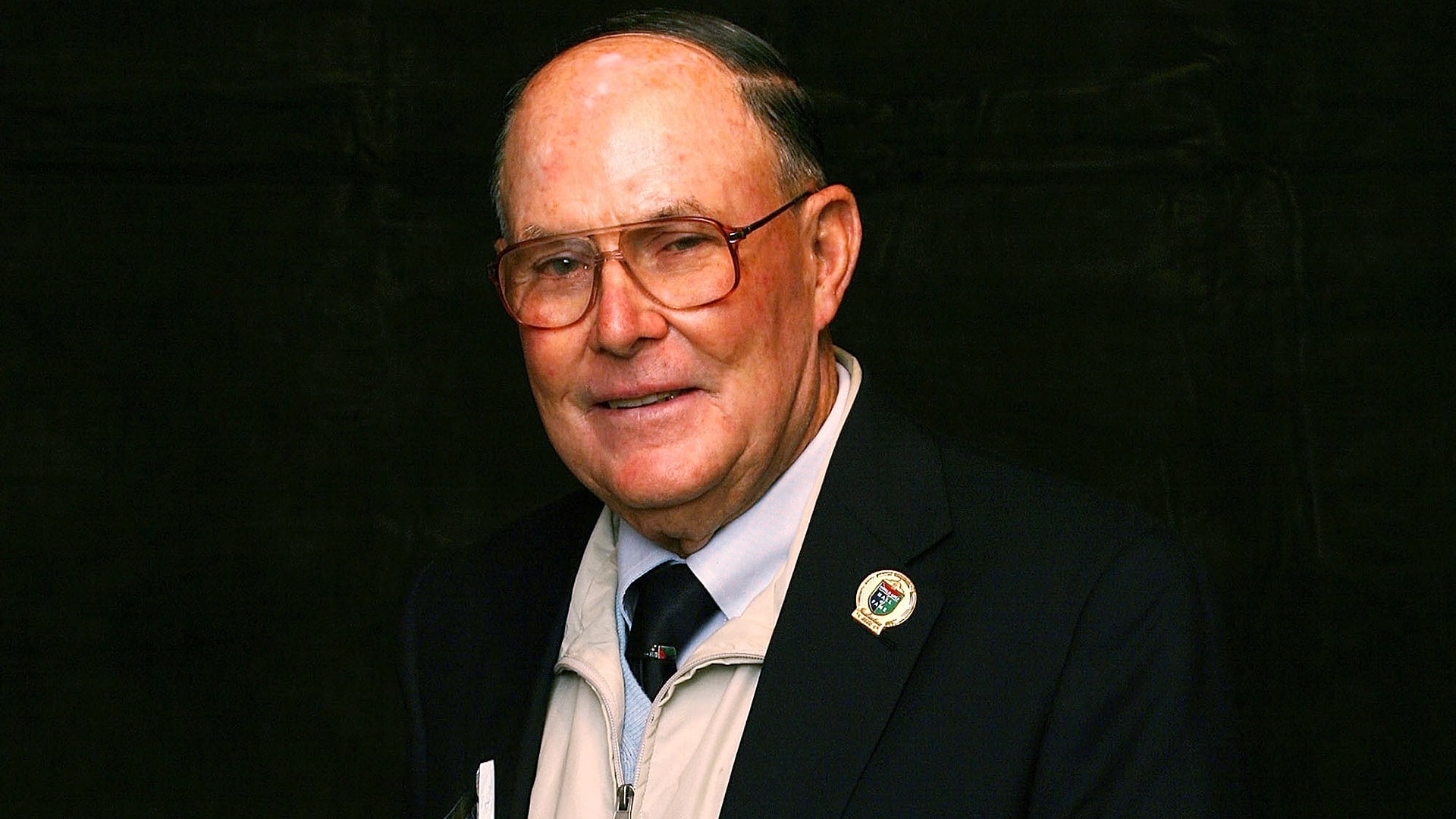 Pete Dye, one of golf’s most well-known architects, died Thursday, according to a statement put out by his family. He was 94.

Dye designed numerous golf courses during a career that began in 1959 alongside his wife, Alice, who died last February at age 91 (they had been married for 68 years). The Dye portfolio, which spanned over six decades and featured more than 100 courses, included several major and PGA Tour venues, including TPC Sawgrass’ Stadium Course, Kiawah’s Ocean Course, Harbour Town and this year’s Ryder Cup venue, Whistling Straits’ Straits Course, as well as other highly-ranked designs such as The Honors Course and Pete Dye Golf Club.

“Pete made an indelible mark on the world of golf that will never be forgotten,” the statement read. “We will all miss him dearly.”

Inspired greatly by Scottish links, Dye was known for challenging layouts, including small and punishing greens and treacherous bunkering. Once asked about TPC Sawgrass' intimidating 17th hole and its island green, Dye responded, “Golf is not a fair game, so why build a course fair?”

Dye was inducted into the World Golf Hall of Fame in 2008.

"What Pete Dye has done for the game of golf is something for which we should all be thankful," said Jack Nicklaus in an ESPN.com story. "He changed the way we think about golf course design, and how design works. ... Because of the attention that Pete Dye-designed courses have brought to the game, there are lots of people who are now able to make a living at golf course design. Me included." 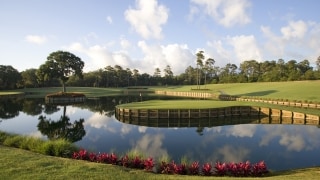 Here's a look at some of Pete Dye's best and most-notable golf courses.

Dye was born in Urbana, Ohio, on Dec. 29, 1925, to parents Paul and Elizabeth Dye. A few years before Dye's birth, his father picked up golf and built a nine-hole golf course on the family’s property. Dye was an accomplished player himself. He won his high school state championship before enlisting and serving in the Army at age 18, and later played in five U.S. Amateurs and the 1957 U.S. Open.

But his real love was design. During his time based at Fort Bragg in North Carolina, he got to know Donald Ross, the famous architect who designed nearby Pinehurst No. 2. When he was discharged, Dye moved to Winter Park, Florida, to attend Rollins College, where he met Alice. They married in 1950 and less than a decade later became business partners in the world of golf course design.

They worked together for nearly six decades. Their first big design came in 1967 with Crooked Stick, which later hosted the 2001 PGA Championship, but they are arguably best known for creating the home of The Players Championship.

"Pete’s influence is far-reaching, leaving a global imprint on both the amateur and professional games," said PGA Tour commissioner Jay Monahan. "He designed some of the best known golf courses in the world, though none more recognizable than The Players Stadium Course at TPC Sawgrass. It was here that Pete masterfully brought Commissioner Deane Beman’s revolutionary stadium golf concept to life, melding Deane’s vision with a brilliantly designed course that is celebrated annually as one of the game’s great strategic courses during The Players Championship.

"Pete, though, was always quick to credit his beloved wife, Alice, with his success, including the concept for his most famous hole, the 17th island green at TPC Sawgrass. Together, Pete and Alice made a formidable team in golf and life." 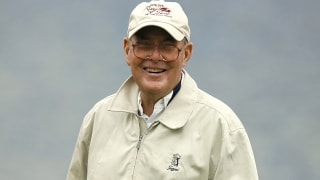 Pete Dye, 94, was one of the game's legendary course architects. Here's what social media had to say after he died Thursday.

In recent years, however, Dye battled Alzheimer's Disease. In a 2018 Golf World article, Alice Dye said, “It’s really hard to see that brilliant mind slipping away. All that creativity and imagination.”

Dye is survived by his two sons, Perry and P.B., who are also course designers.

“Pete Dye left an imprint on the world of golf that will be experienced for generations, painting wonderful pictures with the land that continue to inspire, entertain and challenge us,” said Suzy Whaley, presidents of the PGA of America. “The PGA is saddened by the passing of this dear friend of the PGA professional. Pete and his late wife, Alice, formed the greatest force in golf design history. The Dye family will forever be linked to many of the thrilling championships in PGA history and for something that they intended all along – that we embrace golf’s life values.”

Click here to read more on Dye's life and legacy via Golf Advisor.