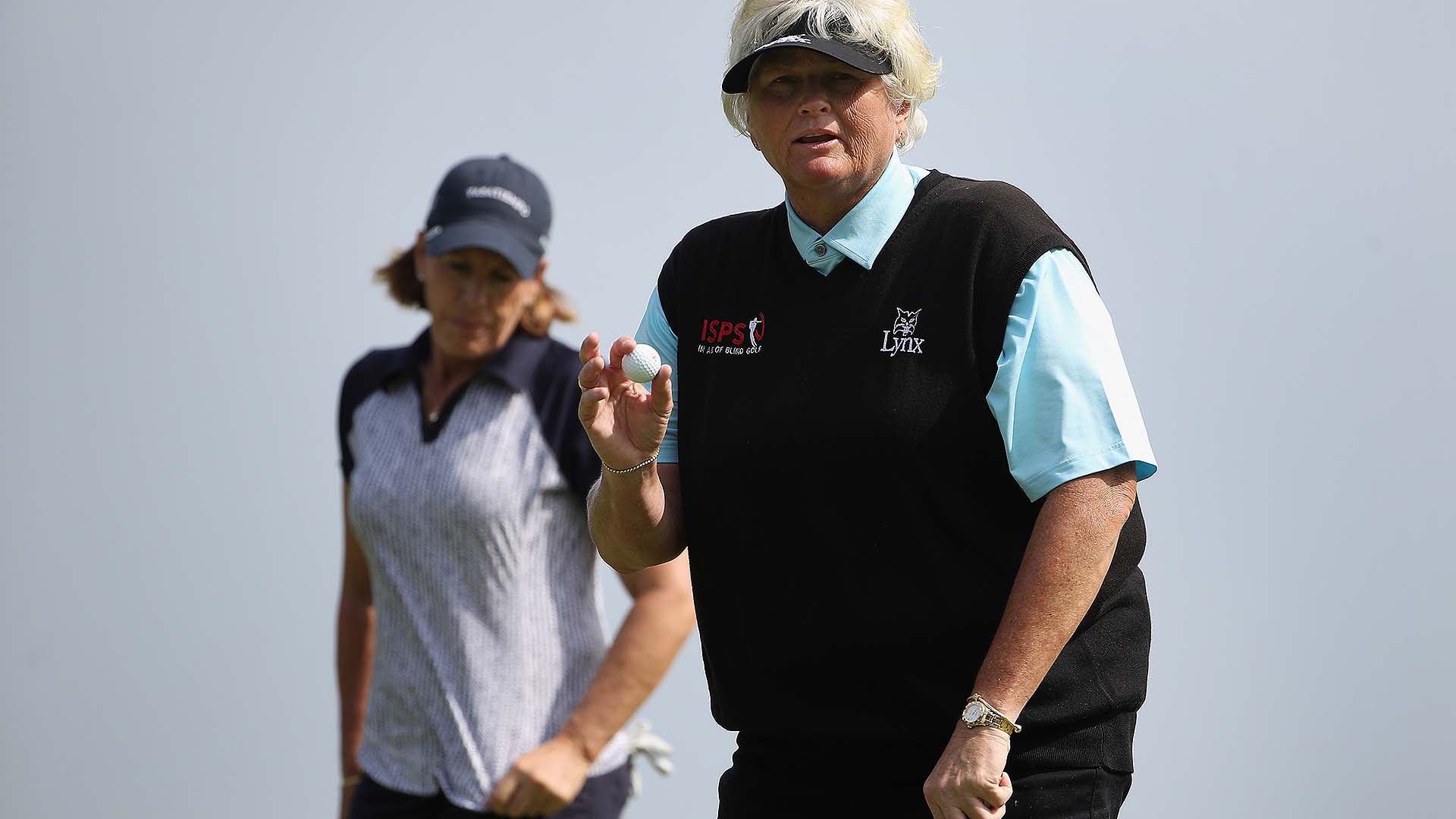 Laura Davies and Juli Inkster are looking to win.

Jan Stephenson is aiming to have some fun competing while marketing the senior game.

JoAnne Carner is hoping to do better than shoot her age.

“I wasn’t sure I would be alive at 80,” Carner cracked Wednesday while preparing for the second staging of the U.S. Senior Women’s Open.

Some of the greatest names in women’s golf are reconvening at Pine Needles Lodge & Golf Club in Southern Pines, N.C., this week, where they will be trying to put on a show as well received as last year’s U.S. Senior Women’s Open, where they got royal treatment in the inaugural event.

“It was really special,” said Stephenson, the 1983 U.S. Women’s Open winner who will be inducted into the World Golf Hall of Fame next month. “It was nice to be treated that way again.”

Davies, 55, is the defending champion. She won in a 10-shot runaway last year at Chicago Golf Club.

“Completely different to Chicago,” Davies said. “You can spray it a little bit around that golf course.”

“Here, you’re going to be punished every single time you hit a bad shot,” she said.

Carner didn’t make the cut last year, but she made headlines and highlights shooting her age (79) in the first round. She birdied the last hole to do it. Along the way, she reminded golf fans she wasn’t just one of the game’s great players. She is also one of its great characters.

Though Carner turned 80 last month, she didn’t request to ride a golf cart, as John Daly will do at the PGA Championship this week. She didn’t last year, either, though she always rides a cart when she’s playing back in her South Florida home.

Her training for this year’s walk?

“I walk, I figure, 50 steps a hole,” Carner said of her playing routine back at her club. “Drive the cart to the first tee, get out and tee it up, park it near the green, walk on the green. That's my 50 steps.”

“Just a love of the game, I think, more than anything,” she said. “I've always loved competing. So, give it one more shot.”

While Inkster loves seeing Carner and other greats of the game, she arrives looking to go one better in the results this year. She finished second to Davies in that tour in Chicago.

The championship begins Thursday at a special place. Pine Needles was owned by Peggy Kirk Bell, a great amateur and then charter member of the LPGA who died three years ago. She also made a name for herself as a teacher and an advocate of the women’s game. She will be inducted into the World Golf Hall of Fame next month through the lifetime achievement category.

“Mrs. Bell, she was amazing,” Davies said. “This place is a testament to her career and her family.”