Lewis (66) brings the 'Thunder' in her return as a mom 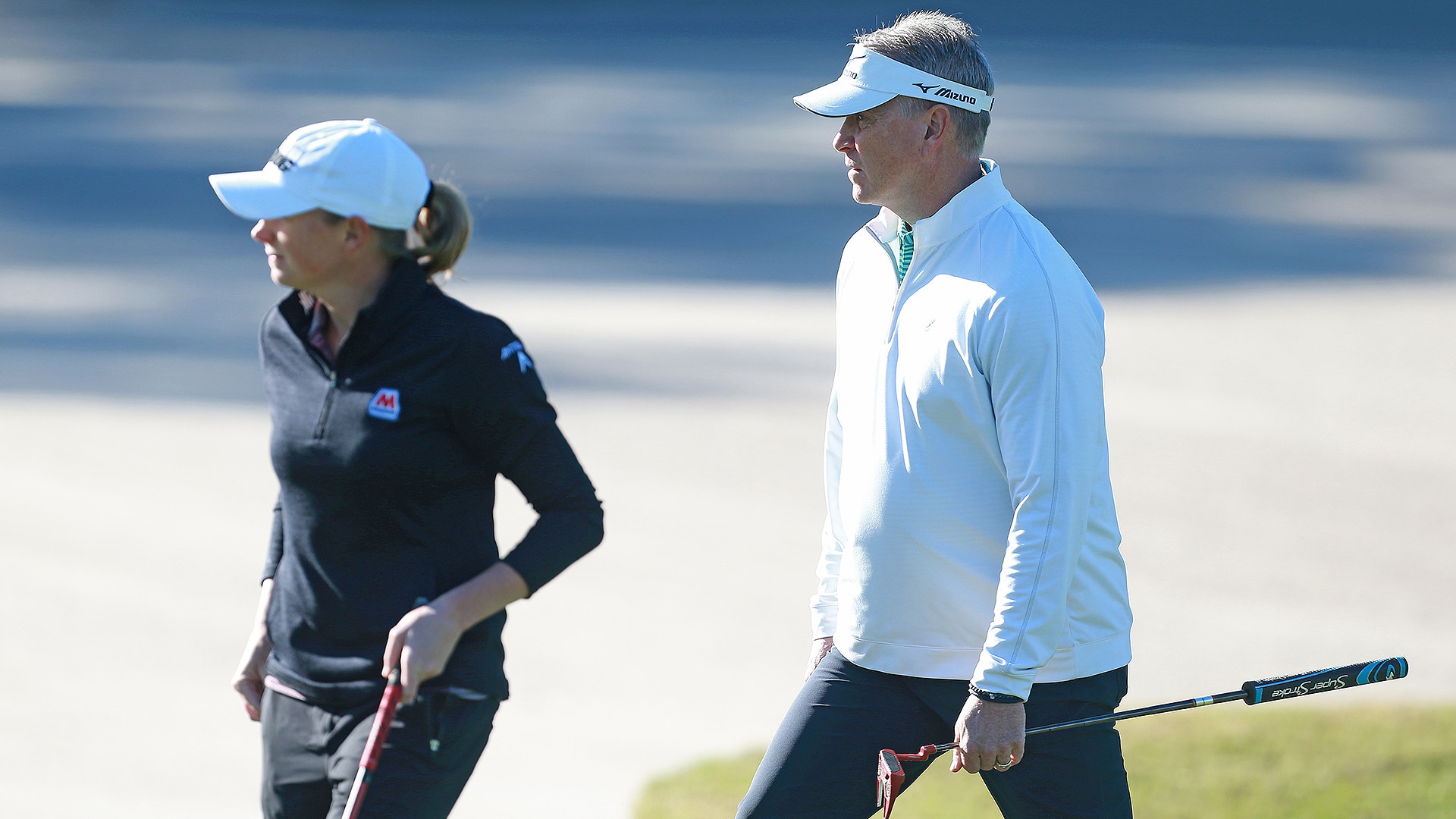 LAKE BUENA VISTA, Fla. – Stacy Lewis was warming up on the driving range when the Imagine Dragons’ song “Thunder” began pouring out of the speakers before she made her start Thursday at the Diamond Resorts Tournament of Champions.

She couldn’t get to the first tee without thinking about her daughter, Chesnee Lynn, whom she gave birth to last October.

That’s the song her husband, Gerrod Chadwell, likes to sing to their daughter.

“It gets her to laugh,” Lewis said. “It made us both think of her.”

Lewis, 33, wasn’t sure what to expect playing for the first time since becoming a mother, but she was pleasantly surprised. She opened with a 5-under-par 66, one shot off the lead.

What did it mean to the former world No. 1?

“It's just exciting to see that I can take time off and have a baby, and my golf swing still comes back,” Lewis said. “You still know how to make putts, and just some assurance that it's still there. As sharp as it probably needs to be? No. But just that it's there. It's encouraging and makes you excited about coming back.”

How will that change her tournament arrivals and routines?

“Well, now it's, where's daycare?” she said. “And how do I get out the door on time? Do I have all the bags that I need? You've got to take three trips to the car to get out the door every morning. So, it's a new normal.”

Lewis played alongside Chicago Cubs pitcher Jon Lester and former Atlanta Braves star Tom Glavine on Thursday. While growing up in South Carolina, she went to Braves games with her father, Dale.

“We would go all the time and sit down the third base line,” Lewis said. “The World Series runs in the '90s, I remember all of that stuff. So, it was very cool to play with Tom today and talk to him.”