Lexi Thompson exits Drive On with runner-up, sore back 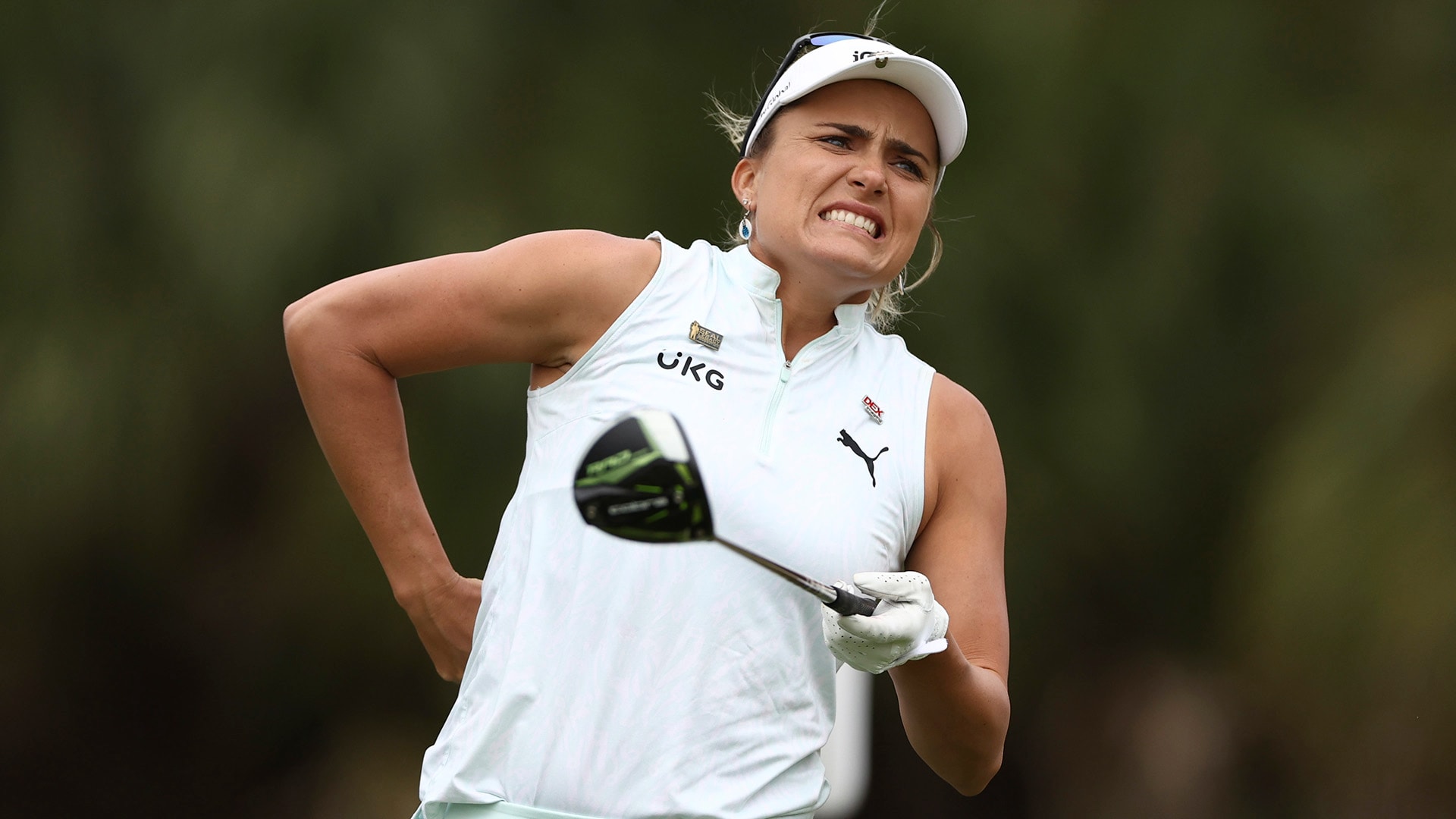 Lexi Thompson had just 101 yards into the 10th green Saturday at Crown Colony Golf and Country Club, yet the shot presented its fair share of challenges.

It was dead into the wind, and Thompson was in between clubs.

“I was talking about it with my caddie, Will, ‘Do you think my 115 club gets there? It's going to be higher,’” Thompson said. “So, I'm like, ‘I just want to keep the next one lower in the wind,’ so just chipped it. I saw it bounce and then I knew it went past, I guess it spun back. I just went off the crowd to the left because it was tucked right. The crowd went nuts. … Definitely a great memory.”

Thompson’s hole-out eagle highlighted a final-round, 7-under 65, but it wasn’t enough to give Thompson the victory at the LPGA Drive On Championship, a 54-hole event in Fort Myers, Florida, that came together within just the past two months. Instead, she finished runner-up at 15 under, three shots back of winner Leona Maguire, who was playing in the group ahead.

Thompson has now begun the new season with a solo eighth, T-6 and second.

Full-field scores from the Drive On Championship

“It's all about just putting myself in contention,” she said. “I've put in the work in the offseason, hours on the putting green, hours in the gym, and just working on myself and improvement. There's all I want to see. As athletes we just continue to try to improve on our games and ourselves, and that's what I see. We just want to see the hard work pay off.

“Just going to continue to work hard and stay in the moment and put myself in contention and hopefully a win will come.” “It’s huge for Irish golf,” Maguire said following a closing 5-under 67 at the Drive On Championship in Fort Myers.

As long as she stays healthy. Thompson said she pulled a muscle in her back during Thursday’s first round, and she re-aggravated it during the back nine Saturday. After her tee shot at No. 16, it was most noticeable, as she grimaced and grabbed at her back.

“I didn't play any differently,” Thompson said. “It was just sore. But I would have to have a broken back to not play, so I fought through it. Took some painkillers and just managed to get around the golf. Obviously played well, so it was just happy to be out there.”

Added Thompson's playing competitor, Stacy Lewis: “I don't think she was quite 100% out there, and she was gutting through it. Just really proud of her. She didn't feel very good out there today and still put up a pretty good number.”

Luckily for Thompson, she doesn’t have another tournament until mid-March, as she’s not planning on playing the LPGA’s back-to-back events in Asia.

“I have six weeks off, yes,” Thompson said, “so that will help.”