Lexi Thompson not being so hard on herself, excited for final round at Congressional 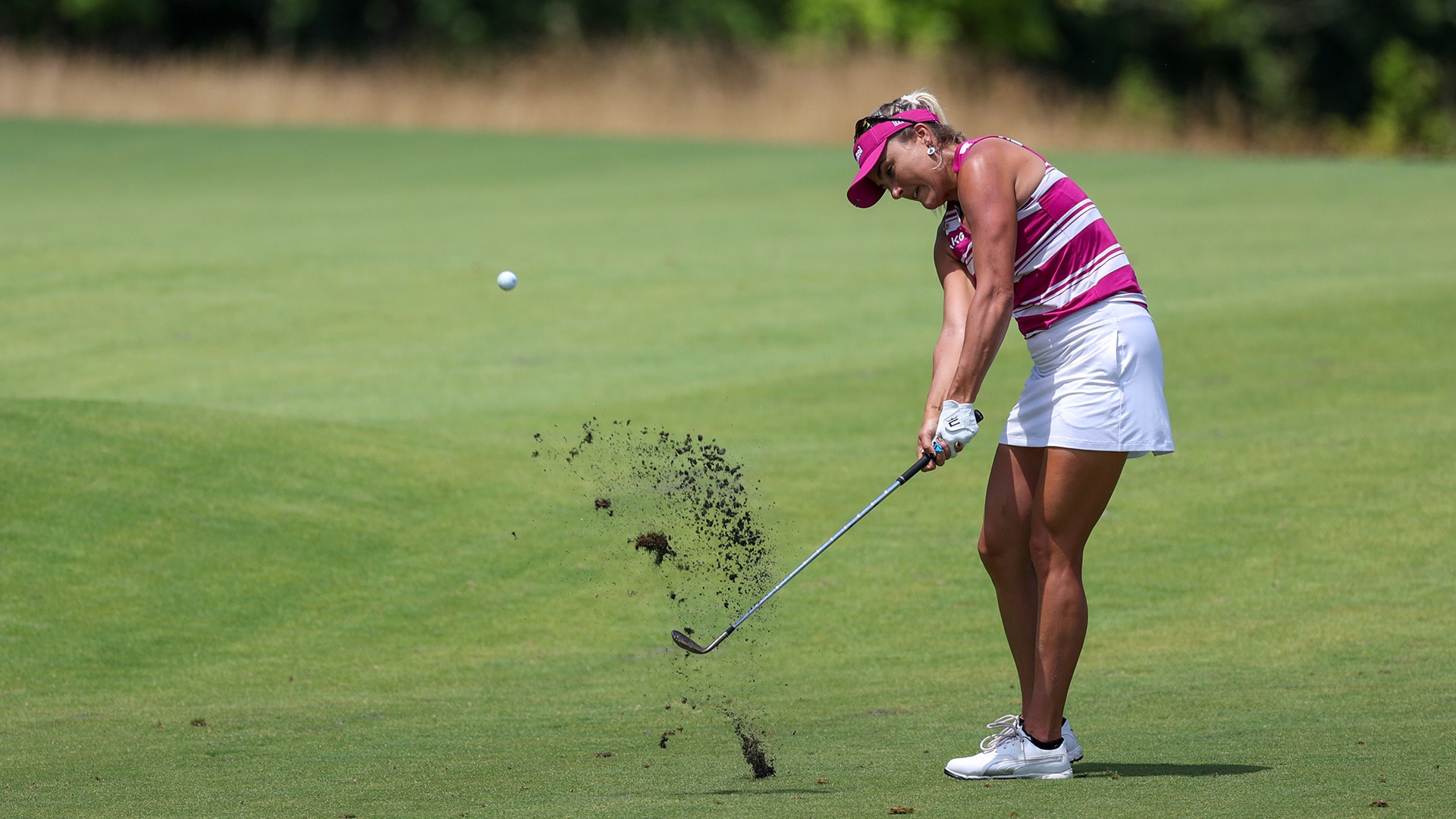 BETHESDA, Md. - Lexi Thompson stepped to the microphone after a third-round 70 at the KPMG Women’s PGA Championship and joked about how tan her arms were. Thompson, who no matter the temperatures seemingly always wears a sleeveless polo with her arms laid bare, remarked that the sunscreen she’d been applying this week clearly wasn’t working. It must have been tanning oil instead, she said with a laugh.

As Thompson met with the media Saturday afternoon, she smiled, she was lighthearted, she laughed and told jokes. It was as though a heavy burden had been lifted off her tanned shoulders. 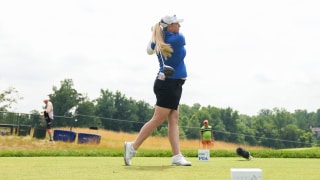 Brittany Lincicome has much to be proud of as she wraps her 18th season on the LPGA and looks forward to the arrival of her second child.

Thompson has bore her share of heartbreak in major championships, has gone without a win on the LPGA Tour since 2019, and midway through this season has come agonizingly close to a win with five top 10s. Now, Thompson has seemingly waved a white flag of surrender. Not that she doesn’t want to win anymore, but that she’s tired of fighting with herself to try to get one.

“Being hard on myself wasn't getting me anywhere,” Thompson said at Congressional Country Club, site of the season’s third major championship. “If I have a bad day, it's not the end of the world. Still a blessing just to be even out here. I've had a few things happen in my life recently, and it's like -- I'm just grateful to be out here.”

Thompson’s grandmother, Dorothy Fischi, passed away the week prior to the U.S. Women’s Open in May. Perspective is everything, and losing her grandmother has had an impact on Thompson’s outlook, especially in majors.

“I've been playing golf for so long it seems like, but I would say I was so -- focus isn't the right word, but just hard on myself in majors. Like, I have to do this well and this well,” Thompson said about her change in attitude. “Just a matter of coming out here and just trusting the process, knowing I put in the hard work. And if it happens, amazing. If it doesn't, there's not much else I can do.”

Unbeknownst to Thompson, who says she’s stopped looking at leaderboards in an effort to strictly focus on her own game and emotions on the golf course, she walked off the course five strokes behind leader In Gee Chun. But after Chun made double bogey at the par-5 16th, Thompson sits just three behind Chun in a tie for third heading into the final round.

“It's something I don't even want to think about,” Thompson said about the prospect of playing in the final group. “I'm going out tomorrow playing like I have the last three days. Playing relaxed, playing free, and just focusing on my game.”

Thompson’s beloved grandmother, who she called Mimi, wasn’t just her biggest fan, but a feisty one at that. Sunday, Thompson will lean on Mimi’s advice as she looks to mount a Sunday charge that would earn her a third major championship and one that would make her Mimi proud.

“Go get 'em, just go for it,” Thompson imagines Mimi would tell her ahead of Sunday’s final round. “She was my number one supporter. It gives me the drive to be out here and do it for her.”