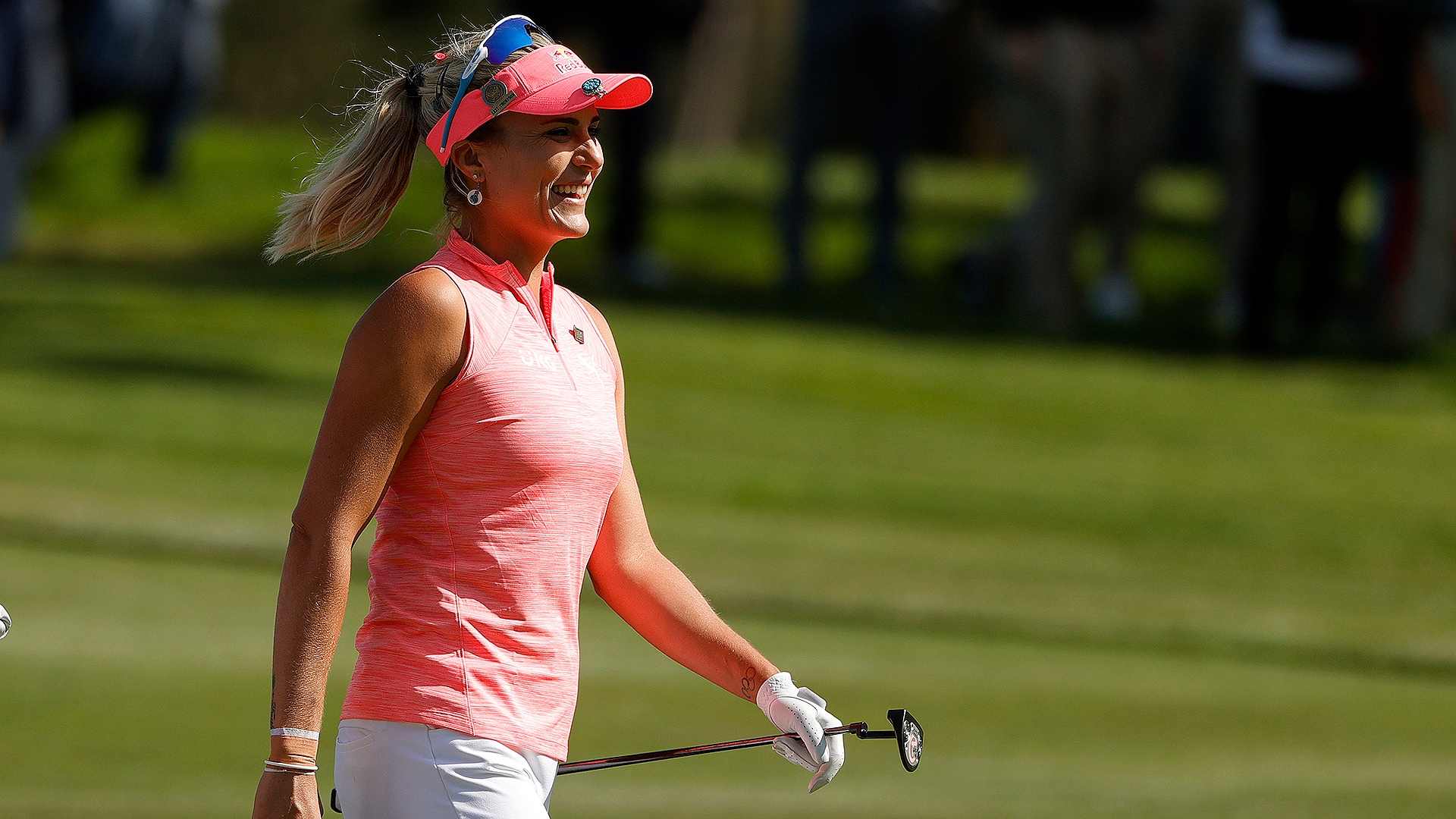 Twenty-four years ago, the roles were reversed. America’s darling trailed by three shots entering the final round of the U.S. Women’s Open.

This year, she’s up one.

Twenty-four years ago, however, that darling was 40 years old and in the twilight of her career, watching the last sun set on her U.S. Open-winning opportunities.

This year, she’s 26 – without a U.S. Open win to her resume, but with more than a decade of chances, one would think, to come.

In 1997, Nancy Lopez, a three-time major champion, but never a U.S. Women’s Open winner, entered the final round at Pumpkin Ridge in Oregon, trailing England’s Alison Nicholas through 54 holes.

Despite a partisan crowd and a Sunday 69, it wasn’t enough for Lopez, who finished runner-up for the fourth time and finished her career without that Open trophy.

The crowd at The Olympic Club is sure to side with Lexi Thompson on Sunday in San Francisco. Lexi, like Nancy, is a longtime Open suffer. This is her 15th appearance – an incredible number, considering her age – and she has only two top-5 finishes. Those, however, have come in two of the last three years, including a tie for second in 2019.

She missed the cut last year in Houston, but the event was rescheduled for December because of COVID-19, and given all the uncertainties and calamity of 2020, anyone can be forgiven for a one-off performance – or season.

This coming Wednesday will mark two years since Thompson has won on tour. Could mark. Might not mark.

Thompson fired a personal-best 66 on Saturday at Olympic, complete with five birdies and no bogeys.

On Sunday, she’ll vie for her second major victory and first since 2014, when she was a teen. And, she’ll have to beat at least one teen in order to do so.

Saso, 19, from the Philippines, will try to play the role of spoiler. She won't be alone in that quest but there are only five other players currently under par.

Saso won't have to endure jeers as this is a more civil scene than a few thousand miles away in Columbus, Ohio, but the cheers will certainly be on Lexi's side. Like 1997. So, too, the bulk of the pressure. Like 1997.

And this is Olympic, after all, a venue unkind to the more formidable names.

Lexi knows, having endured heartbreak many times over in her professional career, that anything is possible and nothing is certain.