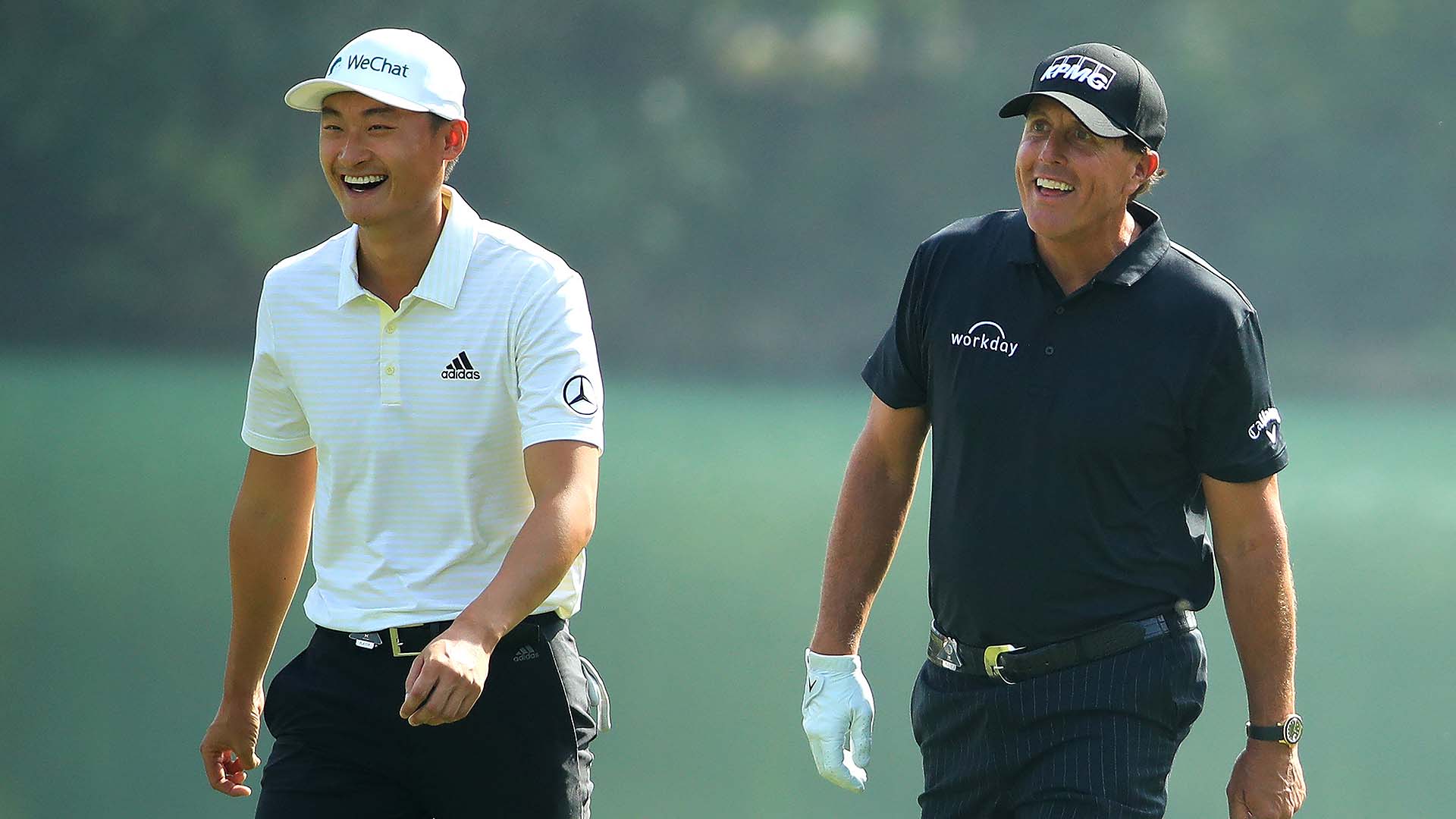 Haotong Li took the first-round lead with an 8-under 64 at the WGC-HSBC Champions in Shanghai while playing alongside Phil Mickelson, but as it turns out, there's a little more to the story.

While in town to play this very event 10 years ago, Mickelson met Li, then a junior golfer, and posed for this incredible photo that was tweeted out by the PGA Tour on Thursday.

With the home crowd rooting him on, Li beat the guy from that photo by seven shots at Sheshan International Golf Club.

Not only did Li pass Mickelson on the scoreboard Thursday, but he could also pass him in the Official World Golf Rankings by week's end. Currently No. 59, a WGC win would send Li skyrocketing up the rankings while Mickelson could fall out of the top 50 for the first time in 26 years, depending on his finish at the 78-man, no-cut event.

All this to say, life comes at you fast. 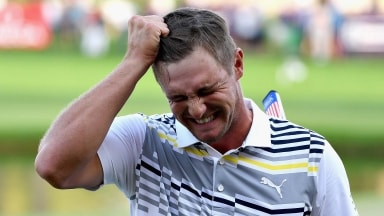 Bryson DeChambeau is leading the Dubai Desert Classic after three rounds and closing in on his first victory overseas, but he's still not happy. 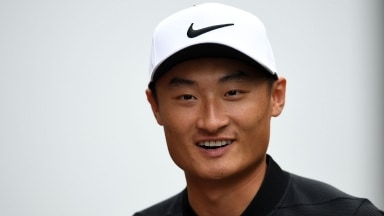 In one year, Li Haotong has gone from being a contender in the HSBC Champions to a superhero. At least on the stage.