Life goes on for Jeff Julian and family, Part II 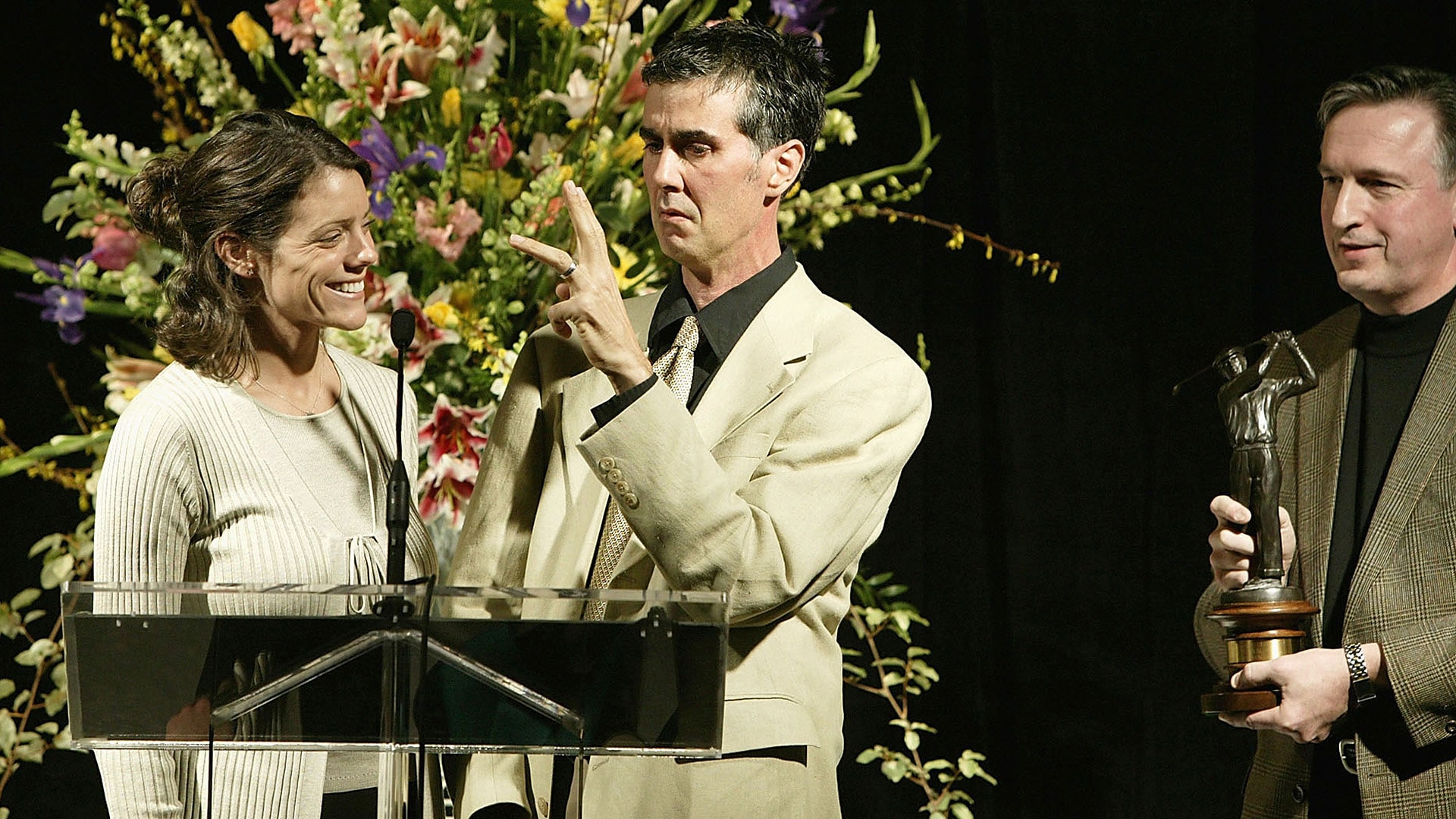 Of all his disabilities, there is one that bothers Jeff Julian the most: "Lack of communication," he says through his computer.

Amyotrophic lateral sclerosis, ALS, has taken his voice. He now has a computer to talk for him. The computer rests on a table near his shins. It has programs that allow him to type in often-used phrases: Okie dokie; Thats awesome; Like, dude, totally.

The last one is for the kids. His wife, Kim, says the computer allows him to say just about anything.

"He has one in there that is something like, 'Tyler, I love you dearly, but get your (butt) to bed,'" she said.

The complex machine is simple to work – unless you only have use of your left foot.

In addition to the phrases he has stored – which he activates by pressing his now adroit left big toe to individual cell blocks – there is a program that allows him to type sentences letter-by-letter.

The alphabet appears on his computer screen – which he calls Gus, after the company that makes the product. The letters are arranged in order in four rows. A highlighter scrolls down each row until Jeff clicks his mouse with his toe. It then moves across the row, and when it reaches the desired letter, Jeff clicks again.

He does this over and over again until he can form an entire word, and a full sentence.

You can only imagine how painstaking it must be.

But that's the way things are, and the Julians have accepted their life together as it is. 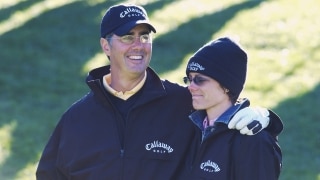 Life goes on for Jeff Julian and family, Part I

Jeff Julian's story isn't tragic; it's inspirational. And that's the way the Julian's want you to see it.

"It's what we deal with," Kim says. "It's taken a lot from us, but it's given us a lot, too. We've met some very beautiful people through this.

"Jeff and I decided when this came up that we weren't going to be victims. We were going to take things as they come and deal with it in the best possible way and turn it into something positive.

"There are days when I'm nuts or he's nuts, and when I'm like that, he's strong and when he's like that I'm strong. We balance each other out. It's all you can do; take one day at a time."

Were they meant to be?

They married just eight months before the diagnosis. She caddied for him in 18 tournaments.

"I look back on that now and I am so glad we did that, that I had all that time with him," she says. "If he had spent all those days on the golf course without me, I would have missed a lot of his life."

Kim learned a lot about her husband while working with him: "That he is the most mature, laid-back person out there. I was very impressed by his patience," she says proudly.

"Being patient in a tournament is much easier than being that way day-to-day dealing with this disease," Jeff types.

Their days are both rewarding and exhausting. Kim says she wakes up every morning around 6:00 a.m. and gets Tyler off to school.

"My father now drives him to school because I can't leave Jeff, because of the ventilator," she says.

Jeff usually gets up around 9, and Kim gives him his morning medications.

"We usually shower every other day, because showering is quite a difficult thing to do. It just takes a lot of energy and wears him out," she says.

"The day goes by very quickly. It's amazing how fast time flies when you're dealing with something like this."

Jeff spends his days tooling on his computer and watching television. He got a satellite dish so that he could watch the Red Sox playoff run last year.

"Java in the morning, that's a highlight for me," Jeff relays.

Jeff and Kim have tried every imaginable drug to somehow impede the disease's march through his body, but nothing yet has worked.

"When we realized that there was no cure," says Kim, "how to fix it, how to make it go away, we tried everything we could to ..."

She stops to compose herself and offers an unnecessary apology.

During Masters week 2003, Julian accepted the Golf Writers Association of America's Ben Hogan Award at Augusta National. The award is given annually to a person who has been active in golf despite a physical handicap or serious illness.

Jeff's computer malfunctioned just as he started his acceptance speech. He brought Kim on stage and communicated to her through sign language. He tearfully thanked everyone and encouraged all to spread the word about the disease and spread it in a positive manner.

That Wednesday was to be Jeff's first trip around Augusta National, but the heavens flooded the course and washed away his one opportunity.

That trip could easily be a bittersweet memory for the Julians, but not so. As they do in all aspects of their life together, they only see the positives.

They think about the awareness they helped raise and the friends they gained. They think about how Tiger Woods counted Jeff as an inspiration and took the time to talk with Kim's father in the hallway.

"We learned what a gentleman Tiger is," Jeff states.

As Kim echoes Jeff's sentiments, she looks over and sees the tears pouring from his eyes. She leans over and affectionately wipes them away.

"That was a big moment for Jeff," she says.

Through the tears, the pain, the frustrations, the uncertainties and the inevitable, Jeff continues to live. And smile.

There is no give-up in this guy. This is a man who set the developmental tour record for largest round-to-round comeback when he followed an 82 in the 1997 Carolina Classic with a 63 – and then won the Dominion Open the next week. A man who was nearly 10 strokes clear of the cut-line in the second stage of PGA Tour Q-School one year only to lose it all and then rebound by winning in a playoff. A man who birdied three of his final four holes in the final stage in 1995 to finally earn his PGA Tour card.

Jeff's, like most of those suffering from an incurable disease, is a tragic, inexplicable story. But its also a very inspirational one. And that's the story the Julians wish to tell.

"We want this to be positive. We want to inspire people," Kim says. "Don't write it like its horrible; give it something that makes people feel good."

As the interview with Jeff and Kim concludes, Golf Channel producer Matthew Hegarty and his cameraman prepare to leave.

But not just yet.

Jeff wants to showoff a putting device he is marketing called Tru-Path.

They go to the office where Kim's father stores and distributes the putting aid. The office has posterized photos of Jack Nicklaus watching Jeff putt during the 2002 Memorial Tournament – "He made that putt, too," Kim's father, Jim, points out.

Matthew gives it a try. His first putt misses to the right, as does his second and his third.

Jeff makes a motion with his left foot. "He wants you to move the ball up in your stance," Jim says.

Matthew does and buries the fourth putt dead-center. He reacts triumphantly and turns around to give Jeff a high-five on his left foot.

There he sees a happiness on Jeff's face that even his prison body cannot confine.