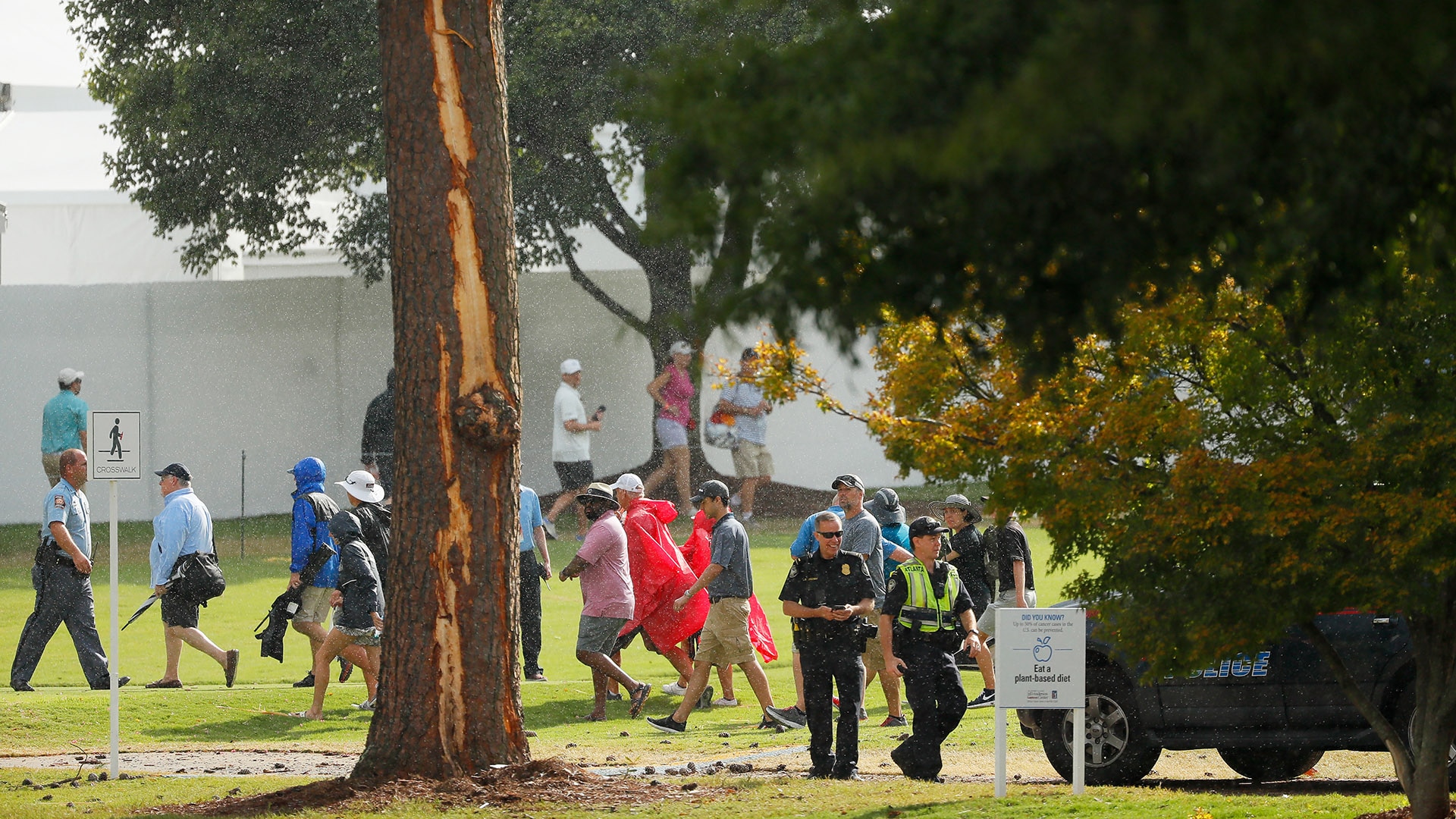 The PGA Tour issued a statement Sunday morning stating that all fans injured by Saturday's lightning strike were released from the hospital:

The Atlanta Police Department and Atlanta Fire and Rescue have confirmed that five individuals were injured and transported to nearby hospitals; a sixth person was treated and released at the scene. All were released from the hospital last night. The safety and well-being of our fans and players is our highest priority, and we were with those being treated until they were released from area hospitals. We are deeply grateful that the injuries were not more serious, and we’re proud of the collective efforts of the on-site team to quickly care for our fans during this frightening incident. Furthermore, late yesterday afternoon, officials were brought on site to assess the integrity of the pine tree that was struck and determined it to be safe. Additionally, several pieces of ShotLink equipment were damaged by the lightning and were replaced overnight.

Two lightning strikes occurred at 4:45 p.m. ET as fans were seeking shelter, less than a half hour after officials sounded the weather-warning horn at 4:17 p.m.

According to a statement from the PGA Tour, four of the fans were injured by debris from the strike, which was adjacent to a hospitality area. Emergency personnel treated six fans in total who were all transported to Grady Memorial Hospital in Atlanta.

“The emergency service people were right on the scene, got those people off there quickly,” said Mark Russell, a Tour vice president for rules and competition. “We understand they're not life-threatening injuries.”

Third-round play was suspended for the day and the round will resume Sunday at 8 a.m. Justin Thomas and Brooks Koepka were in the day’s final group and were on the sixth hole when play was halted.

Tour officials said that based on the forecast, which called for a 50 to 60 percent chance of storms between 3 and 6 p.m., they made the decision not to move up tee times in an attempt to avoid the storms.

The Tour has been criticized in the past for not adjusting tee times when storms are in the forecast, but players weren’t prepared to start second-guessing the circuit.

“Absolutely we should have [moved up tee times], but the Tour has been doing this a long time and has made a lot of great decisions,” said Matt Kuchar, who was on the eighth hole. “This is a tricky one. I have a lot of faith in the Tour and their decision-making process.”

Gary Woodland, who was through 12 holes, added: “I’m sure with 30 players they thought they could get around and squeeze it in, but 7 p.m. finish makes it tough for that. It’s easy to say that afterwards. Now you’re just hoping everybody’s alright.”