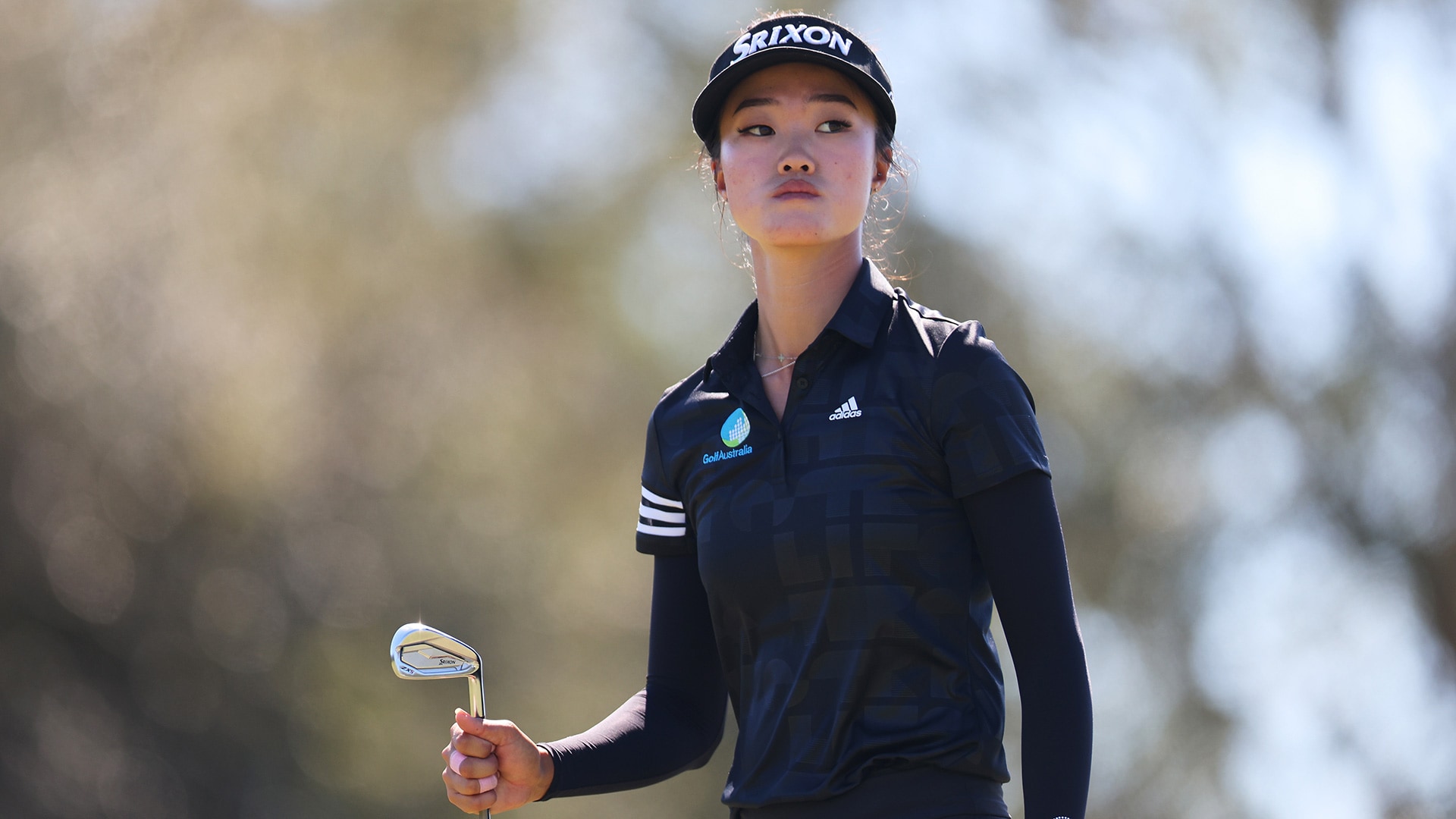 MELBOURNE, Australia – Local David Micheluzzi shot a course-record equaling 7-under 63 Thursday to take the first-round lead at the Australian Open, where the men’s and women’s championships are being played concurrently for the first time.

The 26-year-old Micheluzzi, who turned pro in 2019, grew up learning the game at courses like Victoria and Kingston Heath that form part of the renowned sandbelt courses in the southeast bayside suburbs of Melbourne.

“I’ve been here a 100 times, so, I know this course like it’s the back of my hand and I got the putter going, too, which was kind of nice,” he said.

Micheluzzi is one of the hottest players in recent months on the Australasian PGA Tour after his debut pro win in the Western Australian PGA six weeks ago. He also finished tied for seventh at the WA Open, tied for eighth at the Queensland PGA and was sixth at last week’s Australian PGA at Royal Queensland.

Another Australian, Grace Kim, led the women’s field with a 7-under 66 at nearby Kingston Heath that is also being used for the first two rounds of the championships, where men and women play in alternate threesomes at the two courses.

Kim, 21, who has earned her LPGA Tour card for next year, started with five consecutive birdies as she enjoyed the better morning conditions before the wind freshened for the afternoon groups.

“I was definitely nervous at the start because I haven’t played a tournament in over a month now,” said Kim, who has been home in Sydney the past month. “I got more nervous as the holes went on. I was just like, ‘Where are these birdies coming from?’ You know those times where it just goes in, I had one of those moments.”

Australian Hannah Green and South Korea’s Jiyai Shin also had 68s at Kingston Heath. Karrie Webb came out of semi-retirement to shoot a 5-over 77 at Victoria.

Green had the honor of hitting the first tee shot from the 10th tee at 7 a.m. and opened with a two-putt birdie at the par five.

She followed that up with an 8-iron to 6 feet for birdie at the par-3 11th and had the course at her mercy when she got to 6 under through 10 holes.

“I played a match with my fiancé on Monday and I think I probably had the same amount of birdies on the nine, so I knew it was out there,” Green said.

Micheluzzi has a three-shot buffer on another local player, Matt Griffin, and New Zealand’s Josh Geary. Griffin, who plays on the Japan tour, grew up in a house across the road from Victoria’s 13th hole.

Minjee Lee, one of the pre-tournament women’s favorites, made a steady start to finish with a 2-under 70 at Victoria, upstaging younger brother Min Woo Lee who could only manage an even-par 70 at Victoria (different pars for the men and women at Victoria).

Adam Scott finished with a 1-under 71 at Kingston Heath while Marc Leishman shot 70 and Australian PGA champion Cameron Smith shot 71, both at Victoria.