A lost ball, a triple and lots of bogeys put Bryson DeChambeau below Masters cut line 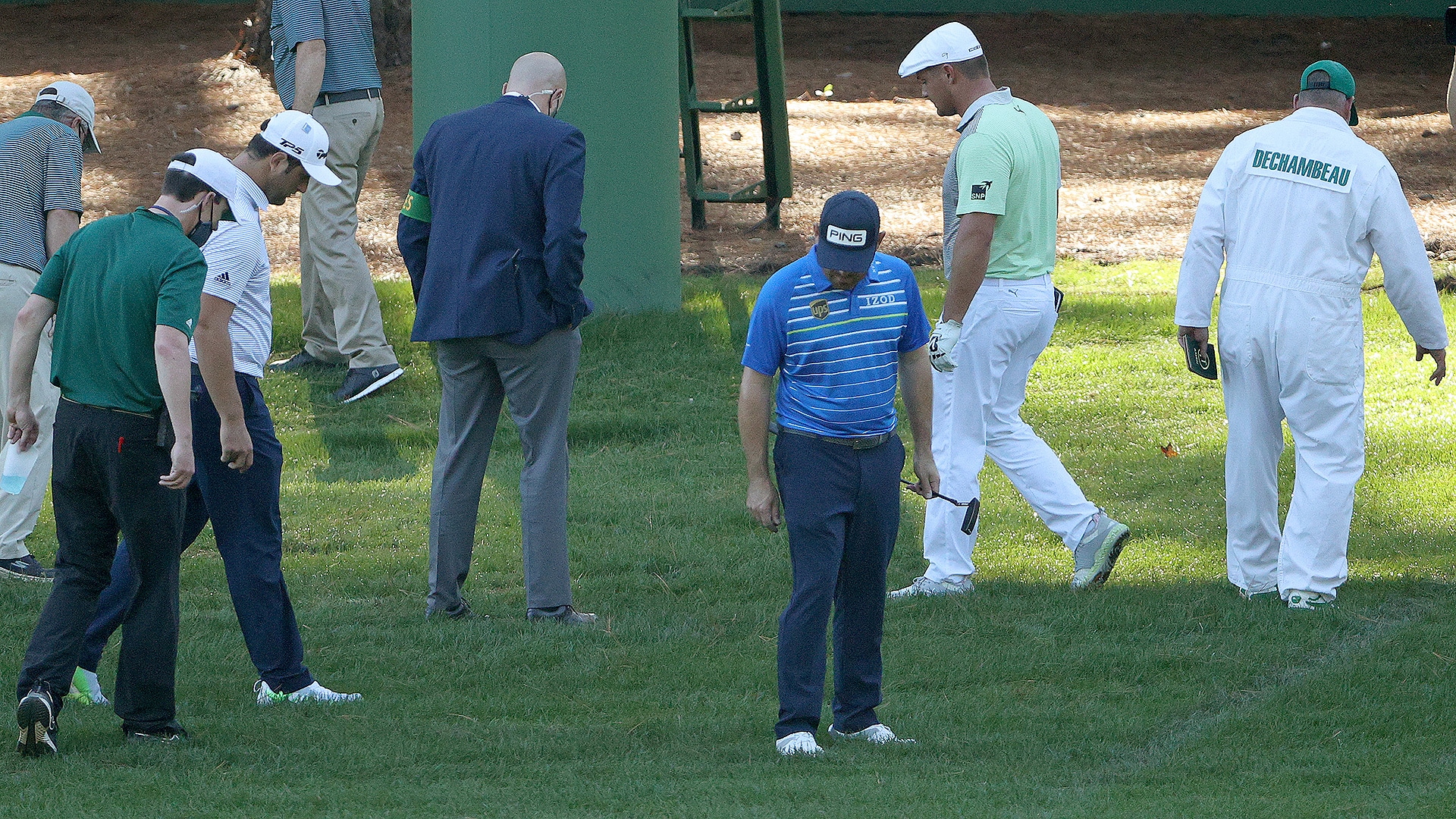 AUGUSTA, Ga. – The central character at the Masters is now battling just to make the cut.

When play was suspended because of darkness, Bryson DeChambeau was lining up a 17-foot putt for eagle on the par-5 13th hole. At 1 over par, he needs to play the six holes in no worse than 1 under to make the cut for the low 50 and ties.

The reigning U.S. Open champion opened with 70 but found trouble early in his round Friday at Augusta National. On the short par-4 third – the hole he said he planned to drive, perhaps with a 3-wood – DeChambeau’s tee shot sailed down the left rough line, sky high as always. (He has, by far, the highest apex on Tour.) Its landing spot, for a while, was unknown; the players, caddies, rules officials and volunteers couldn’t locate the ball, likely plugged, after a 3-minute search in the second cut.

The ball was later discovered, just off the fairway.

“We must have been close,” said Jon Rahm, who was in the group. “When you have Bryson hitting it as hard as he hits it, it’s kind of hooking with not much spin into a soft area. We were all confident it was pretty buried and it was going to be hard to find.

“It’s unfortunate that the Rules of Golf don’t let you figure out it’s somewhere there and keep playing, and he had to re-tee, and I know that affected him a little bit because he didn’t play his best golf after that. But he’s a fighter and he’s showing it. It was just unfortunate.”

So back to the tee went DeChambeau, who launched another tee shot into a similar spot. Only 50 yards away, his fourth shot flew the green, his chip ran past the hole and onto the fringe, and he two-putted from there for a triple-bogey 7.

DeChambeau flared his tee shot on No. 4 into the greenside bunker, leading to a bogey. He dropped another shot on 5, when he couldn’t get up-and-down from right of the green.

All of a sudden two shots off the projected cut line, DeChambeau mixed three birdies with two bogeys the rest of the way before heading to the 13th, his final hole before the horn sounded. The game’s longest hitter took an aggressive line over the left trees, turning his head to hear if he cleared the trouble. Indeed, his ball landed in the middle of the fairway, just 124 yards from the flag.

From there, DeChambeau hit a mediocre wedge shot, to 17 feet. He’ll have that for eagle when play resumes at 7:30 a.m. ET Saturday.

Instead of shutting down the lighted tournament practice area, DeChambeau headed straight to his car.