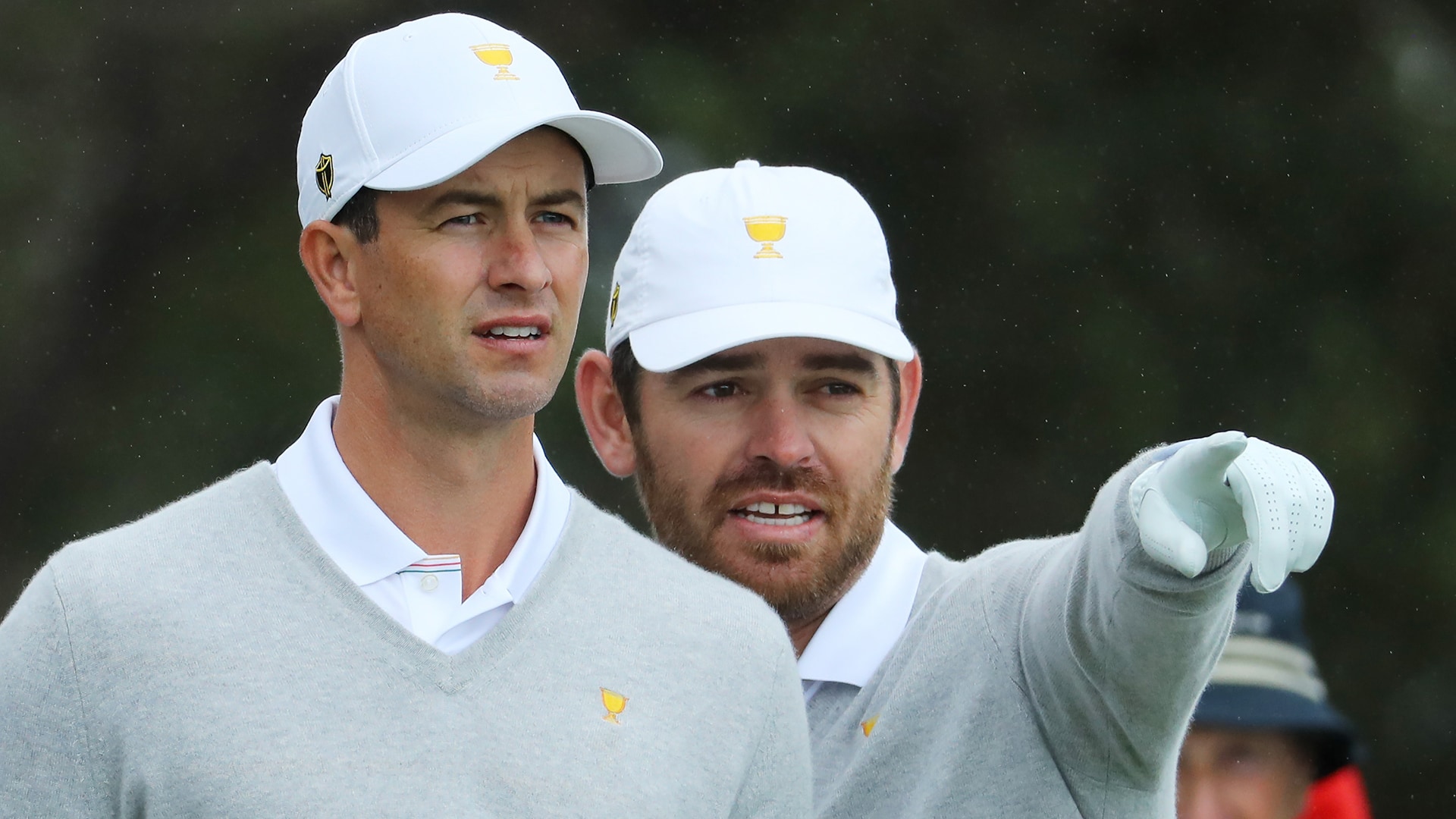 MELBOURNE, Australia – In a dozen Presidents Cup team matches in his career, Louis Oosthuizen has been paired with Brendan Grace more than half the time.

The duo was perfect in 2015 when they went 4-0-0, but International captain Ernie Els won’t have the South African tandem to fall back on with Grace failing to qualify for this week’s matches.

“I've never really played with anyone else, so it was weird getting pairings who I'm playing with. It was always set that I'm playing with Branden,” Oosthuizen said Tuesday at Royal Melbourne.

In fact, of the three partners Oosthuizen has been paired with in his three starts at the Presidents Cup – Grace, Jason Day and Charl Schwartzel – none are playing this week’s matches, which leaves the South African searching for a new partner.

“The way the boys are playing, I don't mind playing with anyone,” said Oosthuizen, who was paired with rookie Joaquin Niemann, Adam Hadwin and Adam Scott during Tuesday’s practice round. “It's fun to play with them, and I'm looking forward to the challenge of having someone new as a partner, but it shouldn't be a problem.”