Whan looking to move Evian back to summer 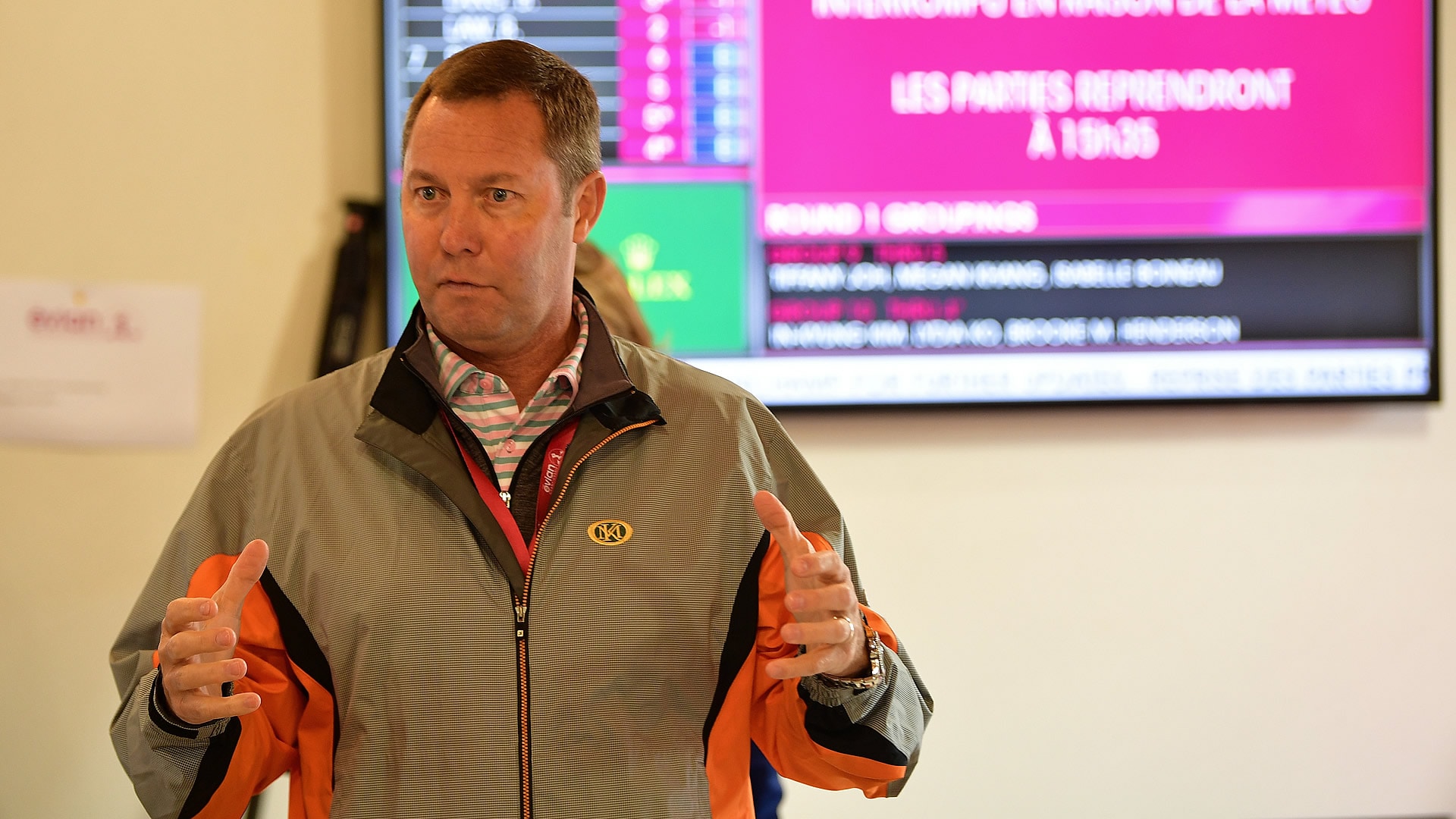 LPGA commissioner Mike Whan talked about his continuing interest in pursuing ownership of the Ladies European Tour, about next year’s LPGA schedule and a possible extension of the tour’s Race to the CME Globe and about future plans to improve the Evian Championship during his visit Tuesday to Golf Channel studios.

Whan said his proposal to take over ownership of the Ladies European Tour in partnership with the European Tour and R&A isn’t dead yet. He’s hoping to revisit the possibility in the spring.

Whan told GolfChannel.com that the LET is committed to continue governing itself, but that he hopes to renew discussions in April or May.

Whan teamed with the European Tour and R&A in September to make a formal pitch for taking over the struggling LET.

“The LPGA, the European Tour and the R&A came together with a plan where the three of us would fund the LET over a three-year period,” Whan said.

Whan said the proposal would require the LET to give up ownership of its tour and move under the LPGA’s umbrella in a partnership with the European Tour and the R&A.

It’s a big call for the LET.

“We told the LET if they wanted us to come in and invest this kind of money and make this kind of difference over the next few years, then it’s going to have to be a property we are going to own and run,” Whan said.

Whan said the timing of the proposal late in the year added pressure to the discussions with the 2018 season nearing.

“We agreed to reconvene in the late spring,” Whan said. “We will see where things stand then.”

Whan said with just three months left before the new year, the LPGA and its partners would have required a quick decision to be able to launch a rebuild for the 2018 season.

“I felt like I was adding pressure instead of relieving it,” Whan said. “I told them if the timing was bad, I can step away from the table at this time.”

With the season-ending CME Group Tour Championship in Naples, Fla., next week, Whan strongly hinted the Race to the CME Globe’s season-long point series may be securing a long-term future.

“Next week, we will have some news about the CME Globe,” Whan told Morning Drive. “We will be racing for the Globe for a lot of years in the future.”

Whan will unveil the LPGA’s 2018 schedule during next week’s CME Group Tour Championship. He said it will feature 35 events, as it did when he released the schedule last year, though there will be significant changes.

“We will lose a couple events and add a couple,” Whan said.

Whan hinted the two new events in ‘18 may include a second tournament in Hawaii, to add to the Lotte Championship, or at least be a location to easily twin with Hawaii and help travel plans for players making that long trip west.

“We are going to add another opportunity to stay out there a week longer,” Whan told Morning Drive.

On the Evian Championship ...

With bad weather plaguing the Evian Championship again in September, Whan faced criticism over his decision to scrub scores from the first round in France and then to shorten the major championship to 54 holes.

Whan said he believes in Evian as an LPGA major, but he regrets his decision to move the event to September, with its rainy season and its shorter days.

“The challenges we’ve faced are man-made,” Whan said. “And I’m the man who made them.”