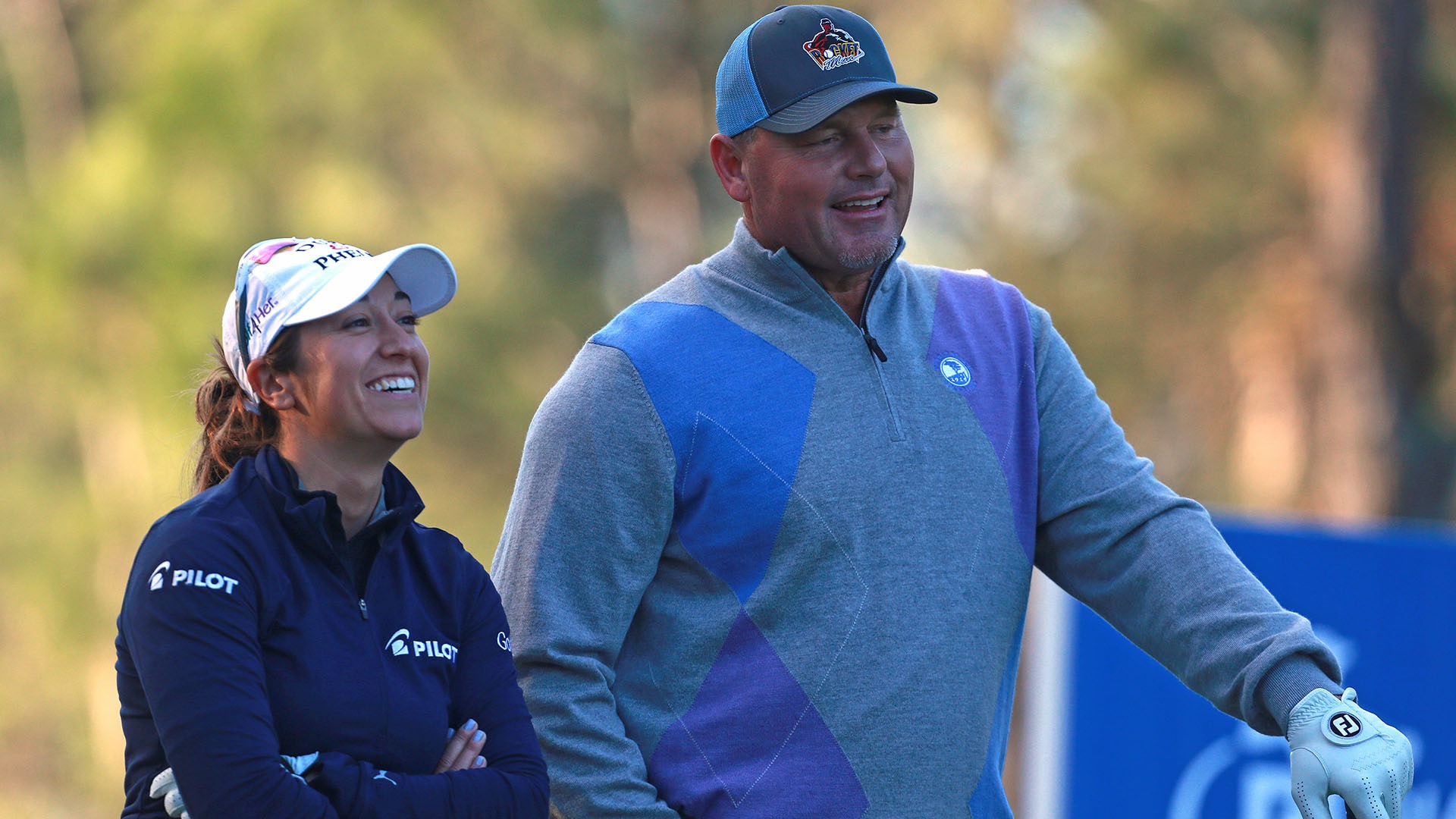 LAKE BUENA VISTA, Fla. – The party’s getting serious. Well, as serious as any tournament can get with Larry the Cable Guy in it.

With some of the biggest names in women’s golf climbing the leaderboard Friday, the inaugural Diamond Resorts Tournament of Champions has a chance to end in a star-studded shootout.

While the festive atmosphere continues to feel like the women’s version of the Pebble Beach National Pro-Am, the competition is intensifying, with some of the biggest names in the women’s game positioning themselves to win the LPGA’s season opener.

Brooke Henderson followed up Thursday’s 6-under 65 with a 67 to get to 10 under, two shots ahead of Rolex world No. 1 Ariya Jutanugarn, Lydia Ko and Eun-Hee Ji.

“It's always fun to be in the final group and be in contention,” Henderson said. “It's what we play for pretty much every single week.”

But this doesn’t feel like any week the LPGA’s ever staged.

Country Music singer Toby Keith broke out in song Friday while addressing his ball on the 18th tee, a 159-yard par 3 that is set up as the event’s party hole.

He couldn’t have picked a better song from among his hits. He rinsed his shot in the water, then set out to drown his sorrow.

“I just went and got a beer and went to my room,” Keith cracked after the round.

The 18th tee box has become a grass dance floor, with celebrities and sports stars breaking out their best moves while being introduced with music in the background.

“The music is definitely different,” Marina Alex said. “If you aren’t used to it, or you don’t like it, you need to get over that really quickly, because this is a great event.”

Henderson thrived among all the distractions, with a different kind of golf crowd out to watch.

“Sometimes, when you step up to hit a tee shot, or you step up to make a putt, you're like, 'Oh, this actually does mean something,’” Henderson said. “It's just a constant reminder of remembering to stay focused and stay in it.”

Henderson, 21, climbed back into the top 10 of the Rolex Women’s World Rankings with her victory at the Canadian Pacific Women’s Open late last summer. She’s seeking to win an LPGA title for the fifth consecutive year.

Henderson and Jutanugarn will be together in the final group in the third round, along with Mardy Fish, the newly named U.S. Davis Cup captain, who leads the celebrity competition.

Jutanugarn, 23, is seeing to strengthen her hold on world No. 1. She swept every major honor in the women’s game last year, and a victory this week will set her up for another big run.

“I didn’t expect to be 4 under today, because I hit it everywhere,” Jutanugarn said. “I’m going to say my short game helped me a lot.”

Jutanugarn relished her pairing with former NBA star Ray Allen. She said she picked his brain through the entire round for advice on how to manage her career.

“He told me about his experiences,” Jutanugarn said.

Ko said she didn’t expect the atmosphere to become any tamer as the end approaches.