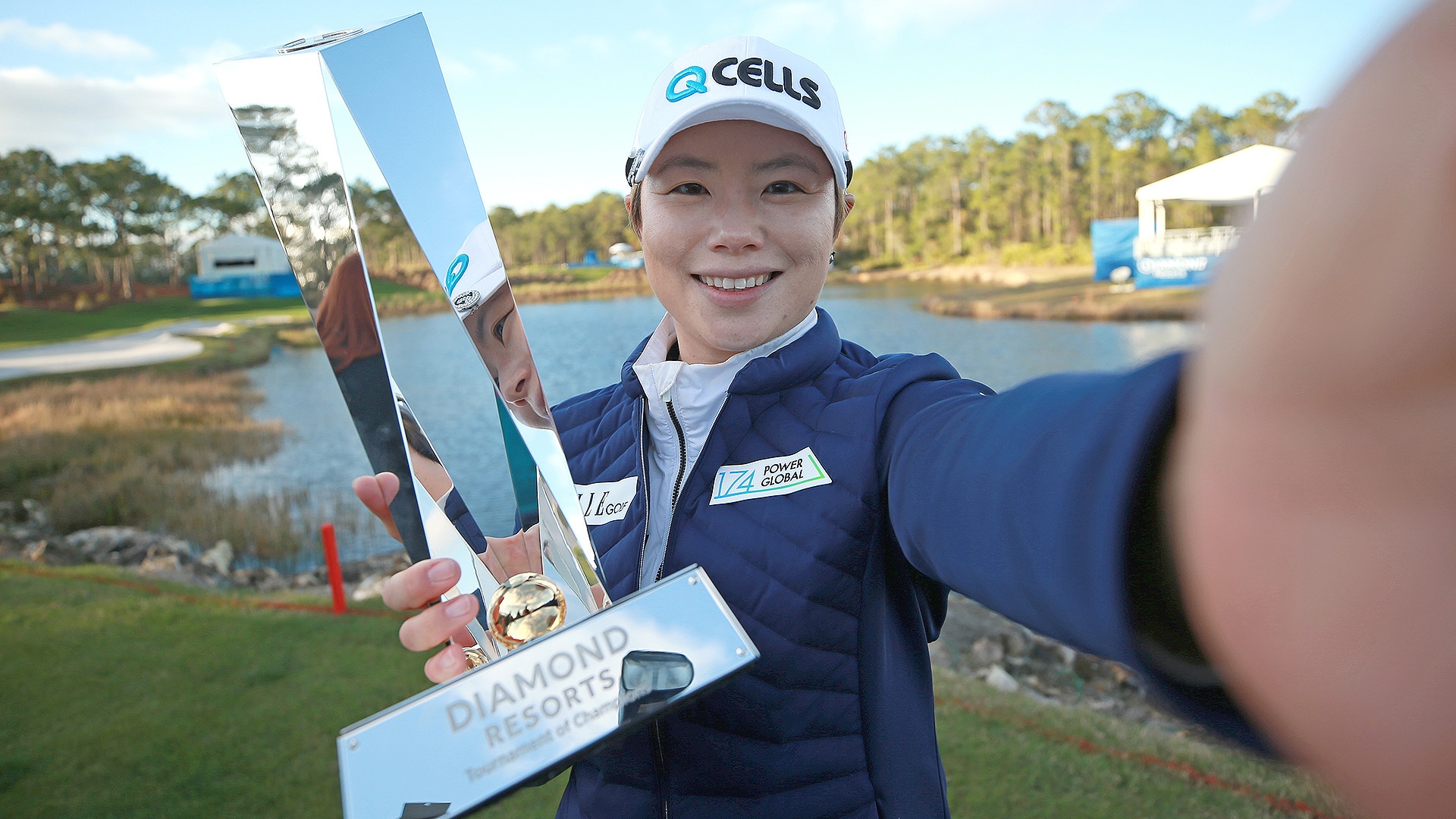 LAKE BUENA VISTA, Fla. – Nobody played through the party better than Eun-Hee Ji.

That was part of the challenge for LPGA pros in the inaugural Diamond Resorts Tournament of Champions, which quickly established itself as the rowdiest event on the women’s schedule.

How raucous was it?

There was a DJ stationed at the 18th hole all week long.

With Ji on the back nine Sunday closing out her fifth LPGA title, country music’s Toby Keith was four holes ahead, stoking the unrelenting celebration at the finishing hole. He stepped off his tee shot when the DJ played, “Whiskey for My Men and Beer for My Horses.” That’s one of his hits. He broke into dance, singing along.

LPGA pros were grouped with celebrities every round.

Major League Baseball Hall of Famer John Smoltz, who won the celebrity title, said he was curious how LPGA pros would handle a party atmosphere that is so different from anything else they play.

“I was a little curious, not being around them very often, just from playing with some occasionally, but they were great,” Smoltz said.

At 32, she’s now the oldest South Korean to win an LPGA event, but not too old to enjoy a good party.

“The celebrities were really funny,” said Ji, whose titles include the 2009 U.S. Women’s Open. “They made me laugh every hole.”

The uniquely festive atmosphere might not be for every LPGA pro, but it seemed like it. One tour pro after another left the scoring area professing their approval.

“I love this tournament,” Ji said. “I would love to come back.”

Even Lydia Ko, who had the lead Sunday before a couple of double bogeys on the back nine derailed her chances, left scoring with a smile, even after signing for a 77.

“It’s probably one of my favorite events on the calendar,” Ko said.

Apparently, Ji was perfectly suited to win this kind of event.

“She’s one of those players who nothing fazes,” Ko said.

“My favorite is cars, making Legos,” Ji said, using her hands to demonstrate the approximate 4-foot size of the models she builds. “It takes me like four hours.”

In any other week on tour, LPGA pros won’t be seen signing autographs and stepping into selfies with fans during an official round. With the celebrities doing exactly that, LPGA pros joined in.

“I just think it's such a great way to start the year,” said Stacy Lewis, who tied for sixth in her return to the tour after giving birth to her first child last fall. “It's super relaxed, and these guys are out here having fun. Maybe, middle of the year, you're grinding to make a U.S. Open, it's a little bit different. But to start the year, it's just a lot of fun.”

The galleries were larger than at average LPGA events, with a large portion of that coming out to see the celebrities and professional athletes from other sports. That gave the LPGA exposure to mainstream fans they wouldn’t normally get. The media contingent was also significantly stronger than the LPGA enjoys in an average event.

“This is the first year of something we are going to keep going,” LPGA commissioner Mike Whan pledged. 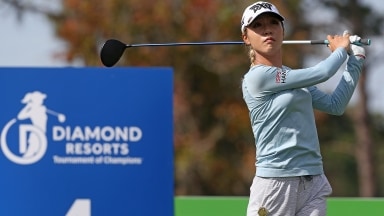 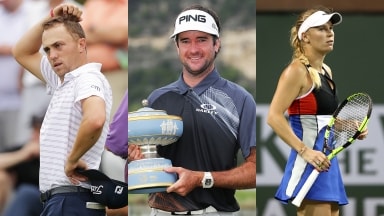 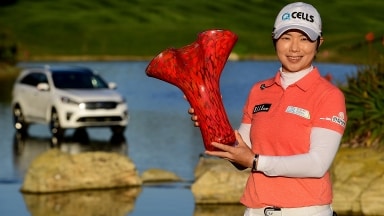 Shortly after Cristie Kerr birdied to move with a shot of Eun-Hee Ji’s lead, Ji answered with a hole-in-one and rode that momentum to a victory at the Kia Classic.