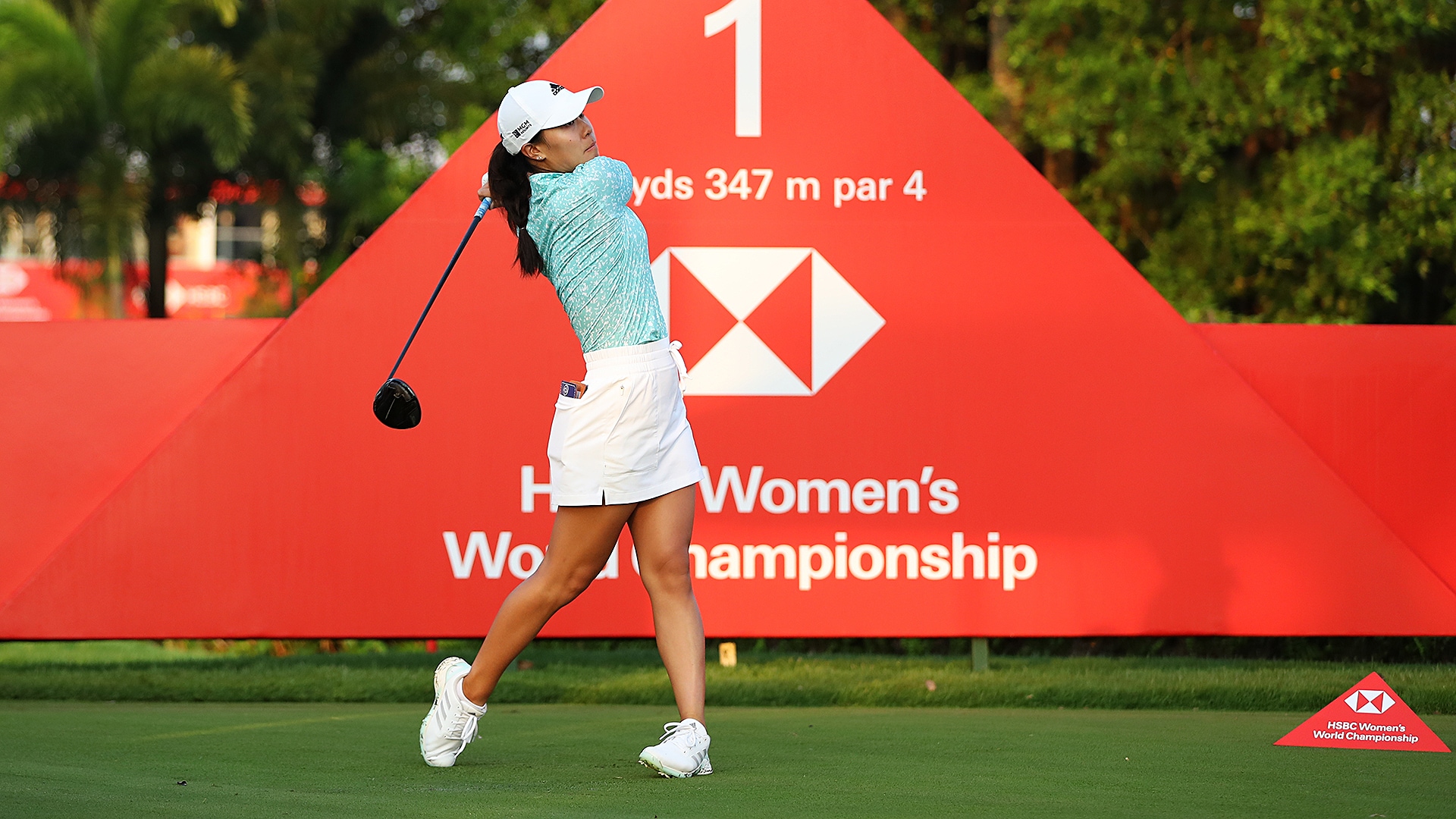 The LPGA Tour is headed to Asia for an abbreviated two-event schedule in Singapore and Thailand for the first time in 18 months and minus several tournaments because of continuing concerns over COVID-19.

A third tournament was scheduled in China – the Blue Bay LPGA on Hainan Island – but the LPGA canceled that event three weeks ago because of pandemic travel restrictions.

The pandemic severely disrupted the LPGA Tour’s 2020 schedule, as it did to other major sporting events around the world. The LPGA played two tournaments in Australia in February 2020 – they were canceled this year – and was expected to head to Bangkok, Singapore and Blue Bay until the emergence of the coronavirus meant those tournaments and some 15 others were shelved.

In Singapore, 69 players will tee off Thursday in the no-cut event at Sentosa for the 13th edition of the tournament, including world No. 1 Jin Young Ko, No. 2 Inbee Park and defending champion from 2019 Sung-hyun Park, all of South Korea.

There will be limited spectator access to the course. Singapore has had only 30 deaths attributed to COVID-19 and most of the current virus cases are those who have arrived from overseas and are in quarantine.

Players will have to undergo COVID-19 testing before they leave for Singapore and once they arrive, quarantining in their rooms until a negative test is returned, tournaments organizers said in a statement to The Associated Press on Tuesday.

Players and officials will also be required to remain mostly at their hotels and wear masks and maintain social distancing on the golf course.

Other top 10 players at Sentosa will include No. 5 Danielle Kang of the U.S., Lydia Ko of New Zealand, whose win in Hawaii a week ago moved her up to No. 7, No. 9 Hyo-joo Kim of South Korea and No. 10 Nasa Hataoka of Japan.

Jin Young Ko said it’ll be tough not being able to go out much, but she has that covered.

“I have a friend in Singapore, so he delivered lots of food yesterday, lunch and dinner,” she said Tuesday. “I ate lots of dumplings, and I had chilli crabs for dinner, so I’m full still.”

Lydia Ko said she slept for 13 hours on the 17-hour flight from Los Angeles to Singapore, beating Jin Young Ko’s slumber time by an hour on the same flight. Lydia Ko says she accepts all the extra COVID-19 rules in effect during her stay.

“Obviously if those weren’t there, we wouldn’t be able to come and play,” the New Zealander said. “Everyone’s got the same playing field and everyone is going to go through the same process. I think you just have to adjust.”

ANA Inspiration winner Patty Tavatanakit will make her Singapore debut after receiving a sponsor invitation. The 21-year old from Bangkok, who played college golf at UCLA, won the first major championship of the year in her rookie season on tour.

She is joined by fellow Thai players Ariya and Moriya Jutanugarn, Jasmine Suwannapura and Pornanong Phatlum, all of whom are expected to be playing again the following week near Bangkok.

“I’m feeling good about where my game is right now,” Tavatanakit said after receiving her sponsor exemption. “The win at the ANA Inspiration hasn’t really sunk in yet. I’ve always followed the (Singapore) tournament from home in Thailand, and I’ll be familiar with the conditions.”

After the Thailand tournament, the LPGA Tour returns to the United States for the Pure Silk Championship at Williamsburg, Virginia.

Current plans are to have the LPGA return to Asia later this year – from mid-October to early November  for four tournaments in Shanghai, Busan, South Korea, Taipei, Taiwan and Shiga, Japan. All four tournaments were last played during the same period in 2019. 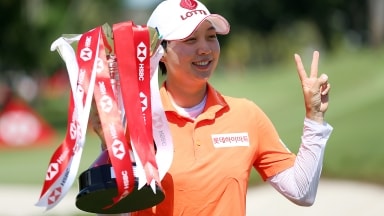 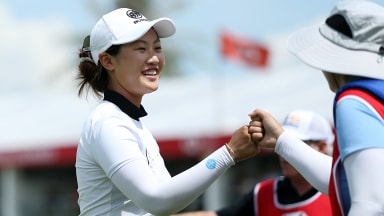 China’s Xiyu Lin tapped in on the 18th hole for her fourth birdie of the back nine and a 5-under 67 to take a one-stroke lead Saturday after three rounds of the HSBC Women’s World Championship. 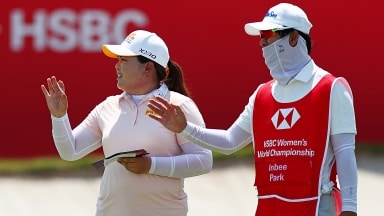