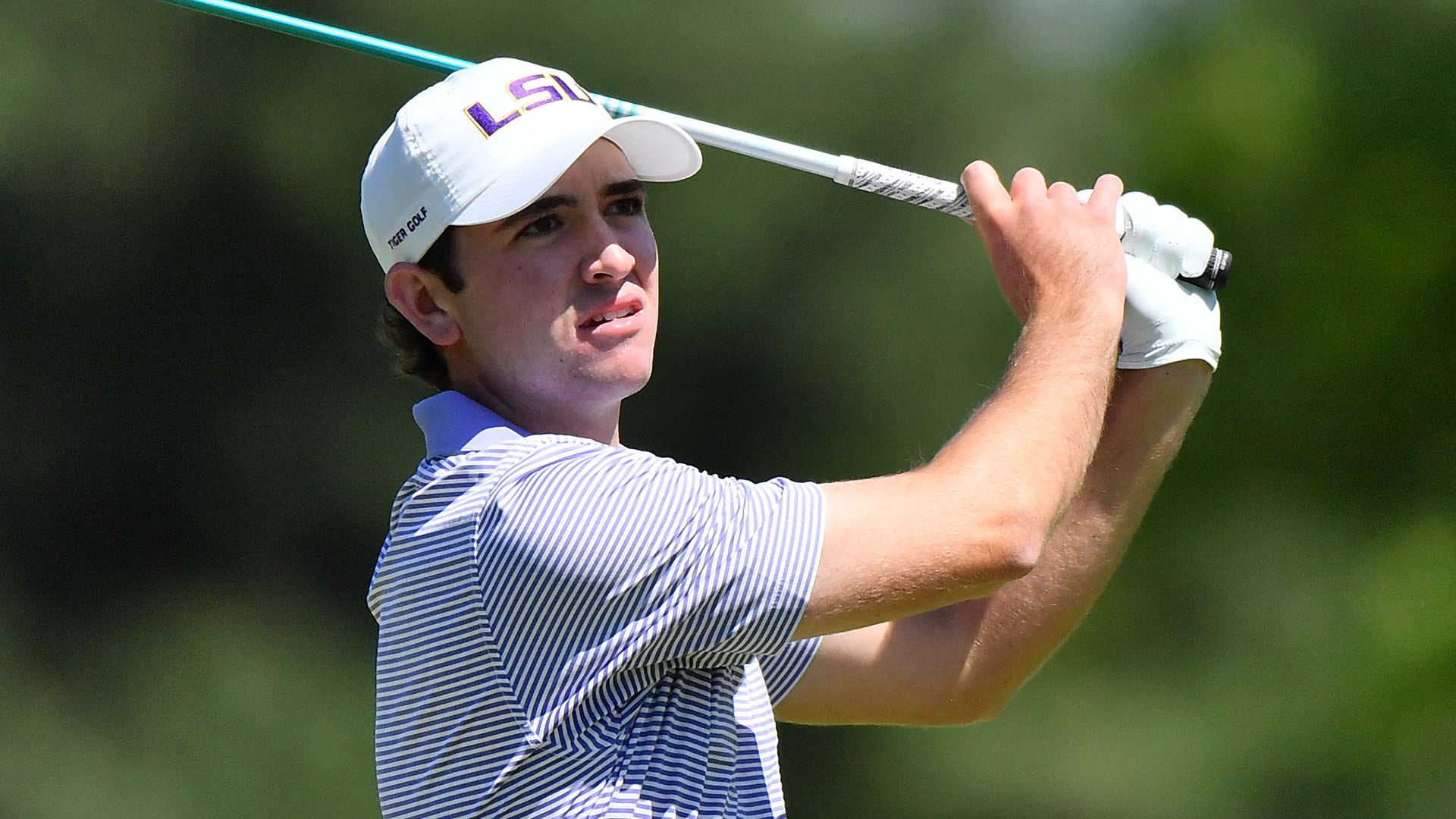 Instead, it was LSU that mounted a back-nine charge to capture The Prestige.

Led by Philip Barbaree's pair of holeouts and closing 5-under 66, the No. 17 Tigers shot 5 under as a team in the final round – 7 under in a bogey-free final nine holes by their four counting players – to finish at 14 under, six shots clear of the reigning NCAA champion Cowboys.

"It wasn't easy," LSU head coach Chuck Winstead said. "We weren't in a good spot, really, (Nos.) 5-7, right there, and to their credit they rallied. Philip had a fantastic day and the other guys played well down the stretch, and that's how you win a tournament."

The victory marks the second of the season for LSU and the Tigers' third win at The Prestige in the past four editions of the event. The runner-up finish by Oklahoma State snaps its three-tournament winning streak in stroke-play events.

Barbaree, a junior from Shreveport, La., double-bogeyed the fifth hole before capping his front nine with birdie at No. 7, a chip-in eagle at No. 8 and a holeout from the fairway at No. 9 for another eagle. The second eagle pulled LSU, the 36-hole leader by five shots, back to within two shots after the Cowboys took the lead with a fast start on Wednesday.

Shot of the day... so far: @PBarbaree_PGA @LSUMensGolf Hole-out Eagle at 9th #Prestige Presented by @CharlesSchwab #LIVESTREAM NOW to end of final round. https://t.co/tR46HDGTfK pic.twitter.com/9qVQb8Dun7

Luis Gagne, Trey Winstead and Garrett Barber each added even-par 71s and combined for five birdies on the back nine to help the Tigers retake the lead and ultimately close out the victory. Barbaree finished T-3 while Gagne (T-6), Winstead (T-11) and Barber (T-14) all finished in the top 15.

Oklahoma State junior Viktor Hovland captured his third medal of the season, shooting a closing 66 to finish at 8 under, a shot clear of Stanford's Brandon Wu. Hovland has yet to finish worse than T-8 in four events this season. he also went 4-1 at the Big 12 Match Play.

Sophomore Austin Eckroat chipped in a T-3 finish for the Cowboys. But fellow sophomore Matthew Wolff finished outside of the top 10 for the first time this season. Wolff, who entered the week with four individual victories, tied for 14th.