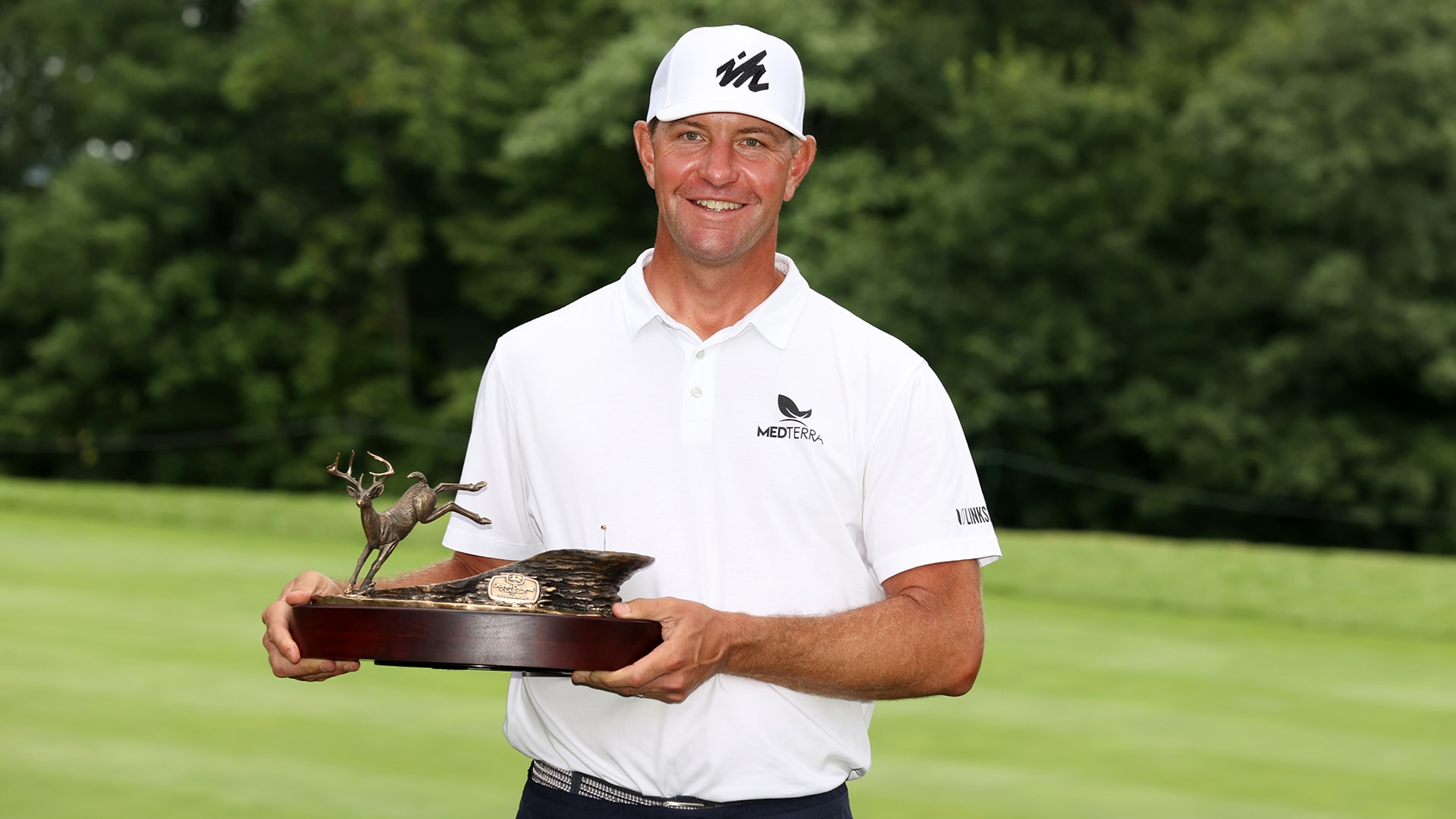 SILVIS, Ill. — Lucas Glover ended 10 years without a victory Sunday when he birdied five of his last seven holes for a 7-under 64 to win the John Deere Classic by two shots.

Glover won for the fourth time in his career, the most recent in 2011 at Quail Hollow.

He was among two dozen players separated by three shots on the rain-softened TPC Deere Run when the former U.S. Open champion went on a tear.

It started with a 15-foot birdie putt on the par-3 12th hole. He hit his approach into 4 feet and 7 feet on the next two holes, and then flushed a 7-iron to 3 feet on the 15th hole to take the lead.

Glover finished his run with a 12-foot birdie on the par-5 17th, and a 6-foot putt to save par from the bunker on the 18th that he figured would come in handy.

It never got to that. No one could catch him.

Glover kept it simple, with his game and his observations, saying he “ironed” it well and made a bunch of putts. That’s the recipe on a course with smooth greens and soft conditions.

“They went in and I kept the pedal down,” Glover said when he finished at 19-under 265. “There’s a lot of birdies out there, a lot of great players coming in.”

Kevin Na tried to make a run with three birdies in four holes until he was slowed by a bogey on the 15th and couldn’t make up enough ground. He shot a 68. Ryan Moore also closed with a 68 for a runner-up finish.

Sebastian Munoz of Colombia, who started the final round with a one-shot lead, hit a shank from an awkward stance with the ball above his feet on the first hole. He made bogey and it was a sign of struggles to come. He closed with a 71 and tied for fourth, three shots back.

“Took me three holes to readjust from that, and then did a good job from there,” Munoz said.

Schenk had a one-shot lead with five holes to play as he sought his first PGA Tour victory. But on the reachable par-4 14th hole, he went well right into a nasty lie in the thick, wet rough. He came up short of the green in more deep grass, chipped some 20 feet long and made bogey.

Glover was playing alongside him and made another birdie for a two-shot swing. Glover kept going and Schenk had to settle for pars.

The victory at the 50th edition of the John Deere Classic sends Glover back to the Masters, the PGA Championship and allows him to start next year on Maui for the Tournament of Champions, a place he hasn’t been in a decade.

“It’s been a long 10 years. There’s been some struggles,” Glover said. “I knew it was in there. I had to clean up my brain a little bit and just hit some shots, just play golf. I never lost sight of believing I could do this and win again. It’s always nice to prove yourself right.”

Glover already was in the British Open from having reached the Tour Championship in 2019 (the 2020 British Open was canceled by the pandemic). Moore earned the lone spot at Royal St. George’s, though it was unclear he was going to take it. 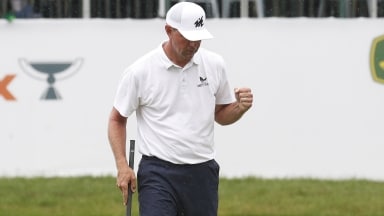 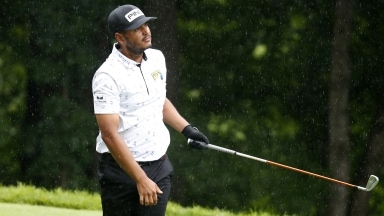 Sebastian Munoz hit a shank on the first hole Sunday at the John Deere Classic to quickly lose his solo lead. 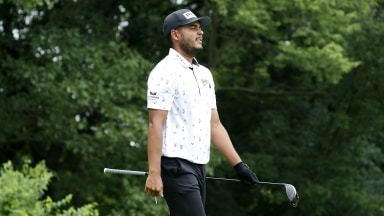 Sebastian Munoz shot 4-under 67 Saturday and took a one-shot lead going into the final round of the John Deere Classic.