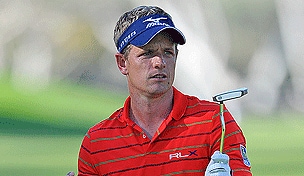 PALM BEACH GARDENS, Fla. – At first glance, the tournament name looks like a throwback, a reminder of a bygone era when every event wasn’t attached to a corporate sponsor.

That’s a refreshing development in a world dominate by corporate code, but upon further examination it’s much more beneficial – in many ways – to own such an attachment.

“I haven’t even given up hope that in 2013 we won’t play as the Tampa Bay Championship,” tournament director Kevin Krisle said recently. “That’s still certainly something we haven’t thrown out. Think back to Farmers, when they came on about 10 days before the tournament [in 2009 at Torrey Pines]. That can happen anywhere. There’s some great problems you’d love to have. I’d love to undertake that challenge.”

Barring bringing in a title sponsor for this year’s event, which begins in two weeks, Krisle maintained that he’s still optimistic about the long-term standing of the tournament.

“It’s always upsetting to lose a tournament, no matter what tournament it is, especially on a course that a lot of players respect like Copperhead,” said defending champion Luke Donald. “Of all the Florida courses, I think it had the strongest field and it would be a shame to lose the tournament because of that.”