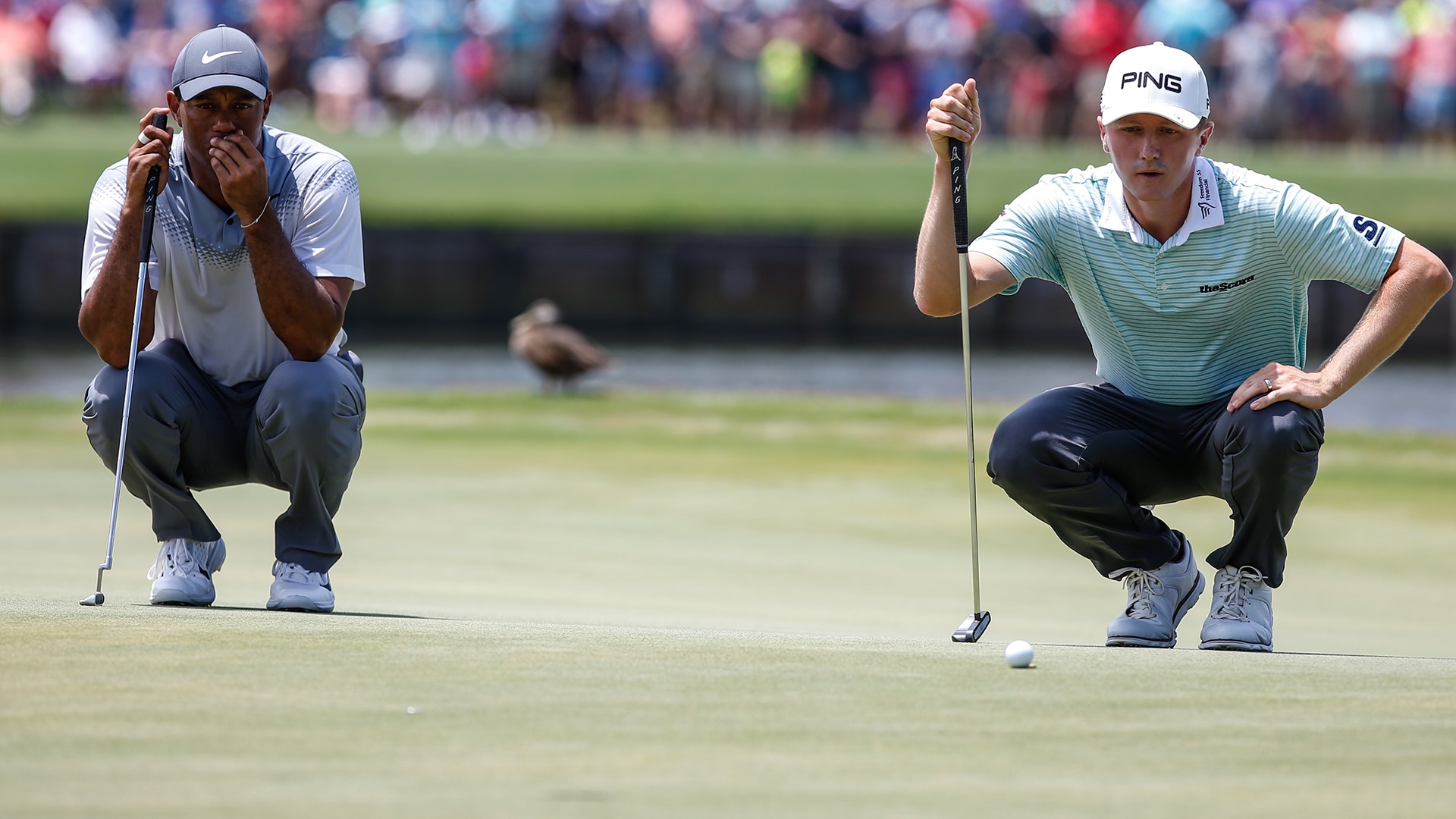 PONTE VEDRA BEACH, Fla. – Mackenzie Hughes’ only prior interaction with Tiger Woods came earlier this year. Seated five feet away from him in the Bay Hill locker room, the 27-year-old Canadian was too shy to introduce himself.

“I had no valid excuse to say, 'Hey, I’m Mackenzie Hughes,'” he said with a laugh Saturday. “So I just sat there quietly and listened in, a fly on the wall.”

Hughes finally got his opportunity during the third round of The Players, as he teed off with his boyhood idol at 9 a.m., more than five hours before the leaders. And Woods put on quite a show, playing his first 12 holes in 8 under and firing his career-best round at TPC Sawgrass, a 7-under 65 that, at least for a few moments, vaulted him into the top 10.

All things considered, Hughes acquitted himself nicely, too, running off four birdies in a row around the turn and shooting 68.

“The crowd knew I was there,” he said. “Got a couple claps.”

It's been a rough season for Hughes. The 2016 RSM champion has played 16 events, missing 13 cuts and finishing no better than 54th.

But an experience like he had Saturday could prove invaluable. His 4-under 68 was his lowest score to par this season.

“It’s 90 degrees,” he said, “but I can assure you I had some goosebumps and shivers at times out there when you hear some of the roars and you realize that you’re playing with Tiger Woods and he’s doing what he’s doing and I’m hanging in there. It was fun.”

Echoing what several of the other young players have said this season, Hughes was surprised by the circus that accompanies Woods during every round. He played with Phil Mickelson during his first Tour start, in Napa, Calif., but this wasn’t comparable.

“The amount of yelling, all the comments, I don’t know how he does this every day,” he said. “It almost makes me appreciate what he does more.”

Earlier this year, at the Honda Classic, Patton Kizzire said that he was more nervous playing alongside Woods than during his two wins this season.

“Starting out it had that vibe that you were playing for a title, playing to win,” he said. “It had that feel to it, which is crazy at 9 a.m. on a Saturday morning. But that’s just what he does. I wasn’t terrified of the moment, but it gets the butterflies going in a good way.”