Making future U.S. cup teams might be more challenging than the matches 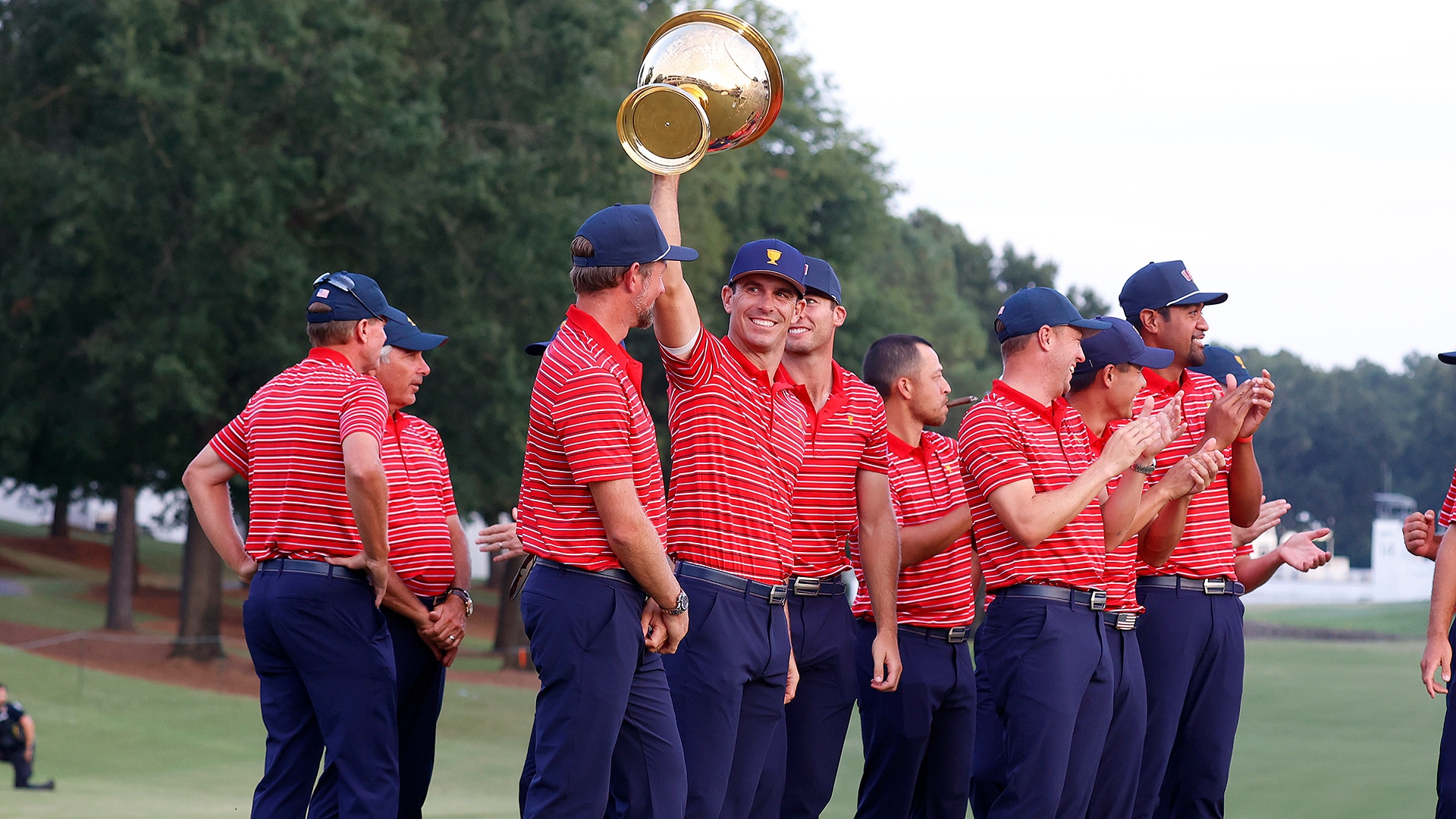 CHARLOTTE, N.C. – The cup was already decided. Beer and liquor were being poured discretely into U.S.-logoed bottles. But as Jordan Spieth, Justin Thomas and others gathered around their Team USA golf carts on the 18th hole Sunday afternoon, they quickly came to a realization.

Kevin Kisner was a late addition to this stacked U.S. team, which boasted the third-strongest roster in the world-ranking era (11.5 average). Tabbed by captain Davis Love III after rising star Will Zalatoris suffered a back injury in the FedExCup Playoffs, Kisner didn’t reach the Tour Championship but was told by Love to put down the bow and fishing pole and remain sharp. He arrived at Quail Hollow having not played competitively in about a month, but he summed up his expectations thusly: “I’m going to dink it down the fairway and hopefully make a lot of putts to piss people off.”

After all, that’s what he’d done almost every year at the WGC-Match Play, where he’s become one of the toughest outs. Kisner’s sterling match-play record, combined with his past cup experience (2017) and popularity in the team room, made him a logical choice as a late replacement. Still, there was little denying he was the outlier among Team USA’s glamorous group. At 38, he was the oldest by three years, his teammates – who comprised the youngest squad in history (29.6) – relentlessly teasing him as “grandpa” and “pops.” His skill set was also an anomaly, a short knocker on a team of bombers preparing to tackle a beefy track. In a practice-round match, Kisner teamed with big-hitting Cameron Young against Spieth and Thomas. The format was still to be determined, but on the opening hole, Young smashed a drive over the dogleg, prompting Kiz to quip, “With a drive like that, I don’t give a f--- what we play.” 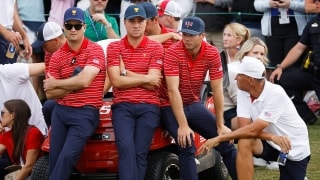 In three matches Kisner managed only a half-point – he joked that he was there solely because he “brought the fun” – but his inclusion to the team was never going to be the difference-maker for the heavily favored Americans. The U.S. team’s readymade pairings of Spieth-Thomas and Xander Schauffele-Patrick Cantlay were expected to carry the load – and they did in a five-point victory at Quail Hollow. But Kisner’s cup appearance (and, to a lesser extent, Billy Horschel’s) underscored how the U.S. core is only getting tighter and stronger, and that the race to make the 2023 Ryder Cup team might be as competitive as the actual matches in Rome.

Afterward, with the celebrations already underway, Horschel acknowledged that harsh reality. “At 35, it’s going to be a rarity in the future,” he said, “and so I’m going to have to play really well to make the Ryder Cup team because it’s going to be another challenge, just as it's going to be for decades to come. I’m not one to cry, but there was an understanding that although hopefully this isn’t my one and only, I cherished it like it may be the only team I make.”

There’s always unexpected turnover with these cup teams. Few could have foreseen that only seven of the 12 U.S. members of the 2021 Ryder Cup team – the most dominant in cup history – would make the Presidents Cup roster 12 months later, the significant changes prompted by LIV (Dustin Johnson, Bryson DeChambeau, Brooks Koepka) and injury (Harris English, Daniel Berger). But looking at the latest American lineup, it's hard to envision more than a few replacements for the 2023 team – and that those additions would need to slide seamlessly into an established group that is youngish, cohesive and competitively cocky.

The most obvious insertion is Zalatoris, ranked seventh in the world. Barring a slow recovery from his back injury, he is expected to make the team in Italy and would seem a natural fit because of his age (26) and decades-long friendship with Spieth and Scottie Scheffler, among others.

Who else could make their cup debut?

Sahith Theegala, 24, is a popular pick to build off his breakout rookie campaign, and his ebullient presence would immediately gel with the rest of the squad. Talent-wise, few can match Davis Riley, 25, the former Alabama alum and protégé of Thomas. Aaron Wise, 26, has battled for years with Scheffler and Sam Burns and is fresh off the most consistent season of his career. A host of others (J.T. Poston, Denny McCarthy, Maverick McNealy, all in the sweet spot, 29 or younger) could easily play their way into consideration next year.

Indeed, these are high times for USA Golf, which has won its past three team competitions by a combined 17 points. Much was made last weekend (and deservedly so) of the inspired performance by the depleted International team, which earned more points on the weekend than the U.S. But Love made it clear Sunday night that both he and his assistants never sweated the eventual outcome, even after the Internationals cut the deficit to the “magical” four-point margin heading into singles. 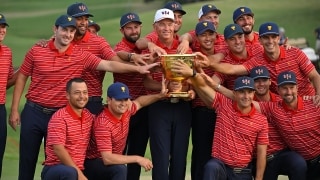 “I wouldn’t want to be on the other side,” Love said. “When we left here [Saturday night] we went, ‘There’s no chance. Look at who they have to play.’ We put out our first six or seven guys, and we said, ‘Look at who we have left! It looked like we were saving guys.’”

Of course, the U.S. almost always owns the talent edge, and yet the Americans will enter next year’s Ryder Cup looking for their first victory on foreign soil in 30 years. The 2018 team was even better, rankings-wise, than this Presidents Cup squad, but their chances were undermined by personality clashes and disunity. They lost by seven.

Those concerns have largely been eliminated, and what remains is a tighter, battle-tested U.S. core that cares not just about winning but each other.

“The team rooms that we’ve had the last few years, it’s going to stay that way,” Spieth said, “and I’m very confident in our ability to go over there and win. You could tell me the last time it happened over there, but nobody here has any scar tissue. Everybody on this panel would very much embrace what that looks like next year.”

That panel figures to be tweaked, slightly, but its collective purpose will remain unchanged. The Americans are there to dominate.