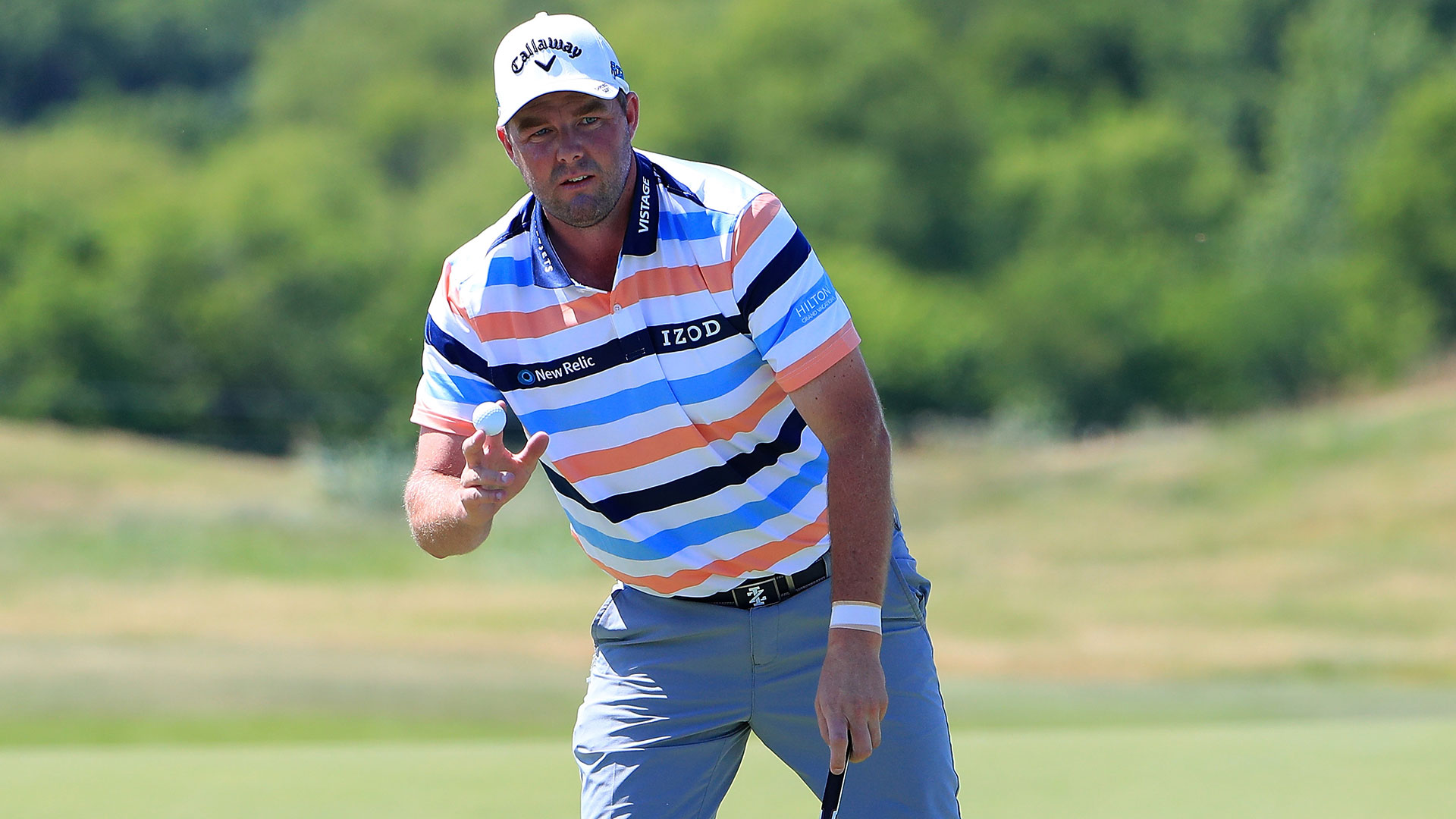 Australian Marc Leishman blistered the AT&T Byron Nelson's new home course, Trinity Forest, for a 10-under 61 Thursday, taking a three-shot lead after the first round. Here's how things stand going into the second round in Texas:

What it means: A week after The Players Championship, most of the PGA Tour's biggest names are taking a break. Only five of the top 25 in the Official World Golf Ranking are in the Byron Nelson field, the two highest-ranked being No. 5 Jordan Spieth and No. 9 Hideki Matsuyama. Some of those sitting it out are just tired. Others have their doubts about the Nelson's new home course, Trinity Forest, which replaces TPC Las Colinas.

Round of the day: It's probably a safe bet that Leishman has no issues with Trinity Forest after going 10 under. He got off to a great start, rifling a 237-yard approach to 3 feet to set up a short eagle putt on the first hole. He added two birdies on the front nine to turn in 4 under, then mixed four more birdies with another eagle for a 29 on the back.

Best of the rest: Spaun and Walker both shot 7-under 64. Spaun played the back nine first and gave no indication he was going to go low, turning in a mere 1 under after making two birdies and a bogey. But on the front nine he was a different golfer, with birdie runs of four holes (2-5) and two holes (7 and 8) adding up to a 30 and a 64. Walker, meanwhile, played the nines in traditional order and did most of his damage on the front. Like Leishman, he eagled the first hole, hitting his second shot to 4 1/2 feet from 214 yards. He added three birdies for a front-nine 31, then cooled down somewhat, adding only two more birdies on the back nine.

Biggest disappointment: David Duval took a hiatus from his Golf Channel analyst's seat, but it's doubtful he's happy with the result - a 9-over 80 that left him dead last in the field.

Shot of the day: Matt Kuchar missed the green on the second hole, a 216-yard par-3. But no matter, from 68 feet he holed his chip shot for a birdie.

Biggest storyline going into Friday: With an awkward spot on the PGA Tour calendar, Nelson officials knew their field would be short on star power. But they did get some big names to show up, and they have been hoping they would be among the contenders. But after one round, Jordan Spieth is eight shots back, Sergio Garcia is 11 back and so is Matt Kuchar. But it's early.