Mark Hubbard goes from getting stabbed in foot to leading Sanderson Before taking the 54-hole lead Saturday at the Sanderson Farms Championship, Mark Hubbard didn’t exactly have the best preparation for Country Club of Jackson. He was nursing a foot injury – but not just any injury.

“My daughter got me sick, and then accidentally knocked off a kitchen knife off the counter and stabbed me in the foot,” Hubbard said, “so I had a hole in my foot this whole week, and I didn't get to practice at all last week, so I was just kind of coming here trying to get ready for Vegas to be honest. I think that probably has a lot to do with expectations being low.”

After a 7-under 65 put him one shot clear of the field entering Sunday’s final round, Hubbard has certainly exceeded expectations a week early. 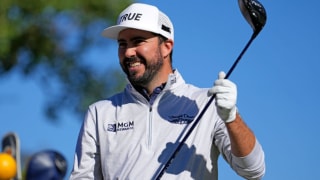 Hubbard has gone 163 starts over six years without winning, and this is his first time holding a 54-hole lead on the PGA Tour.

But there was still some modesty in his remarks.

Though he’s gone 163 starts without a victory on the PGA Tour and nearly fell out of the top 300 in the world rankings, Hubbard has a pair of top-4s on Tour since July.

“That being said,” Hubbard continued, “I felt incredible about my game for the last six, seven months, so I'm just kind of trying to go with it and keep those expectations low and just try and hit good golf shots.” 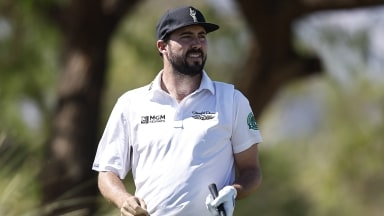 Mark Hubbard was disqualified Friday at the Cadence Bank Houston Open after knowingly competing with 15 clubs on his last nine holes. 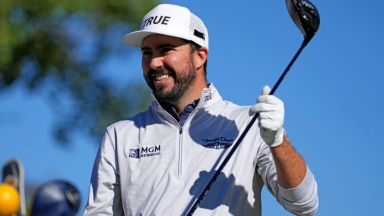 Hubbard has gone 163 starts over six years without winning, and this is his first time holding a 54-hole lead on the PGA Tour. 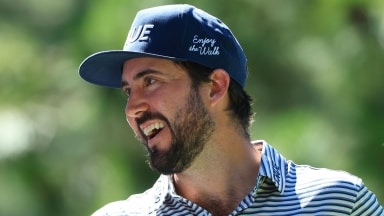