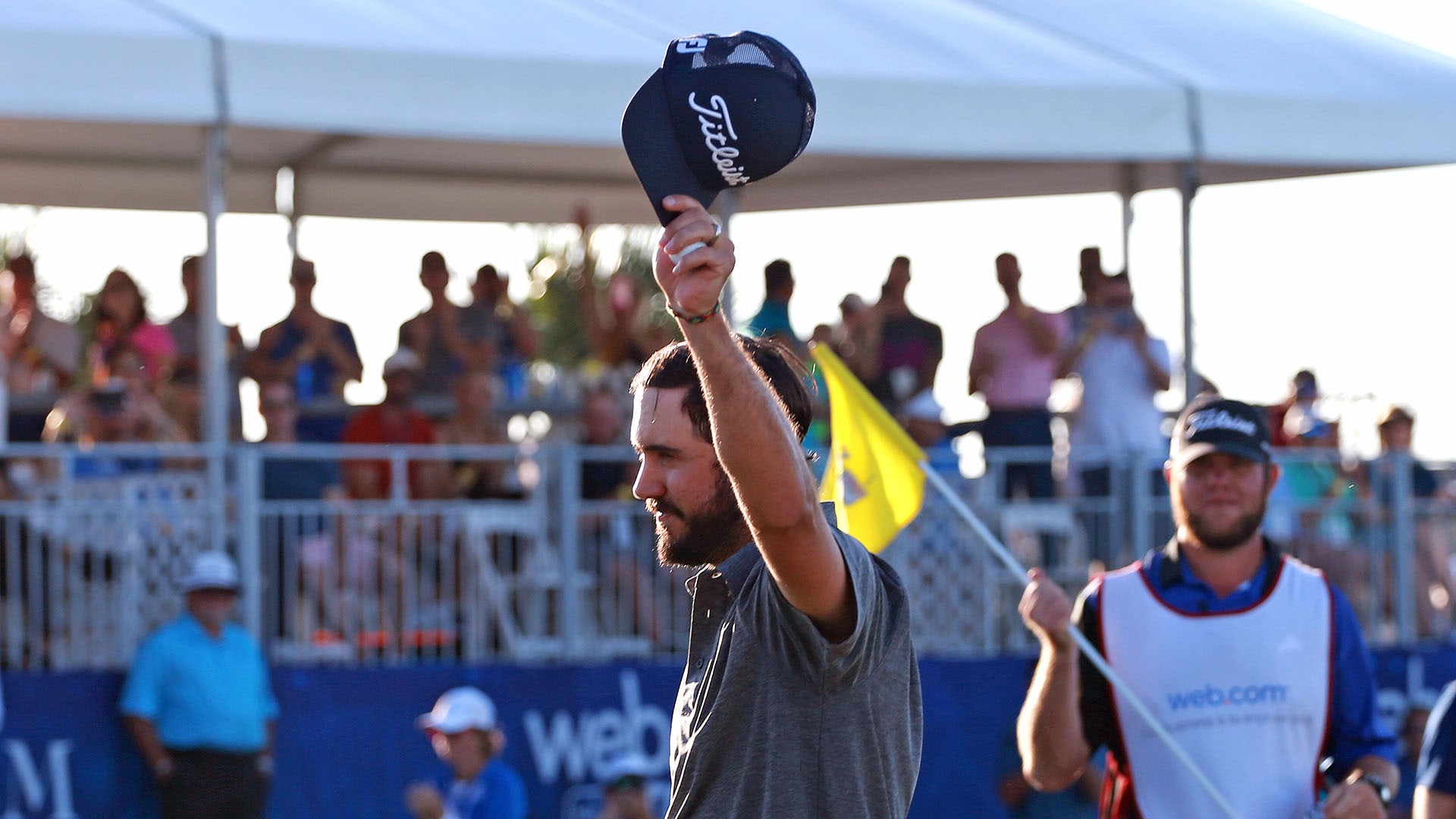 Hubbard began the final round in Bradenton, Fla., at 21 under, two shots clear of McNealy and Virginia product Jimmy Stanger. He then made five front-nine birdies to stretch his advantage to five.

That's when McNealy began to furiously close the gap. The 36-hole leader eagled the par-5 10th hole before making birdies at Nos. 14 and 16 to cut Hubbard's lead to two. Both players bogeyed the 17th hole before Hubbard clinched his first professional title since winning on the Mackenzie Tour in 2013.

"I am kind of speechless right now, to be honest." Hubbard told reporters after his win. "I think that is why I was able to pull it off. I was really good about not thinking about the outcome, about winning."

Hubbard played three straight seasons on the PGA Tour before losing his card in 2017. He is now fourth on the Web.com Tour's money list. McNealy, whose runner-up finish was his best as a pro, rose to seventh in earnings.

“I had the lead through 36 holes, shot 8 under par on the weekend and didn’t win," McNealy told the Bradenton Herald. “Welcome to the Web.com Tour. I’m thrilled with the way I played. ... I did my part. I played a great golf tournament. I thought I put the heat on Hubbs, and he’s playing a better golf tournament so props to him.”

Stanger, a Tampa-area native, shared third with Rick Lamb at 23 under. J.T. Griffin was fifth at 20 under. Wade Binfield's 68 holds the clubhouse lead, but first-round play was suspended after a windy day at the Web.com Tour's Bahamas Great Abaco Classic.