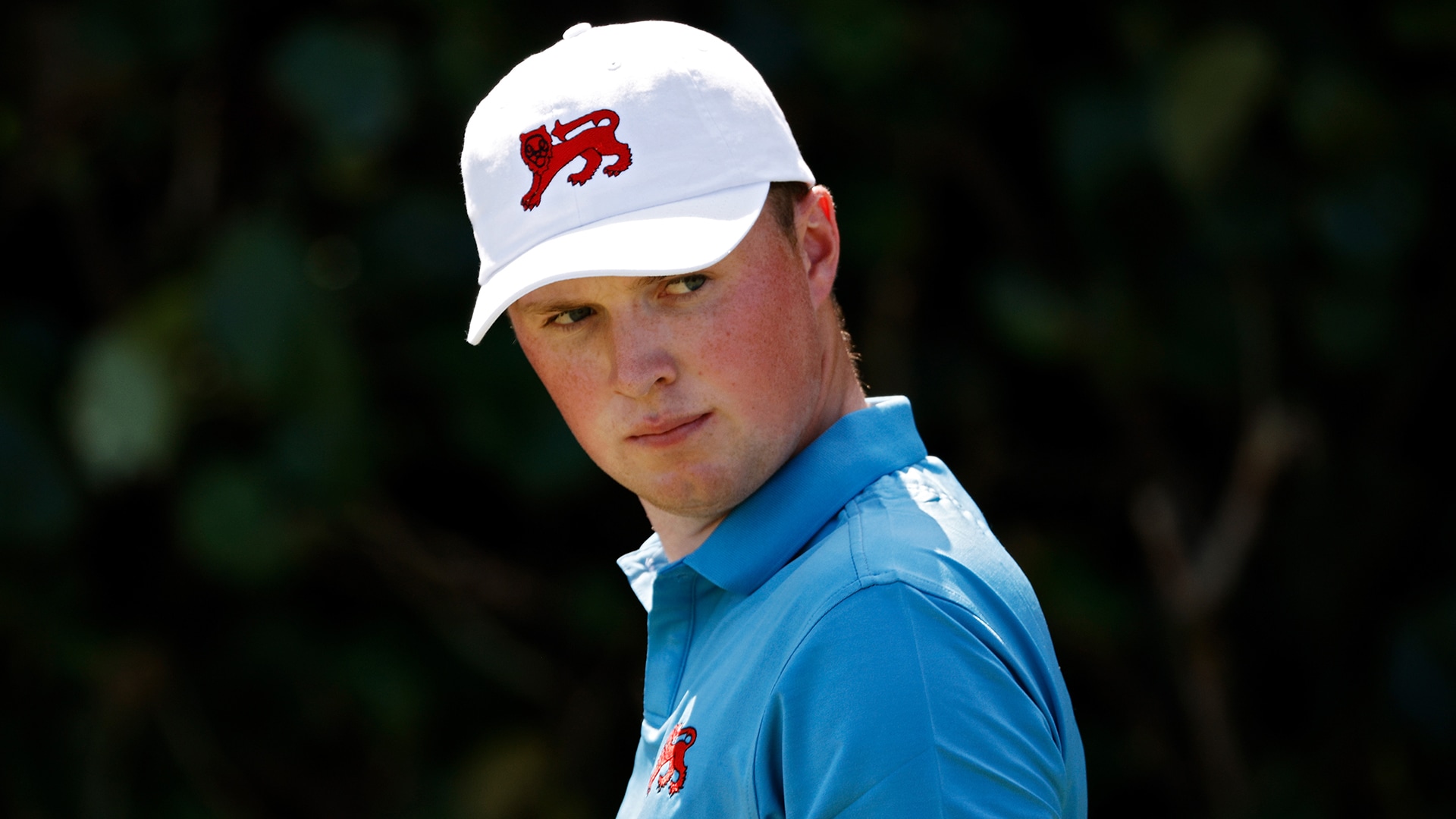 JUNO BEACH, Fla. – No one man should have all that power, but Mark Power harnessed his mighty game and was the star for the Great Britain and Ireland team on Day 1 of the 48th Walker Cup.

The Wake Forest sophomore by way of Kilkenny, Ireland, was the only member of the visiting side to go 2-0 Saturday at Seminole Golf Club, teaming with countryman and Louisville senior John Murphy in a comeback victory over Quade Cummins and Austin Eckroat in foursomes before topping the Americans’ horse, Davis Thompson, 3 and 2 in singles.

“I played pretty consistent, just consistently bad in some spots,” Power said. “I had a little miss all day to the right with my tee ball, so since I wasn’t hitting it left, I knew I could take the left side of the golf course out of play and just hit this squeezy fade, and it worked.”

Being modest, Power’s iron play was incredible as he hit tons of greens and didn’t make a single bogey against Thompson. Wake Forest head coach Jerry Haas, who was in attendance, wasn’t surprised; Power is right up there with Will Zalatoris as the most talented players he’s ever coached.

Back home in Ireland, Power’s parents, Eddie and Eileen Rose, were also approving of their son’s play.

“They wish they could be here, but they’re following every single second from back home,” Power said. “They texted me this afternoon and just said they are so proud and I looked pretty good on TV.”

Eddie and Eileen Rose would know. They are both accomplished amateur golfers, each winning three national titles. Eddie captured the Irish Men’s Amateur in 1987, 1993 and 1998, while Eileen Rose won the Irish Ladies Amateur in 1990, 1992 and 1995. She also competed on the 1994 Curtis Cup team for Great Britain and Ireland, which makes her the only parent or grandparent on either Walker Cup side (that includes Tyler Strafaci's grandfather, Frank Sr., and Pierceson Coody's grandfather, Masters champ Charles Coody) to have played one of the two premier international amateur competitions between the USGA and R&A.

Asked how many Irish Amateurs he’s won, Power made a zero with his hand, before contending, “But I did win two Irish under-18 titles.”

“Also, my dad never played Walker Cup, so I have one over on him there,” Power added.

Power and his teammates, down just 7-5 through two sessions, will attempt to come from behind Sunday at Seminole and win an away Walker Cup for GB&I for just the third time. Eileen Rose’s Curtis Cup squad nearly did so in 1994 at the Honors Course in Chattanooga, Tennessee, though her side did retain the cup with a 9-9 tie.

“If we manage to get the win this week it’d be quite historic and would just be a cherry on top,” Power said. “We’re proving ourselves out here. Obviously, the U.S. team is really solid, but we’re no slouches, I think as Paul Azinger said on TV earlier.”

Speaking of TV, the Powers will be glued to the screen back home. So, too, will the members of Kilkenny Golf Club, though Power doesn’t know how thee pandemic restrictions will affect a potential watch party.

“Hopefully,” he said, “there are some people in the bar watching.” 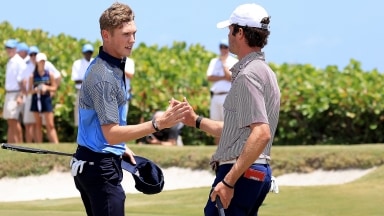 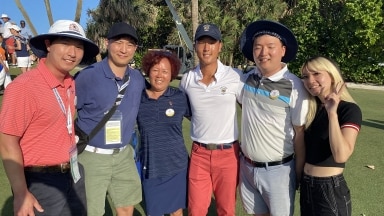