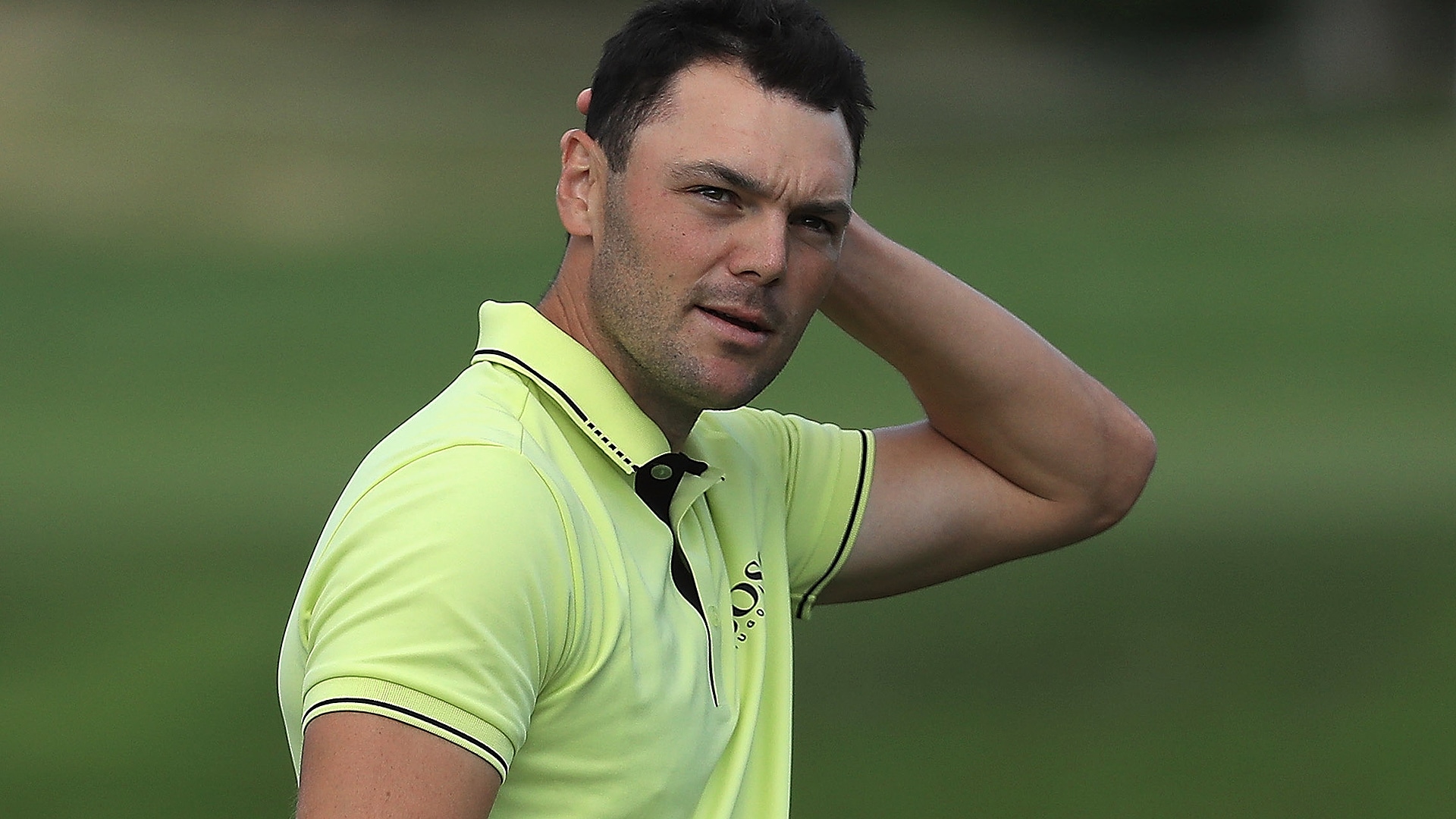 PULHEIM, Germany - Danish golfer Lucas Bjerregaard shot a 5-under 67 to equal the week's lowest round for a six-way share of the lead after the third round of the BMW International Open on Saturday.

Bjerregaard had eight birdies, a double bogey and a bogey to finish on 5-under 211 - jumping 23 places and joining local favorites Martin Kaymer and Maximilian Kieffer, England's Chris Paisley and Aaron Rai, and Australia's Scott Hend at the top of the leaderboard.

Bjerregaard was fortunate to play before the wind picked up again later in the afternoon.

Kaymer, the 2008 champion, delighted the home supporters with two birdies in his last three holes for a 71.

Finland's Mikko Korhonen and Chile's Nico Geyger were one shot off the lead after rounds of 69 and 73, respectively.

Defending champion Andres Romero equaled the week's best round (67) to be among a large group two shots off the lead going into Sunday, including three-time European Tour winner Andy Sullivan.

Romero is bidding to be the first player to retain the title.