Now in full bloom, Will Zalatoris nearly cooks up victory in Masters debut 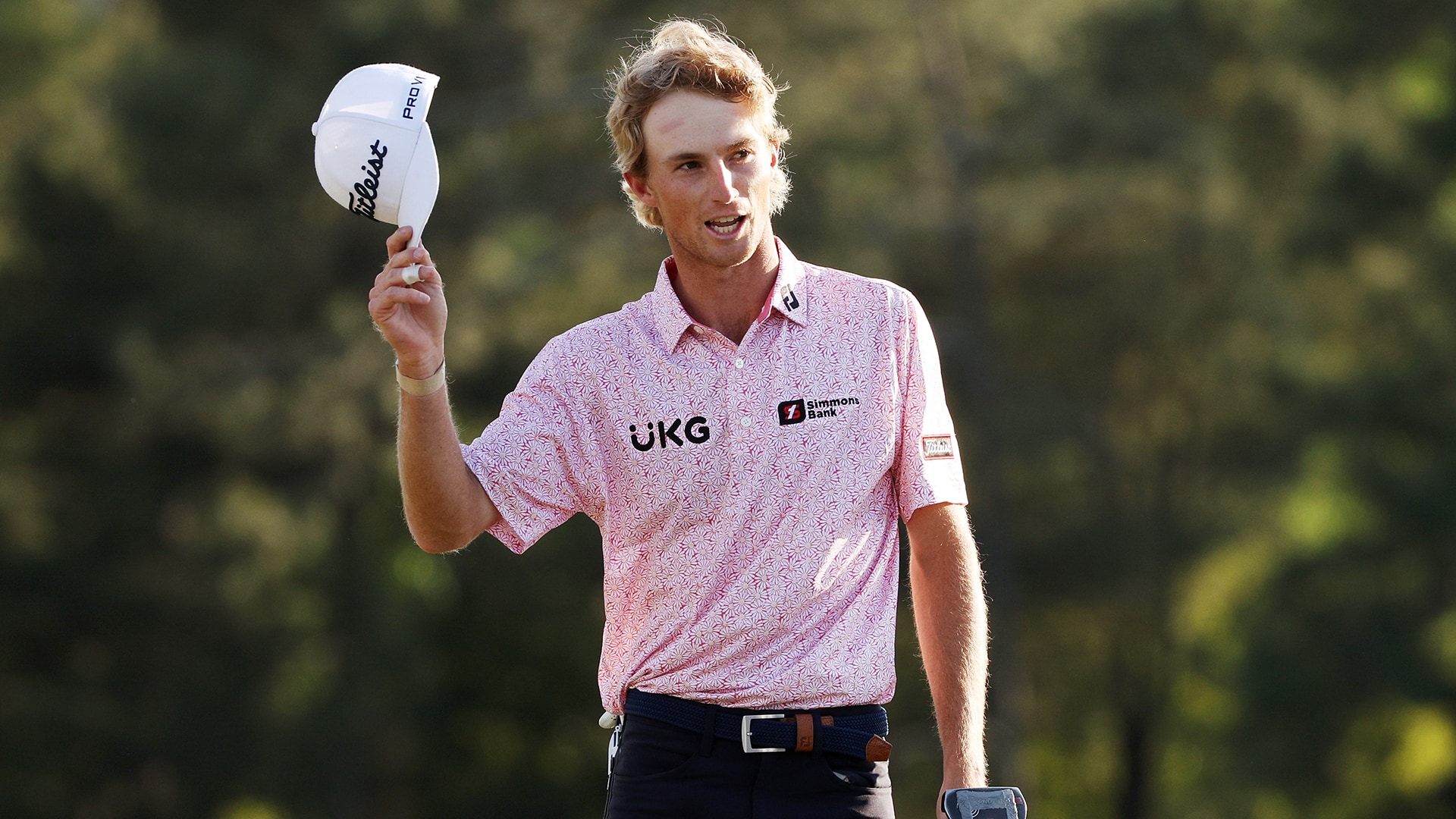 AUGUSTA, Ga. – How did Will Zalatoris spend the morning before the round of his life? He made his mother breakfast.

He then nearly cooked up something even more special: winning the Masters.

Not since Fuzzy Zoeller in 1979 had a player slipped on the green jacket in his debut at Augusta National. Yet, there Zalatoris was, a skinny but powerful 24-year-old with surfer hair playing in just his third major championship, just a stroke off the lead after opening Sunday’s final round with back-to-back birdies. Eventually he’d finish runner-up, a shot back of winner Hideki Matsuyama, but on a perfect Sunday among the azaleas, Zalatoris was in full bloom.

After taking professional golf by storm these last 10 months – winning on the Korn Ferry Tour, tying for sixth at the U.S. Open, earning special temporary membership on the PGA Tour and forcing his way up the world rankings and through the gates at Augusta National – Zalatoris took his biggest step yet in his progression from standout amateur to now superstar pro.

“He’s been on a mission since he was 4 years old to be a professional golfer,” said Zalatoris’ mother, Catherine. “This is natural for him. He belongs out here.”

Zalatoris’ potential was so clear in elementary school that his first instructor gave him up. “He’s too good for me to be coaching him,” the teacher told Zalatoris’ parents. Zalatoris had spent his early years learning the game at tony Cal Club in San Francisco, where his dad, Rick, was a longtime member, and where Ken Venturi taught him an overlapped grip at age 6. When the family moved to Dallas when Will was 9 years old, Zalatoris settled into a new home: Bent Tree Country Club.

It was at Bent Tree that he linked up with instructor David Price, a teammate of Ben Crenshaw and Tom Kite at Texas who once sat an 11-year-old, budding prodigy down in his office and asked him, “Are you on the range for social hour or are you trying to get better?”

“Hearing somebody besides your parents basically say, ‘Hey, you need to get to work, and if you want to be good, you've got to go earn it,’” Zalatoris said. “… He was the first one that really pushed me to get to this level.”

After that, Zalatoris’ lessons with Price, who became a second father to Zalatoris, would always be scheduled for an hour and last two – minimum. One of Zalatoris’ current coaches, Josh Gregory, saw that tireless work ethic and dedication long before he was hired by Zalatoris. The wonder kid was in high school, and Gregory was the head coach at SMU and occasionally would take his team to Bent Tree to play.

“I remember every time we’d go there, he’d be on the putting green, working, and the team would go out and play,” Gregory recalled, “and then we’d make the turn and he’d still be putting.”

Zalatoris went on to win the 2014 U.S. Junior Amateur later that year. He then starred three-and-a-half seasons at Wake Forest, which earned Zalatoris’ commitment after offering him during a prolonged slump his sophomore year, and also earned his way onto the 2017 U.S. Walker Cup team. (Hard-working but also lighthearted, Zalatoris was rumored to be the mastermind in pushing winning captain Spider Miller in the pool at the Beverly Hills Hilton after the Americans’ victory in Los Angeles.)

But when Zalatoris turned pro in December 2017, he struggled to get off the ground. He did little with his Tour exemptions that next year and then failed to get past first stage of Korn Ferry Tour Q-School. It wasn’t until a meeting in late 2018 with Gregory – along with his other instructor, Troy Denton ,and manager, Allen Hobbs – that Zalatoris decided to reset, cut his teeth in a few mini-tour events and try again. This time he played his way into KFT status.

During that first summer on the Tour’s developmental circuit, Zalatoris and his mother were driving home from a tournament when Matthew Wolff won in just his third professional start, at the 3M Open. Zalatoris then watched as another contemporary, Collin Morikawa, won shortly after, in Reno.

“I knew I could do what they were doing,” he said. 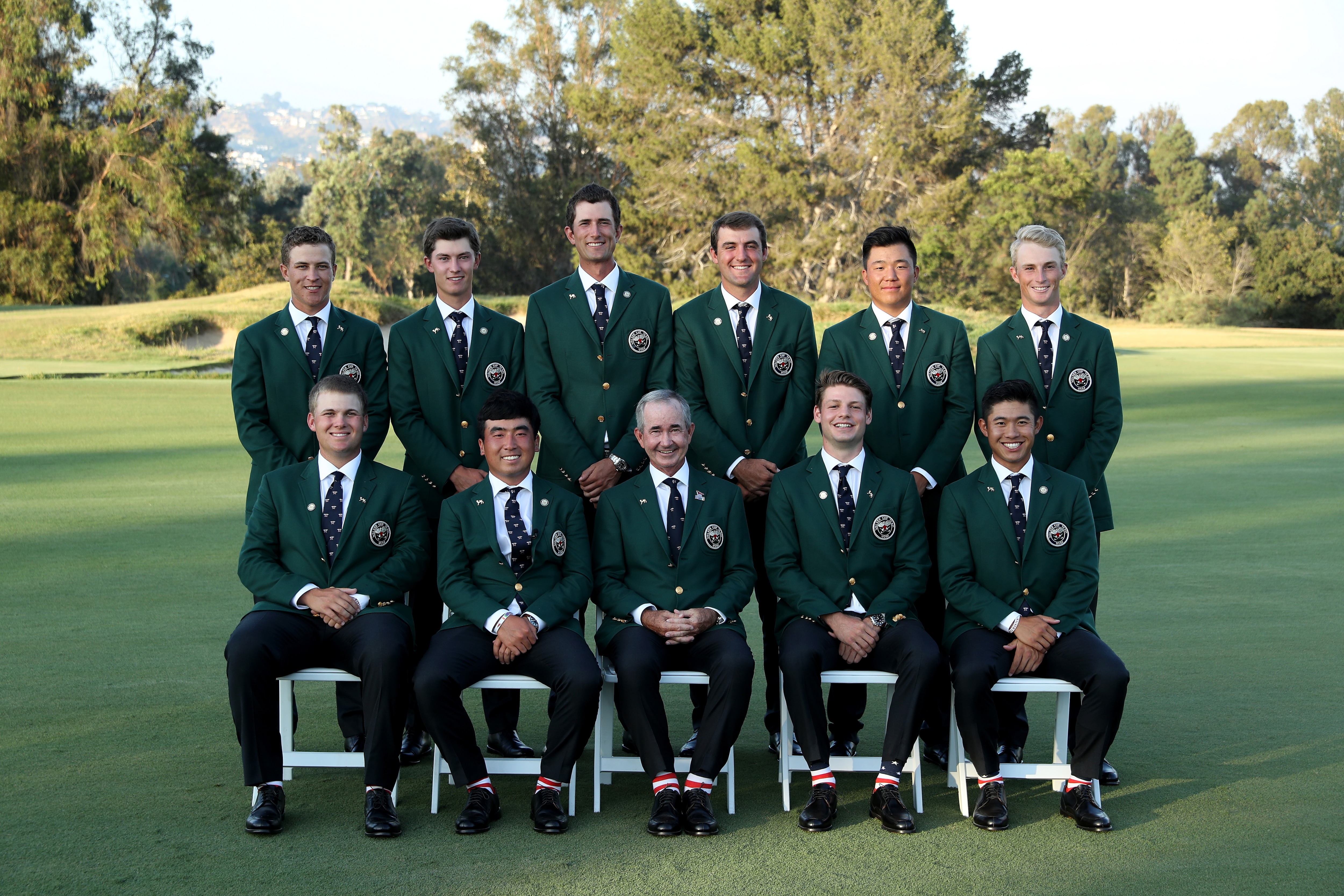 Zalatoris had always longed for quick ascension to golf’s highest level, but this fickle game dished out more obstacles. The pandemic pushed back graduation to the Tour until next August, rendering Zalatoris’ blistering performance last year on the KFT – nine top-10s and a win – basically useless (at least in terms of earning his card) for 12 more months. Instead of waiting, Zalatoris went out and earned his unlimited Tour exemptions by November.

Looking back, Zalatoris is grateful for the journey that he took, the slow-cook. So, too, is his mother.

“Golf is a sport where you have a lot of ups and downs, and we’ve been in a lot of very dark places,” Catherine Zalatoris said. “But Will was able to learn, he used that information and he applied it to get better.”

Gregory describes Zalatoris’ golf IQ as “off the charts.” He’s like a sponge. Whether that’s acquiring competitive knowledge from former NFL quarterback Tony Romo, who has become a mentor to and favorite partner of Zalatoris at their home club of Maridoe near Dallas. Or learning from bar-setter Jordan Spieth, who is three years older, through matches as a teenager. Or picking the brain of family friend Lanny Wadkins, especially about Augusta National.

“Him talking about little things like the wind on 12, I just remember,” Zalatoris said earlier this week. “He told me that when I was 14.”

He finally got to use that sage advice this week as he checked off another childhood goal. Catherine Zalatoris was digging through some old photos recently when she came across one of her son’s first hole-in-one. She’d never noticed it before, but when she zoomed in, an 8-year-old Will was wearing, you guessed it, a Masters polo.

“I've wanted to be on this stage for forever, for basically my entire life,” Zalatoris said, “so I think, if anything, it's like you finally get to this moment, and why shy away now?”

Zalatoris took that attitude all the way to the final group on Saturday. He entered Sunday in a logjam for second at 7 under, four shots back of Matsuyama. Clearly ready to end the first-timers’ long drought, Zalatoris came out of the gates hot by sinking a 25-footer for birdie at the first and moving to 9 under after a deft up-and-down from the sand at the par-5 second.

As he walked toward his ball at the third, Zalatoris took a glance left at the large, white scoreboard and saw he was within a single shot of the lead.

“I looked at every leaderboard all the way in,” said Zalatoris, who noticed after trading bogey at No. 3 with birdie at No. 8 that the other big names – Spieth, Xander Schauffele, Justin Rose – had backed up and he was, just two shots behind, the only player within four shots of Matsuyama.

Eventually the hotshot rookie cooled off. A tricky 5-foot par save at No. 11 was the only thing that kept him from starting the back nine with three straight bogeys. His last gasp effort at pulling off the unthinkable comeback came at the par-5 13th hole, where Zalatoris had 50 feet for eagle. But he three-putted for a rally-killing par.

For the week, he played gettable “Azalea” in even.

“That's really the difference,” he said.

Zalatoris promised to enjoy the moment this week. He looked back at the patrons each time he crossed the Hogan Bridge, something his dad recommended he do. “That's your point to reflect on how cool it is to be here,” Rick Zalatoris told his son. Also pretty cool: The standing ovation he received on the 18th green before chipping up and draining an 18-footer for par to shoot his fourth under-par round of the week, a 2-under 70 that left him at 9 under.

His runner-up finish was the best performance by a Masters debutant since 1982, when Dan Pohl lost in a playoff to Craig Stadler. (Pohl cashed $39,000 that week; Zalatoris cleared $1.2 million Sunday.)

But in another sense, Zalatoris was disappointed. He had worked extremely hard to get to this point, believed in his ability, put himself in position and had come so close.

“It's just kind of sitting right in front of me, thinking through where I could have found that one or two shots, really,” said Zalatoris, who didn’t write down anything worse than bogey all tournament. “But like I said … the fact that I'm frustrated I finished second in my third major says something.”

Added Scottie Scheffler, who has battled it out with Zalatoris since fourth grade: “I know some of y'all are, but I'm not very surprised at all. I've been saying for years. … He's one of the best ball strikers I've ever seen.”

And Spieth, whose example Zalatoris and Scheffler have followed all these years: “It is very difficult this weekend to come out in the position he was in. … Extremely impressive.”

Kind of like when Spieth made his Masters debut in 2014. He tied for second that year, and the next year? He won.

Gregory says Augusta National, much like it is for Spieth, is built for Zalatoris, who is poised to take advantage of that – and more. His 16 worldwide top-10s since the start of 2020 is matched only by Jon Rahm. He rose to No. 27 in the world rankings with his runner-up showing and figures to take an equally big leap in the U.S. Ryder Cup standings.

The next goal is to win on Tour in the next few months and get into the FedExCup Playoffs.

“The sky’s the limit for this kid,” Gregory said. “He’ll be a Ryder Cupper, he’ll win major championships, he’ll do a lot of big things.”

And forget breakfast; maybe he’ll be planning a certain dinner in two years, too.