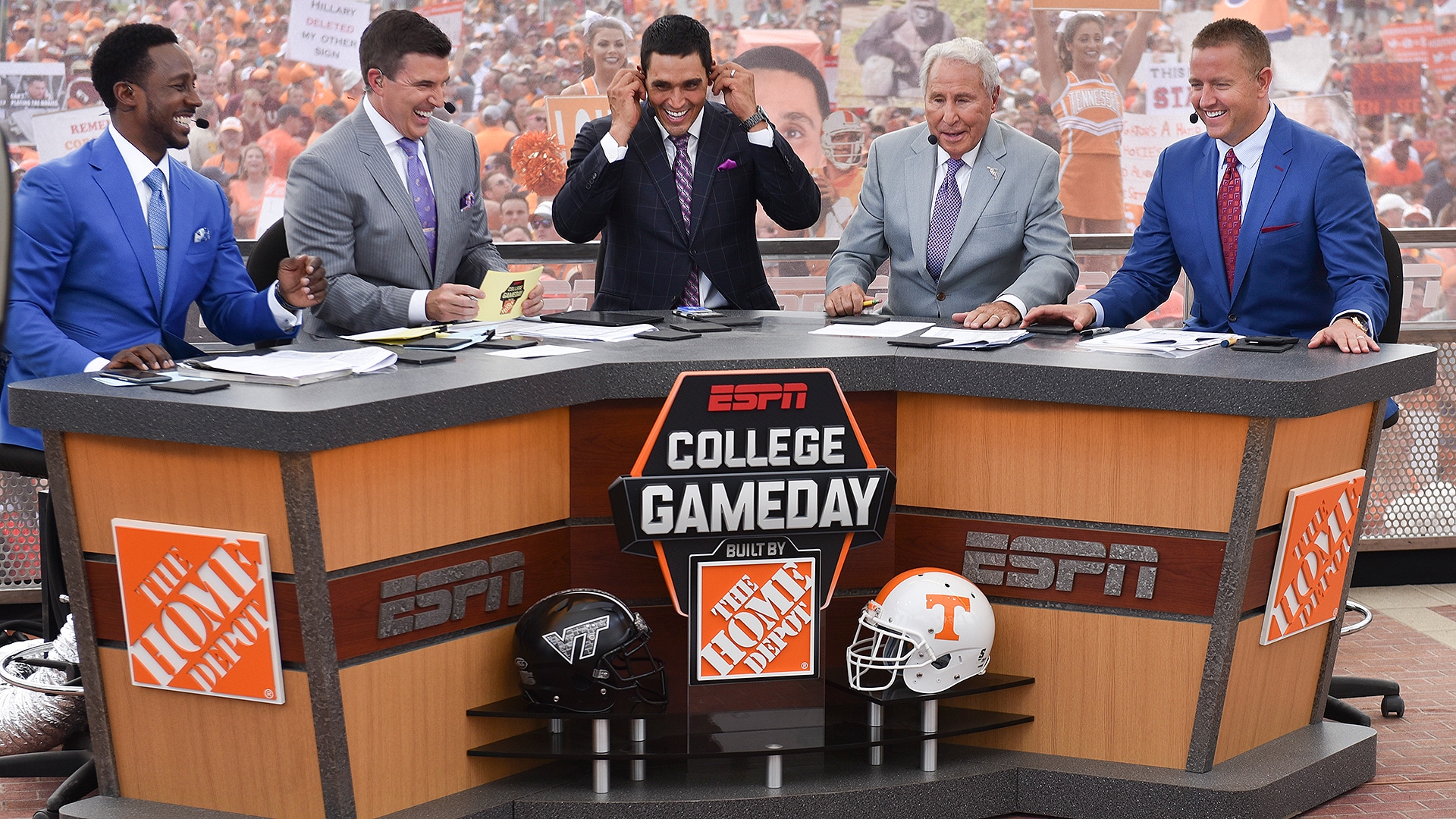 The announcement was made Tuesday in a statement from Augusta National chairman Fred Ridley.

“Given the circumstances brought about by the pandemic, the delivery of quality content is as important as ever to the storytelling of the Masters Tournament,” said Ridley. “While we will dearly miss our patrons at Augusta National this fall, we are excited to showcase what promises to be a truly memorable Masters in a variety of ways for viewers around the world.”

The Masters Tournament moved from its traditional April spot on the golf calendar to Nov. 12-15 because of the COVID-19 pandemic.

With the season’s final major taking place during college football season, Augusta National decided to integrate the two sports. “College GameDay” will air from 9 a.m. to noon ET on Saturday, ahead of CBS Sports’ coverage of the Masters’ third round.

As Ridley referenced in his statement, there will be no patrons allowed on the grounds during Masters week. The studio will be staged overlooking Ike’s Pond and the ninth green of the Par 3 course.

“When exploring ways to showcase a fall Masters, we were drawn to the concept of hosting ‘College GameDay’ at Augusta National to introduce the tournament to a new audience and provide even more anticipation and excitement to the event,” Ridley said.

The two biggest in-state teams will be in action during Masters week, with the University of Georgia playing at Missouri and Georgia Tech at home against Pittsburgh. Clemson, the current No. 1-ranked team in nearby South Carolina, has a bye week.