With Masters win, the Hideki Matsuyama impact is just beginning in Japan 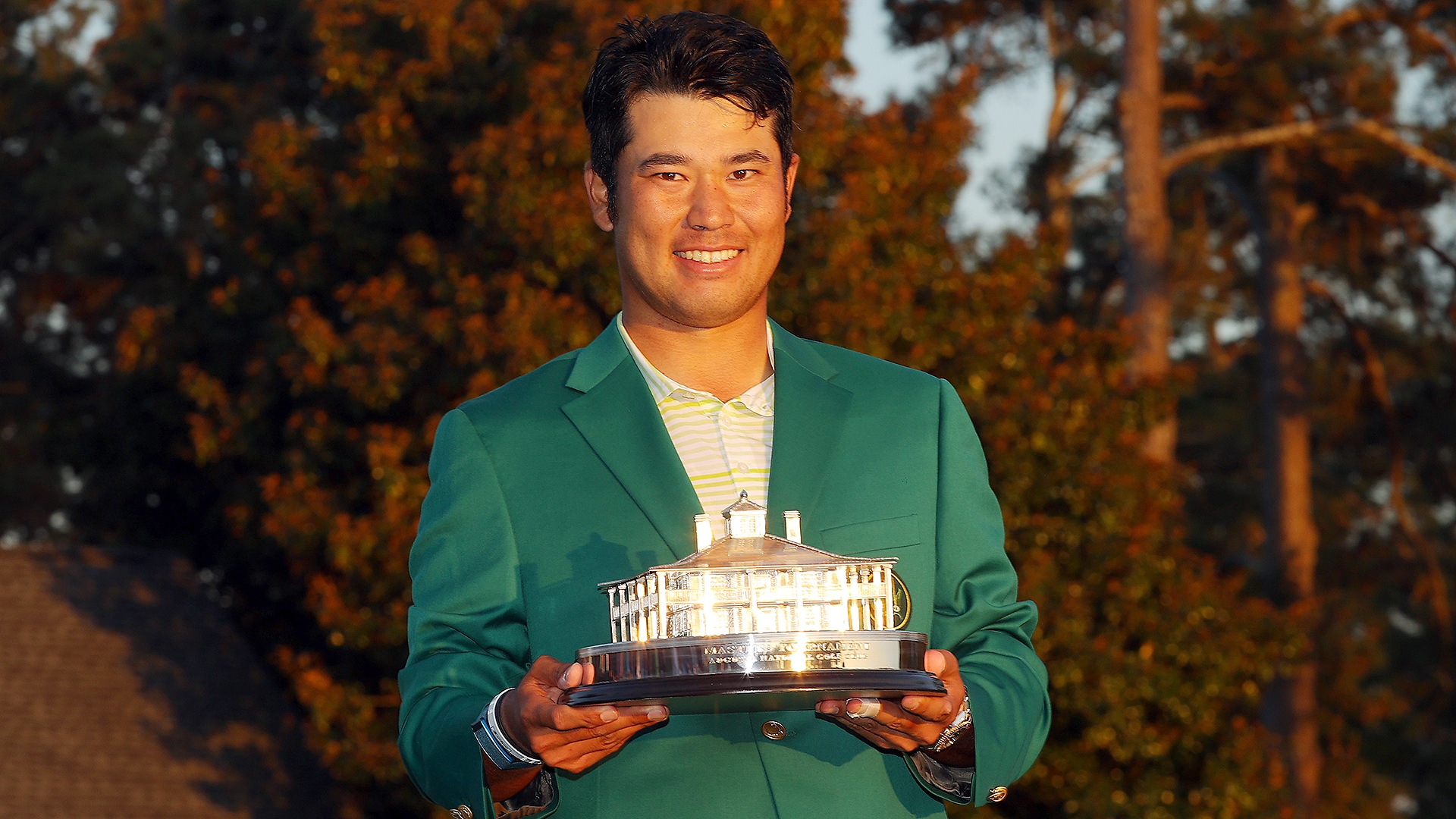 AUGUSTA, Ga. – It’s socially frowned on to miss work for golf on a workday in Japan, so much so that when the 2019 Zozo Championship - a can’t-miss event that featured a final-round duel between eventual champion Tiger Woods and native son Hideki Matsuyama - was forced into a Monday finish the previously massive galleries that had descended on Accordia Narashino Country Club were nowhere to be seen. But this was different.

“Every golfer is awake in the early morning and watching. They will have red eyes at office hours,” predicted Rex Kuramoto, a commentator for Golf Channel Japan and a former professional from Japan, late Sunday as the dramatic final round of the Masters unfolded. “If your boss is a golfer, he will let you take a few hours off.”

Like many in Japan, Kuramoto was fixated on his television well before dawn on Monday. Augusta National is 13 hours behind Tokyo and as Matsuyama made his way to Japan’s historic first major victory for a male golfer, traditional norms were pushed to the limits.

“They go to the office around 8 or 9 a.m. They catch the first train possible around 5 a.m., meet co-workers at the office to cheer Matsuyama,” Kuramoto explained.

"I’m very happy and excited to watch this historical moment as Matsuyama-san is the first Japanese  player to win the Masters." she said via email. "I am overcome with emotions and want to extend a well-deserved congratulations."

Although the game is wildly expensive an estimated 9.7 million play golf in Japan, but its popularity stretches well beyond its core constituents. In ’19 at Accordia Narashino, the crowds were there to watch Woods, but the masses flooded to the out-of-the-way club to cheer for Hideki.

While the 29-year-old may still be something of a enigma to America fans even after his major breakthrough on Sunday at the Masters, back home in Japan he’s a rock star. Think Tiger and the Kardashians rolled into a giant ball of curiosity. At PGA Tour events Matsuyama is trailed by a media entourage that rivals any that followed Woods in his prime and his relationship with the media is just as complicated (in 2017 he revealed he’d secretly been married and had a child without any public knowledge of either event).

Yet as he inched closer to history the anticipation back home built.

A birdie at No. 9 moved him to 13 under par and five strokes clear of the field. On the decade anniversary of Rory McIlroy’s meltdown at Nos. 10, 11 and 12, Matsuyama played the perilous stretch in a sporty dozen strokes and emerged from Amen Corner still five ahead. It was 6:48 a.m. in Tokyo.

“We’ve been waiting 10, 30, 40 years for this. It will be huge,” Kuramoto said. “We have other athletes doing well internationally, but he’s definitely one of the top 5 athletes.”

Growing up, Matsuyama idolized baseball players – Yu Darvish, Shohei Ohtani and Kenta Maeda – not golfers, but with each passing hole he moved closer to changing that narrative for sports fans in his country.

“Hopefully now others will be inspired for what happened here today and follow in my footsteps,” Matsuyama said following his closing 73 and a one-stroke victory that wasn’t nearly that close.

What Matsuyama’s victory means to an already golf-crazed country is unclear but what isn’t up for debate is what it will mean when the prodigal son returns for this summer’s Olympics. Golf was already going to be one of the more popular sports and having the host nation represented by a major champion - a Masters champion - is a marquee few will resist, even if no fans are allowed on site.

Adam Scott has seen the impact of the green jacket in Japan firsthand. Back in 2013 after having won the Masters, the Australian convinced Matsuyama to play the Japan Open, which Matsuyama won. “I didn't get much thanks for convincing him to play, but that's OK,” Scott joked. The crowds that followed every move Matsuyama made that week left an impression.

“He's a bit like a Tiger Woods to the rest of the world, Hideki is in Japan,” Scott said. 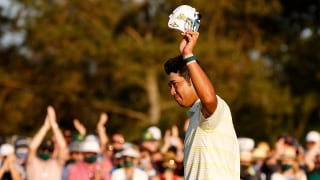 Hideki Matsuyama became the first male player from Japan to win a major championship, claiming the Masters Tournament on Sunday.

Actually, Matsuyama’s draw goes well beyond Japan as evidenced by Sunday’s finish. As he was putting the finishing touches on his victory Kevin Na sprinted from the clubhouse to watch the victory greenside. Na had driven his wife and daughter to the airport before racing back to Augusta National to congratulate his friend. Although he was born in South Korea, Na understands what a Masters victory means to all of Asia.

“It’s a big day for the Asian golf world,” he said. “I think there’s many more to come. This won’t be the end.”

Matsuyama admitted that he didn’t sleep well Saturday. The weight of an entire nation can do that to you. Scott felt it when he became the first Australian to win the Masters and although it’s difficult to see through his stoic exterior, Matsuyama felt the pressure. He may spend the majority of his time in the United States, but he was also well aware that this wasn’t a typical Monday morning back in Japan.

“I remember the feeling [with] a four-shot lead, and he's got Japan on his back and maybe Asia on his back. I can't imagine how that was trying to sleep on that, even with somebody who's had so much success,” Jordan Spieth said. “I think the way he's been able to withstand it, it's really good for the game of golf globally.”

Whether Matsuyama’s victory acts as a catalyst for golf in Japan and beyond is remains to be seen, but his accomplishment certainly echoed across the nation. With the luxury of a two-stroke lead he played the 18th hole conservatively and when he putted out for bogey it was 8:03 a.m. in Tokyo. All of the pressure seemed to slip away, at least for now.

“He’s been dealing with this since he turned pro. He’s used to it now,” Kuramoto said. “He’ll be a TV show. It will be crazy [when he returns to Japan].”

Matsuyama seemed less interested in the fame that awaits when he returns home than he did the effect of his victory.

“Up until now, we haven't had a major champion in Japan, and maybe a lot of younger golfers thought, well, maybe that's an impossibility. But with me doing it, hopefully that will set an example for them that it is possible and that, if they set their mind to it, they can do it, too,” he said before slumping into his chair.

Matsuyama’s workday was finally over. He could relax. But back home in Japan the week was just beginning with a very untraditional Monday celebration.