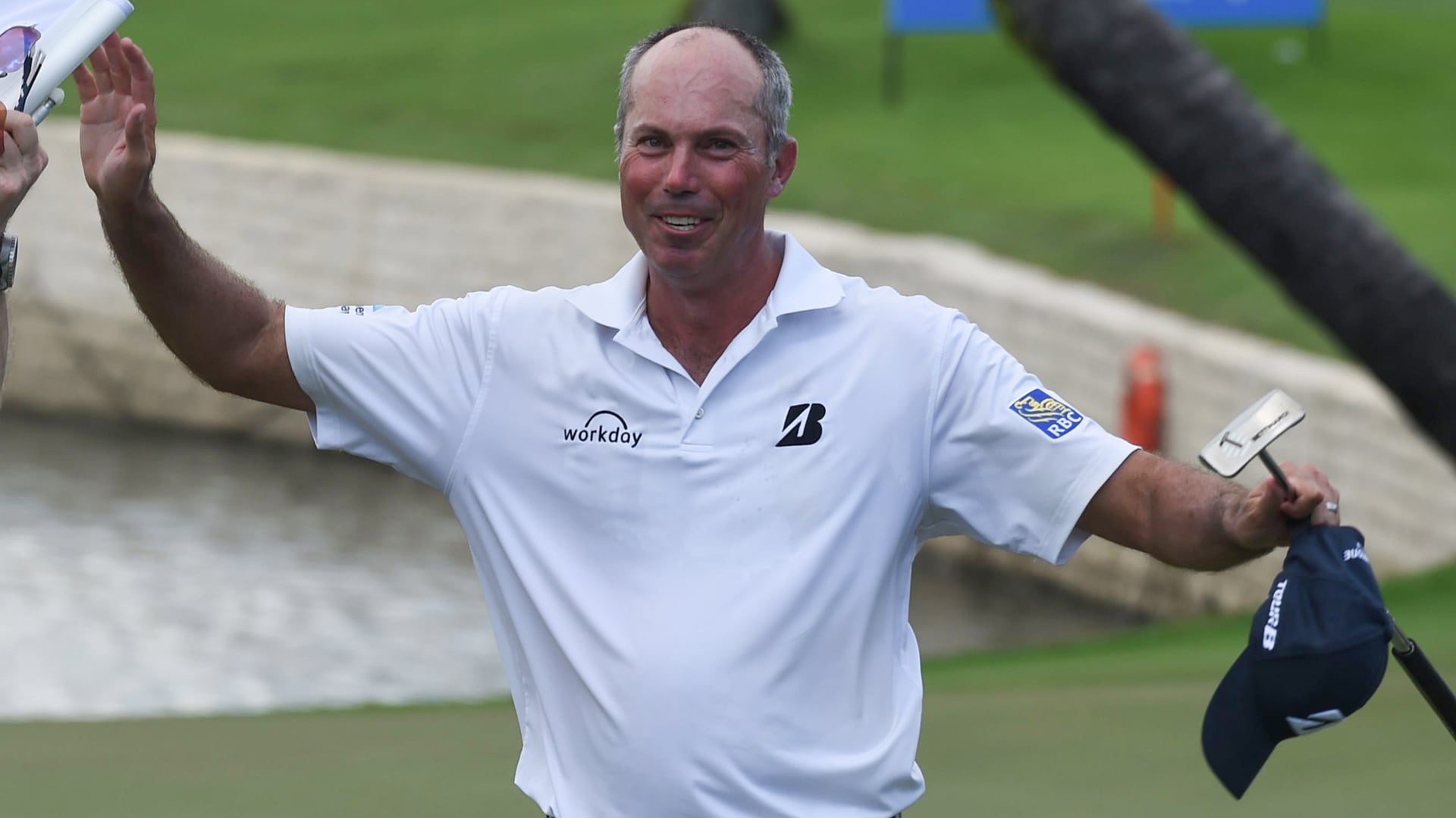 Matt Kuchar overcame a snowman to win the Singapore Open on Sunday at Sentosa Golf Club.

After his tee ball at the par-5 seventh hole landed between two tree roots, Kuchar struck one of the roots with his second shot, flew the green and found some bushes with his fourth shot from the fairway and eventually holed a lengthy putt for triple bogey.

Leading by three shots through six holes, Kuchar was suddenly tied for the lead with defending champion Jazz Janewattananond, who birdied the hole.

“Strange things happen on the golf course, but I was able to regroup straight away,” Kuchar told reporters afterwards. “My caddie [John Wood] also had a few quick words, telling me not to let that rattle me. It was us remembering that there is still a lot more golf to play.”

Kuchar responded with bogey-free golf the rest of the way and three birdies, including two in his final three holes, to shoot a closing 1-under 70 and finish at 18 under, three shots ahead of runner-up Justin Rose.

With the win, Kuchar became the first American to win the Singapore Open since Shaun Micheel in 1998.

“In life, you have a lot of similarities in that you face some difficult times, and it’s how you persevere, how you overcome those things that counts,” Kuchar said, “so I certainly was awfully proud to be able to regroup and overcome that that triple bogey.”

Rose made seven birdies as part of a final-round 67, though he also had three front-nine bogeys.

“Some second places hurt, and some you feel good,” Rose said. “This was more of a feel-good second-place finish. I feel like I could build some momentum from this.”

Janewattananond ended up third at 14 under, followed by Joohyung Kim at 13 under and Richard T. Lee another shot back in solo fifth. Henrik Stenson closed in 66 to finish T-23 while Arizona State’s James Leow was low amateur despite capping his week with a 76 to finish in a share of 41st.