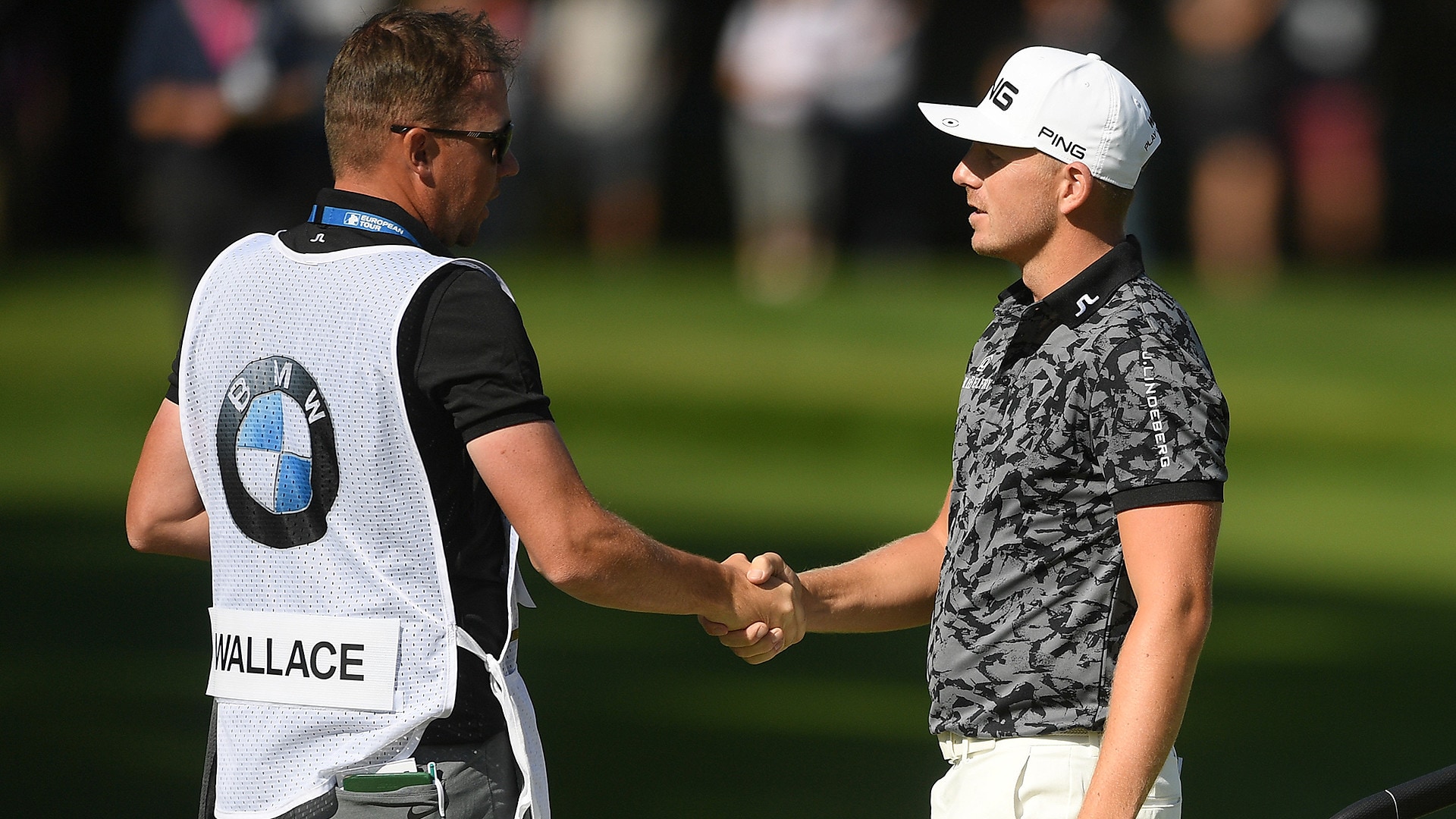 VIRGINIA WATER, England – Rory McIlroy made six bogeys and a double bogey in his last 11 holes to shoot 4-over 76 at the BMW PGA Championship, leaving the world No. 2 already 11 strokes off the first-round lead held by Matt Wallace on Thursday.

McIlroy's round fell apart after his birdie at No. 5 that followed an eagle at No. 4, as he shot 42 in his back nine in glorious conditions at Wentworth.

One over for his round arriving at the 17th tee, he pulled his drive and wound up making a double-bogey 7. Another wayward drive led to a bogey at the 18th and he didn't talk to reporters after his round.

Wallace didn't drop a shot in his 65, also making eagle at No. 4 to add to birdies at Nos. 1, 5 and 6. The Englishman rolled in two more birdies coming home.

"I played the first seven or eight holes as good as I possibly could and showed my all-round game by grinding out the last few holes," Wallace said.

Henrik Stenson was a stroke behind Wallace after a round of 66 that included an eagle on No. 18 from a putt from off the green that took a horrible early bounce but still found the cup. Fellow Ryder Cup player Jon Rahm joined Stenson in a tie for second place after birdying four of his last five holes.

Paul Casey headed to the par-5 last hole at 6 under, too, but made double-bogey to post a 68.

No. 4-ranked Justin Rose recovered from a knee injury in time to start the tournament, which is staged at the headquarters of the European Tour, and birdied No. 18 for a 67.

It is the first qualifying event for the European team for the 2020 Ryder Cup.