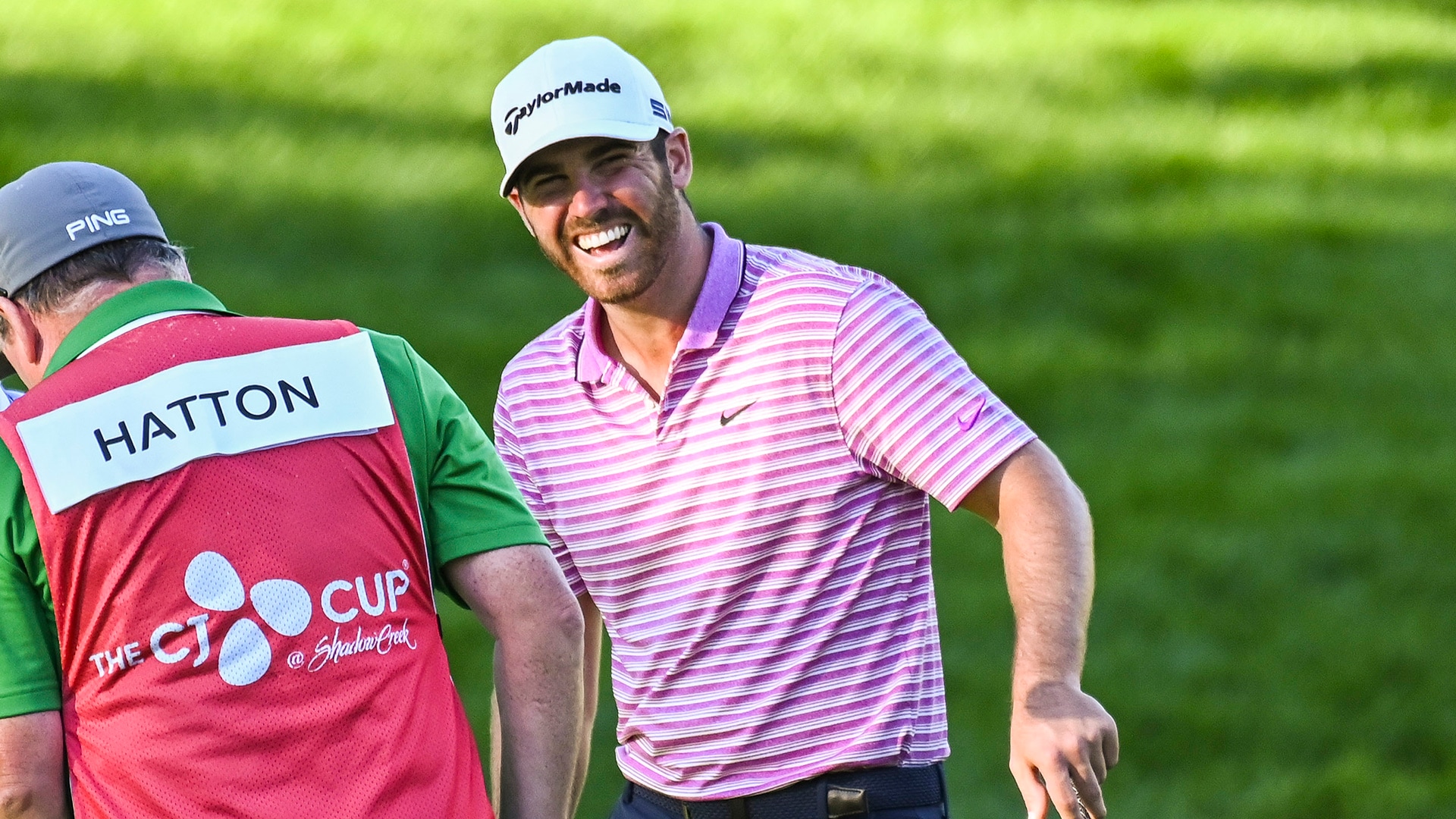 THOUSAND OAKS, Calif. – Matthew Wolff will be paired with Tiger Woods for the first time in his young PGA Tour career for Rounds 1 and 2 at the Zozo Championship, but the 21-year-old said he won’t try to impress the 15-time major champion.

“It would be nice to go out and have Tiger talk about how good you are and stuff, his opinion is definitely a higher value than others," Wolff said, "but at the end of the day, if you don't have confidence in yourself and you're just trying to impress him, I just feel that that's not a really good way to go about it."

Wolff’s not the first player to try and downplay a pairing with Woods. It was at Sherwood during Woods’ own Hero World Challenge in 2010 when Rory McIlroy was first paired with Woods in a competitive round.

“I was pretty excited. Nervous as well,” McIlroy said.

Heading into the final hole on Friday, McIlroy even allowed himself to consider his position to Woods, which in retrospect was something of a learning moment.

“I think sort of that's etched in my memory just that little bit more because it was a dream of mine to play in a tournament with him and against him.”