Maybe next year? When it came to breaking Augusta National, Bryson wasn't close 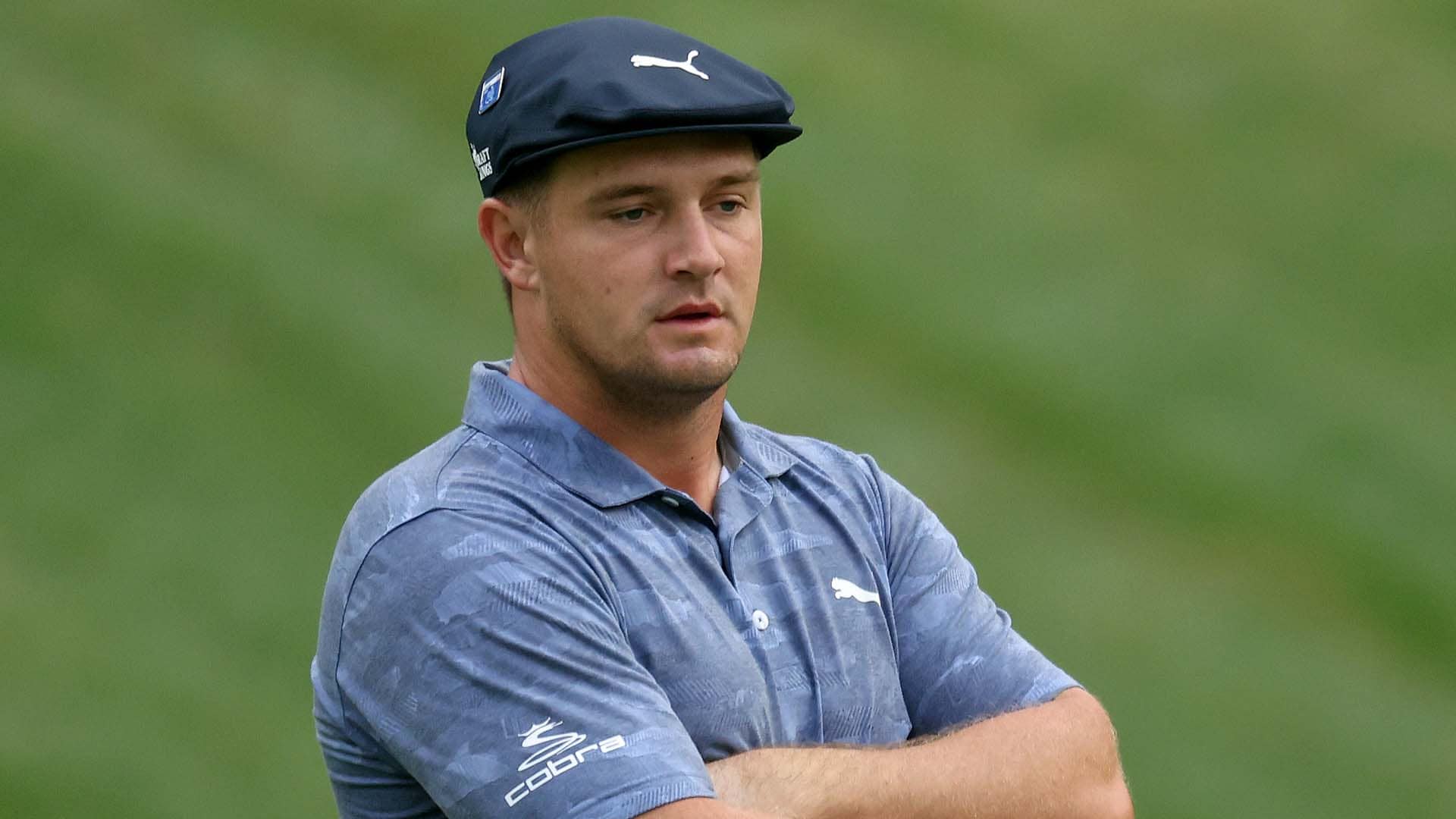 “Length is great, guys,” he said to a few reporters at the beginning of Masters week, “but I’ll tell you, it’s still about wedging and putting around here. If you don’t do that well, you’re not gonna win.”

How prophetic. DeChambeau didn’t win the 84th Masters. Didn’t come close, really, struggling just to open with 70, making the cut on the number and ultimately finishing 18 shots behind Dustin Johnson, in a tie for 34th. His best career finish in four appearances at Augusta National remains a tie for 21st in 2016, when he was an amateur.

For all the breathless speculation about whether Bryson would break Augusta, he couldn’t even beat the oldest and shortest-hitting player in the field. Despite giving up an average of nearly 65 yards off the tee, Bernhard Langer not only handled DeChambeau in their head-to-head final-round matchup (71-73), but he clipped him by a shot where it mattered most: on the final leaderboard. The 63-year-old Langer tied for 29th.

“Even though I’m bombing it by him, he’s still playing better than me,” DeChambeau said. “It doesn’t matter. That’s the cool part about the golf of golf. You can shoot a score whatever way you want.”

By the end of the week DeChambeau looked exhausted, not just because he was feeling unwell but in part because of the intense pressure of the pre-Masters buildup. (Some of that stress was no doubt self-inflicted, after boasting, as the pre-tournament favorite, that Augusta was a par-67 for him. If true, he shot 18 over.)

That doesn’t make DeChambeau’s a failed experiment – he still has the U.S. Open trophy sitting in his Dallas home, after all. And Augusta National should play drastically different in April than it did for the November Masters, with faster and firmer conditions. But it’s worth taking stock of what did and didn’t go according to plan last week.

It was clear from the onset what DeChambeau wanted to accomplish. Merely leading the field in driving distance with his regular 45-inch driver wasn’t sufficient; he wanted to pulverize his opponents with a 48-inch model (that he’d tested only on the range) and become an agent of change in front of a global TV audience. Rather than end that experimentation early, so he could dial in the rest of his clubs, DeChambeau kept tinkering nearly all the way up until gametime, playing a nine-hole practice round Wednesday with both drivers. Eventually, he rolled with his usual gamer, but the deliberation seemed, at least to outside observers, a waste of time and energy when he could have been fine-tuning what he said would be most important that week: wedge play and putting.

After all, DeChambeau’s driving was still as explosive as ever. He dominated off the tee, topping the field in the strokes gained category (+8.1). He led the field in driving distance, at 324.4 yards a pop, and found 69% of his fairways – nearly 10 per round.

There were countless examples where his length gave him, as predicted, a significant advantage that could be exaggerated further with an April Masters:

• Being able to clear the right bunker on No. 1, leaving just a sand wedge in;

• Driving the green on the short third hole;

• Flying the left fairway bunkers on 5 – roughly a 75-yard edge;

• Reaching the eighth green in two, even in soft conditions, with just a hybrid;

• Carrying his drive to the bottom of the hill on 9;

• Having only a pitching wedge into the green on 11;

• Hammering a tee ball over the corner of the dogleg on 13, twice leaving himself less than 150 yards in.

But DeChambeau rarely took advantage. Despite consistently hitting the shortest clubs in, he found only 61% of the rain-softened greens – the sixth-fewest (44) in the field. Johnson tied a Masters record with 60 greens hit.

That’s the area in which DeChambeau lives now that he’s reducing par 4s to nothing, and he’s the first to acknowledge there’s substantial room for improvement. He needn’t look far for inspiration; over the past few years Johnson has gone from one of the worst wedge players on Tour to one of the best, allowing him to finally fulfill his immense potential and, now, grab a pair of majors and close in on the third-most weeks all time with the No. 1 world ranking.

“We’re going to try and work on a golf ball that will fit it a little better with my wedges,” said DeChambeau, whose wedges are longer than standard length, at 37 1/2 inches. “I’ve gone through the whole club scenario. That’s as much as I can do there. So hopefully we can come up with a ball that will do some more things that will be helpful.”

Earlier this year, perhaps no one in golf history used an extended break more effectively than DeChambeau, transforming himself from a curiosity into a major champion. More time in the laboratory looms: His next targeted start is at the Sentry Tournament of Champions in early January, when he’ll undoubtedly unveil some new tools on one of the most user-friendly layouts all season. Intrigue will only increase; expectations, too. He has five months to prepare for the Masters. Knowing Bryson, that’s plenty of time for another seismic shift.