McIlroy (69) battles back to make cut at BMW PGA Championship 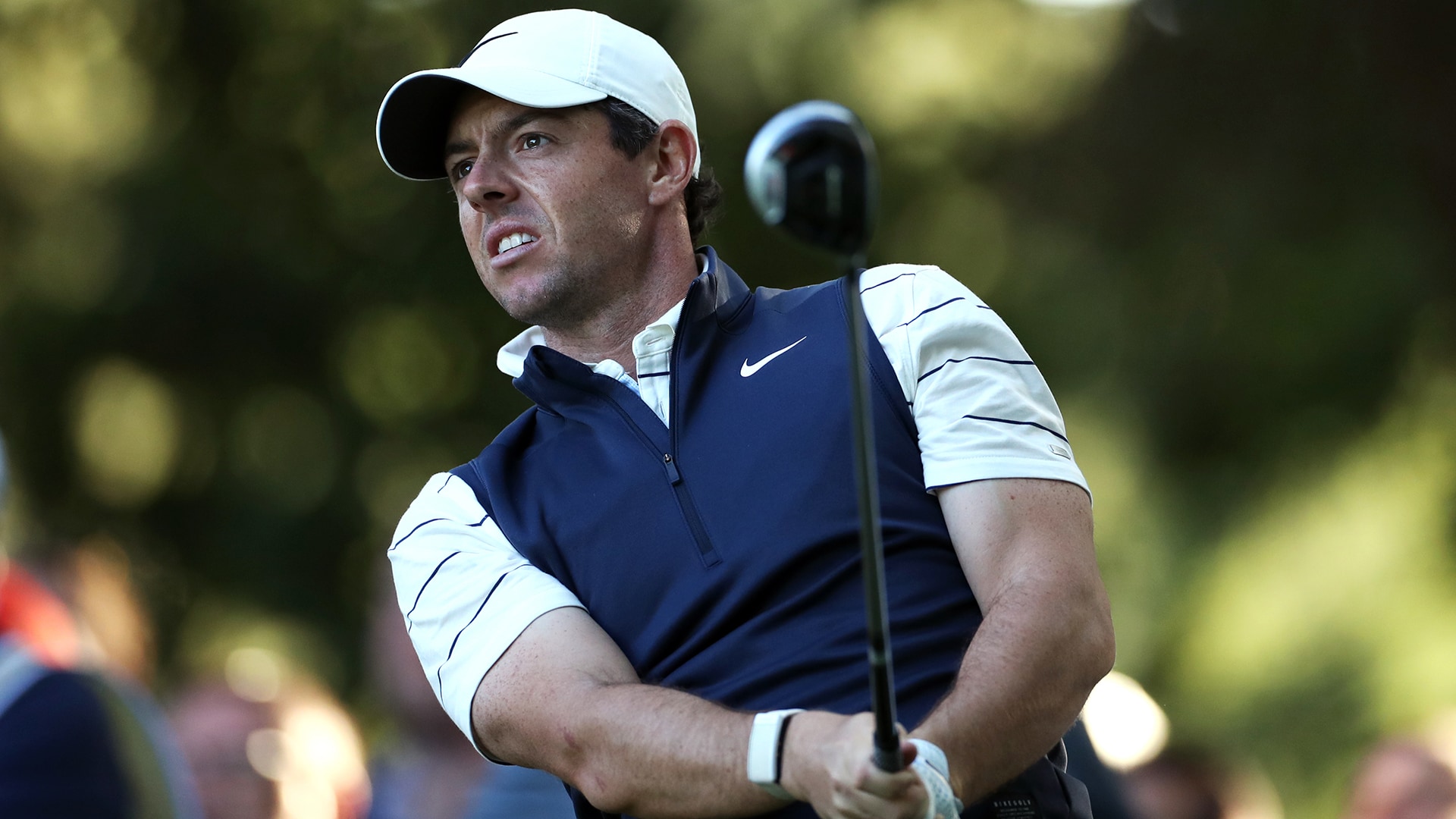 VIRGINIA WATER, England – Earlier this week, Rory McIlroy admitted it was a struggle to get off the sofa following his FedExCup winning performance three weeks ago at the Tour Championship. That there would be a metaphorical hangover shouldn’t be a surprise.

After struggling on Day 1 at the BMW PGA Championship with a 76, the Northern Irishman spent much of Friday scrambling to make the cut in the European Tour’s flagship event.

McIlroy moved just inside the cut line with a birdie at No. 16 and scrambled for pars at Nos. 17 and 18, both par 5s, to secure his spot this weekend at Wentworth.

“I haven't really done much for the last couple weeks, and then my alignment got off a little bit and the more my alignment gets off, then the more the club drops underneath the plane for me, and then the bigger the misses are each way,” said McIlroy, who shot a second-round 69 and was tied for 57th.

McIlroy said he spent about two hours on the range after his round Thursday and added an extended warm up to his routine on Day 2 in an attempt to turn his game around.

“I worked a good bit on that yesterday and felt like I made some good strides, but it's obviously different trying to do it on the range than trying to do it on the golf course,” said McIlroy, who won this event in 2014. “A little bit of work to be done over the weekend, but I'm just glad that I'm here for it.”