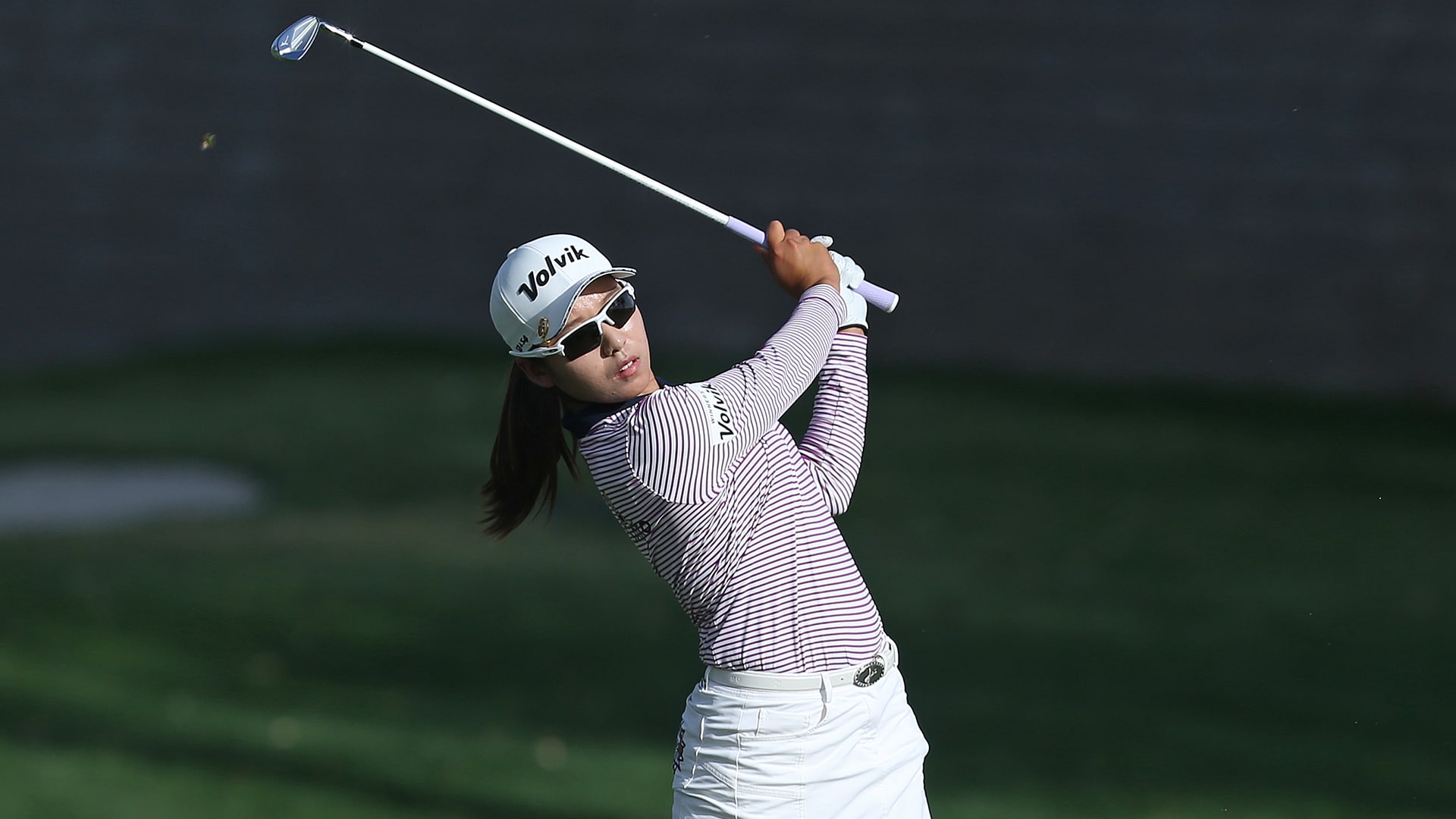 EVIAN-LES-BAINS, France – Taking advantage of an earlier start time to get ahead of bad weather, Mi Hyang Lee surged to a 4-under 67 on Friday to take a one-shot lead into the weekend at the Evian Championship.

The 37th-ranked Lee was at even through 15 holes on the day before a birdie-birdie-eagle finish in the best of still conditions. Her clubhouse target of 10-under 132 only got tougher as threatened lightning strikes forced a delay and the heat was swept away by gusting winds.

"I think I missed a lot of the green today, but was trying to think simple," said Lee, a two-time winner on the LPGA Tour. "I had a little luck also."

Sung Hyun Park shot a bogey-free 5-under 66 but wasted a chance to lead. She three-putted the 18th for the second straight day.

"I knew I had to score low for the first and second rounds, so I was a little aggressive," Park said through a translator, noting a forecast calling for rain through the weekend.

Creamer returned on the 13th green and missed a 6-foot putt for her first bogey of the tournament. She dropped shots on Nos. 14 and 15 as the wind whipped up, then made a triple-bogey 6 after finding water at the par-3 16th.

Another bogey at No. 17 left Creamer seven shots worse off since the stoppage - giving back all she gained in a 64 during Thursday's heat wave. Her 76 left her tied for 25th at 2 under.

"Unfortunately, this time it got me," the 2010 U.S. Women's Open champion said of the weather delay. "I was playing great, really consistent."

Playing partners Inbee Park and Kim coped better, and Park credited the steep drop in temperature with helping her make three late birdies in a round of 68.


Full-field scores from the Evian Championship

"Maybe I needed a break because of the heat," she said, though the changing wind direction made judging distances tough. "We were definitely on the wrong side of the draw."

Former No. 1 Shanshan Feng (66) was alone in fifth at 7 under. Feng, who won her only major at the 2012 LPGA Championship, missed the cut at the three previous majors this season.

"Finally get to see me on the weekend at a major," Feng said.

A group at 6 under included Caroline Hedwall of Sweden, who also shot 64, and Americans Jennifer Kupcho and Amy Olson. Kupcho won the Augusta National Women's Amateur in April and has since turned professional.

Last year at Evian, Olson led for most of the weekend and was still one shot clear on the 18th tee, but she closed with a double bogey and finished one shot behind Angela Stanford. It was her career-best result in a major.

"A little bit of mixed feelings," Olson said about being back at Evian. "Obviously I played well last year. I'm not going to say it still doesn't hurt."

Stanford relinquished her title after a 74 left her at 8-over 150, six strokes outside the cut line.

The highest-ranked American, No. 3 Lexi Thompson, shot 72 to finish at 7 over and was unhappy with the condition of the course and the way she felt good tee shots were punished.

"I'm actually very thankful that I don't have to put myself thru that for another two days," Thompson wrote on Instagram . "You're a beautiful place Evian but that's just too many bad breaks with good shots for me, so bye."

That left the weekend free to prepare for the Women's British Open, the year's final major that begins Thursday in Woburn, England.

No U.S. player has won a major this season. Americans have taken home at least one of the five major titles each year since the Evian tournament was raised in status for the 2013 edition.