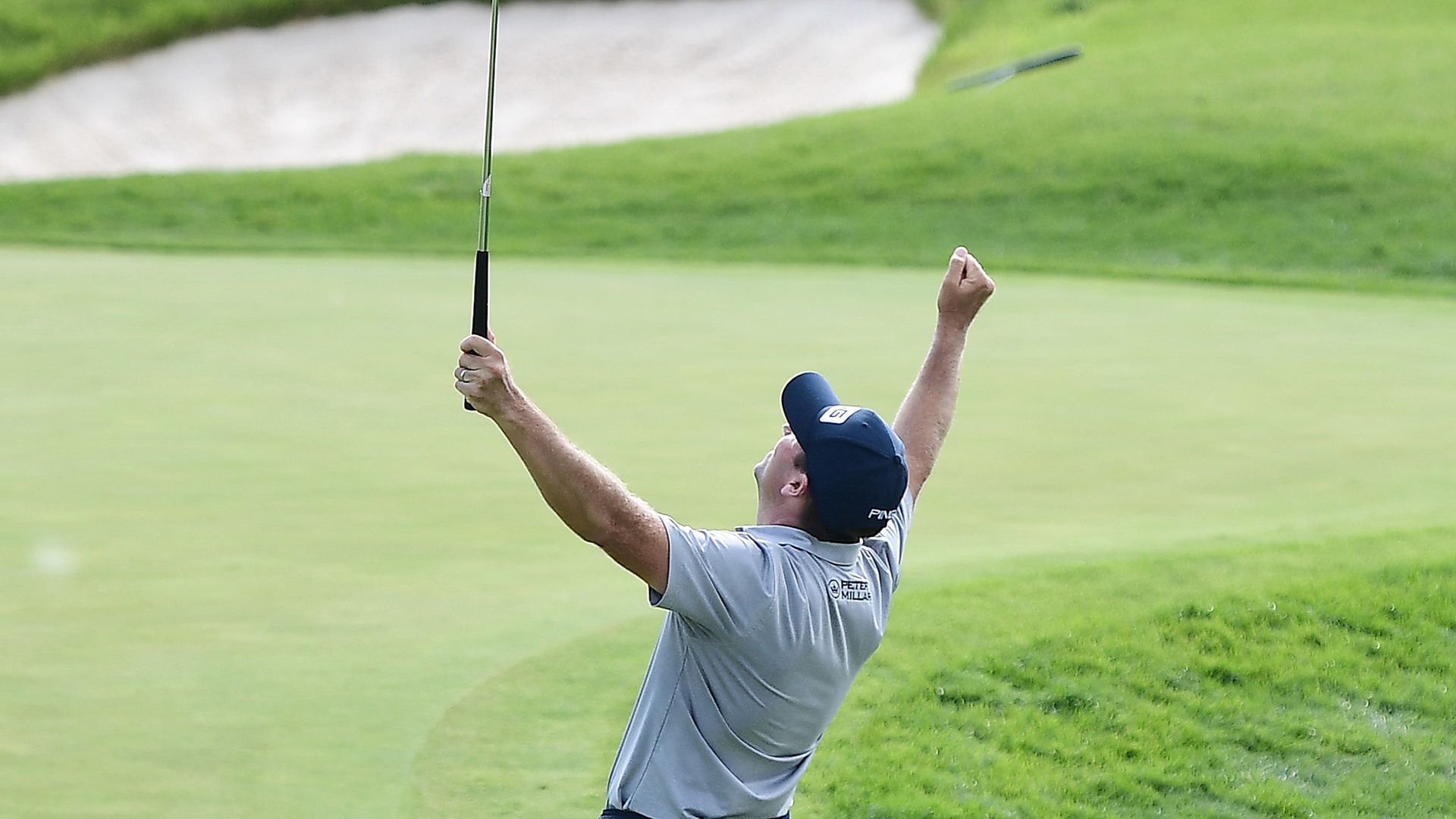 It was another dramatic finish at the 3M Open, where for the second straight year the title went down to the wire. Here's how things ended up at TPC Twin Cities, where Michael Thompson got back into the winner's circle for the first time in seven years:

Main storyline: Thompson started the day with a share of the lead, and he seemed a little wobbly out of the gates by playing his first four holes in 1 over. But he steadied with two straight birdies on Nos. 5 and 6 and didn't drop a shot the rest of the way, pulling ahead for good with an up-and-down birdie on No. 16 and closing it out with a 15-footer on No. 18. Thompson's lone prior win came at the 2013 Honda Classic, and the veteran has spent the subsequent years struggling to maintain his Tour status. But with win No. 2 he's now fully exempt through the 2022 season and has earned spots in three of the next four major championships as well as next week's WGC event in Memphis.

Round of the day: Long made the cut on the number but turned things around quickly over the weekend, following a third-round 63 with a closing 64. Long made eight birdies during the final round, dropping his lone shot of the day on No. 17, and tallied 16 birdies against just one bogey over his final 36 holes to vault into second place and snag an exemption into the upcoming U.S. Open.

Best of the rest: Shelton closed with a flurry to match Long's round of 7-under 64, carding six birdies over his final eight holes including four across Nos. 14-18 to close with a back-nine 30. Shelton was 1 over through six holes before flipping a switch as he found all 18 greens in regulation during the final round.

Biggest disappointment: It was a rough day for overnight co-leader Richy Werenski, who couldn't keep pace with Thompson as he sought to win for the first time. Werenski made three front-nine bogeys, turning in 2 over, and his chances to win were dashed by the time he sent his tee shot on No. 16 into the water. He ultimately closed with a 1-under 70 to finish in a large tie for third at 16 under.

Shot of the day: Thompson was tied for the lead when facing a long bunker shot on No. 16. With water long, he nipped a sand shot that checked and spun to within 2 feet to set up a critical birdie that proved to make the difference.