Michael Thorbjornsen's strong U.S. Am start aided by caddie, the No. 10 amateur in world 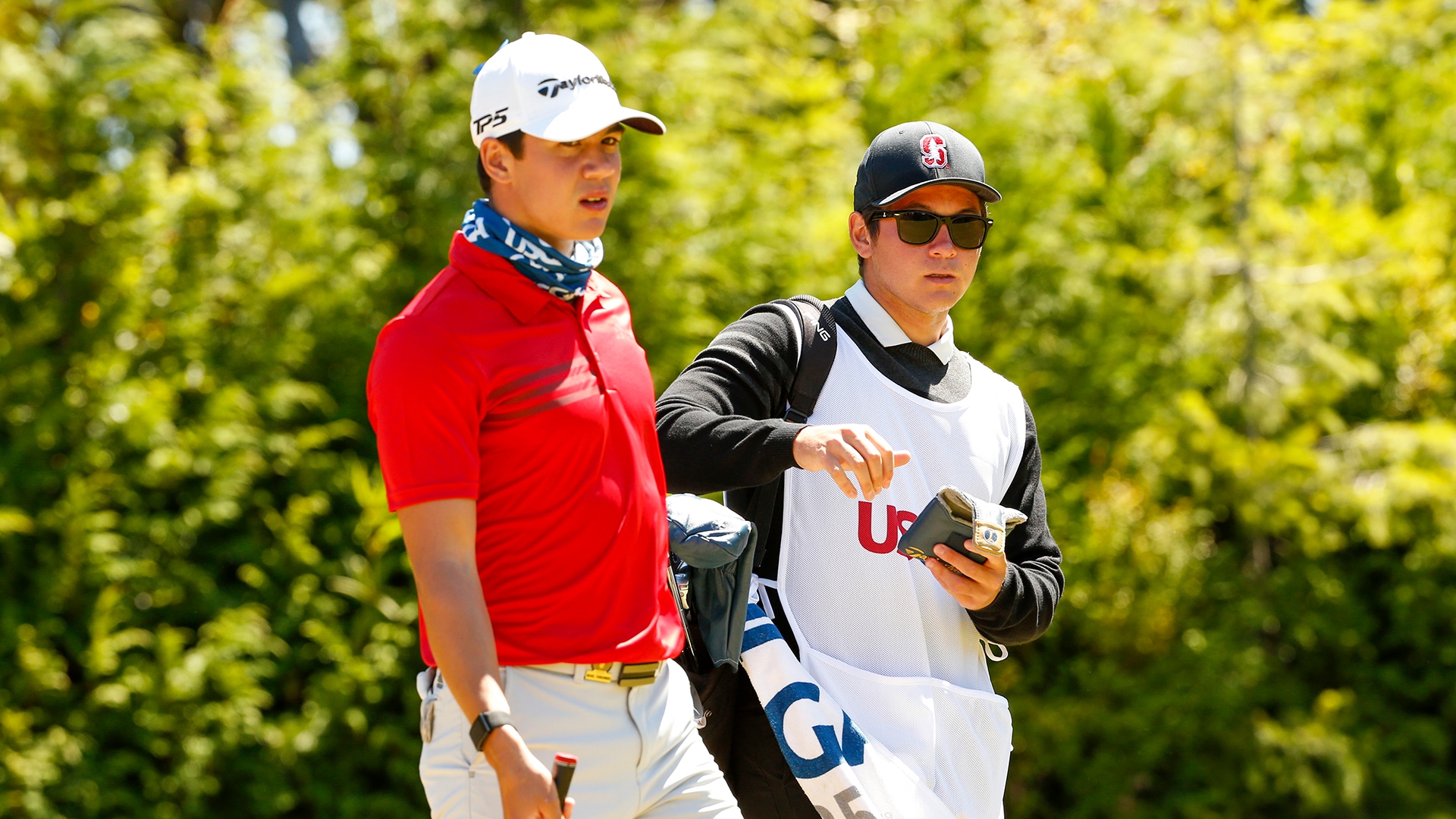 BANDON, Ore. – There are just 21 guys ranked higher than Michael Thorbjornsen this week at Bandon Dunes.

One of them just happens to be his caddie.

When Karl Vilips, the world’s No. 10 amateur, decided to skip the 120th U.S. Amateur as he continues to recover from a broken left grip finger, he offered his looping services to Thorbjornsen, his friend and fellow Stanford freshman. The partnership paid off brilliantly in Monday’s opening round around Bandon Trails, where Thorbjornsen turned in a 3-under 68 to put himself in great position to make match play.

“I felt pretty good about my game, but I felt like my course management was what really set me up pretty well for the whole day,” Thorbjornsen said. “I mean, having Karl on the bag is very helpful. He knows exactly what shot to hit for certain wind types.”

While playing competitor Stewart Hagestad called Thorbjornsen’s performance “clinical,” Vilips’ caddie performance was, no pun intended, downright surgical. The Aussie, with an affinity for playing in the wind, guided the less comfortable Thorbjornsen, a Northeast kid, throughout the round, especially down the stretch with northernly winds really starting to howl.

When Thorbjornsen found the left fescue at the par-4 13th hole, he thought he’d need 9-iron from 130 yards out. But Vilips handed him pitching wedge, telling him to aim at the center of the green and let the wind take it left. Thorbjornsen hit it to 15 feet and made birdie, his fifth and final of the round.

“I really trust Karl’s advice out on the course because I know how good of a player he is,” Thorbjornsen said. “When Carl says he really believes in a certain club and hitting it a certain way, I believe him.”

Three holes later, at the par-5 16th, Thorbjornsen was prepared to hit driver off the deck for his second shot, thinking anything less would leave him a tricky half-wedge shot into the wind. Again, Vilips vetoed the decision, instead recommending a stinger 3-iron. Thorbjornsen left himself a short chip, and then a make-able birdie putt, before lipping out the short roll.

Finally, with the wind pumping hard from the right at the lengthy, downhill par-3 17th, Thorbjornsen thought he had the perfect weapon for hitting the green some 185 yards away: a 4-iron cut against the breeze. Vilips had another idea: “Watching the groups before and reading the wind off the north, I felt the 4 would’ve been too much. I told him 5-iron and play the same exact shot.”

Thorbjornsen’s ball cut beautifully, landing just beyond the hole before bouncing to some 18 feet. The 4-iron would’ve been over the green and likely in the bushes.

“I don’t think I shoot 68 without Karl,” Thorbjornsen said. “With all the advice that he’s given me, I know he would’ve played great out here.”

As he stared out over Bandon’s massive property, Vilips agreed: “Yeah, this is my type of golf,” he said, noticeably bummed. 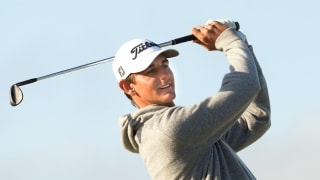 SMU's McClure Meissner leads the U.S. Amateur after Day 1 of stroke play after an 8-under 64 at Bandon Dunes.

It’s been a tough six months since that March 6 pick-up basketball game in which Vilips suffered an evulsion fracture, just days before leaving for his final appearance at the Junior Invitational at Sage Valley. Stubbornly, Vilips tried to play through the pain at the prestigious junior event, but he only got through five holes before calling it quits.

After his withdrawal, Vilips actually decided to travel to Wellesley, Mass., for six weeks to stay with Thorbjornsen. With golf courses closed because of the pandemic, it gave Vilips an opportunity to rest. The two instead spent their time eating Chinese food, working out and playing way too much Call of Duty.

But when Vilips returned home to Florida, scans revealed his finger had gotten worse. He decided to fly to Stanford and have surgery, where doctors performed a bone graft using part of Vilips’ wrist.

“He went through the wringer,” said Thorbjornsen, who said he talked to Vilips almost every day, as his buddy determinedly worked his way back to full strength, starting with putting and chipping, then wedges, and eventually graduating to full shots.

Initially, Vilips figured he’d be out until mid-September, so he opted to not enter the U.S. Amateur. But his finger healed quicker than expected, and just last week he was shooting under-par rounds down in Palo Alto, California.

“The finger’s good to go,” Vilips said. “I’m eager to get out and play something.”

Still, it was too late to enter. So for now, helping Thorbjornsen navigate his way to the Havemeyer Trophy will have to do.