Wie thrilled to return to her roots 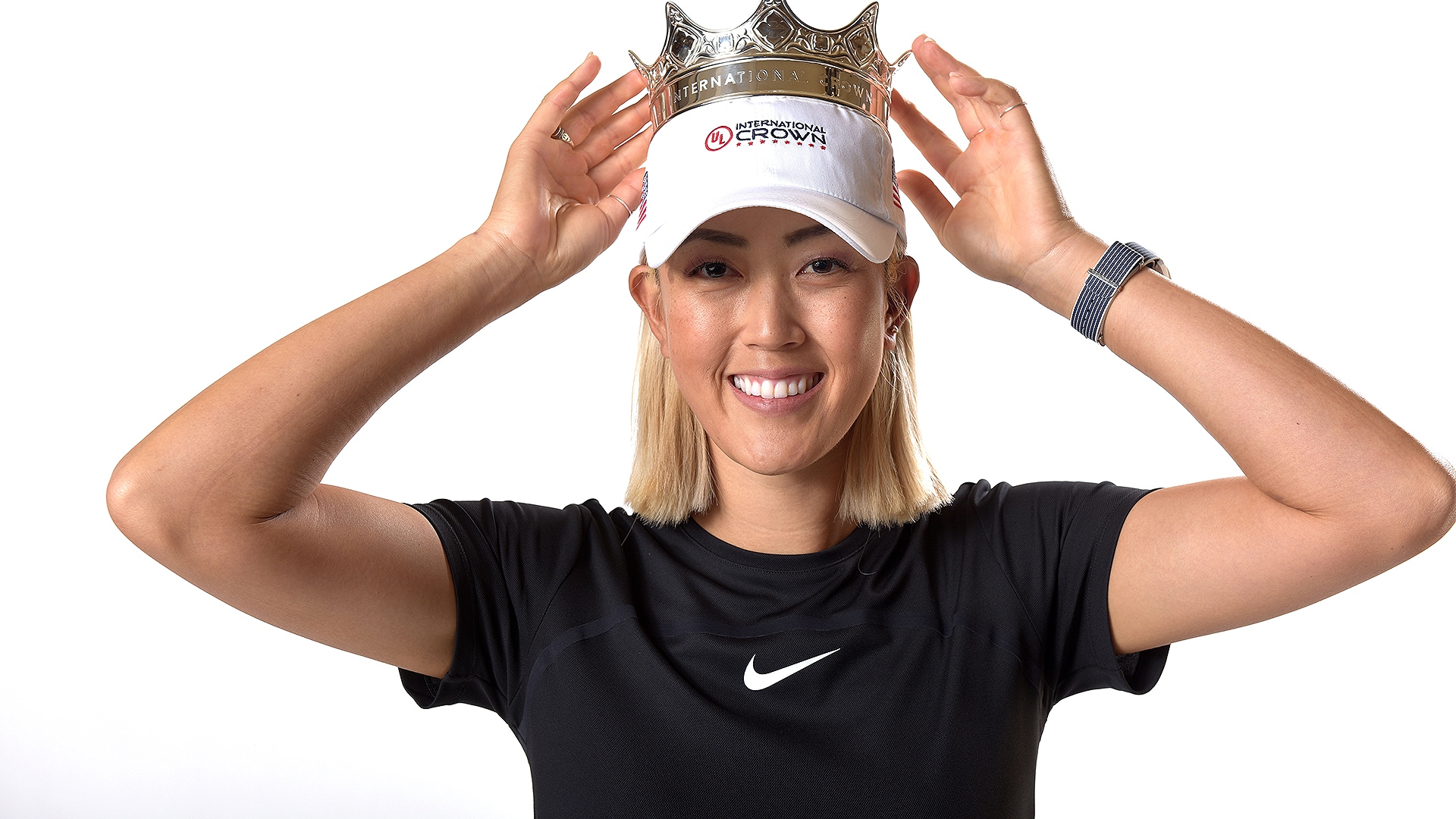 INCHEON, South Korea -- A longing stirred when the news broke four years ago.

When she first heard South Korea won the rights to become the first country outside the United States to host the UL International Crown, she knew she had to be there.

Wie knew she had to make the American team teeing it up in Incheon this week.

“That became a big goal, as soon as I found out,” Wie told GolfChannel.com. “Going back to Korea, to my roots, with all my family over there, it was really important to me. I’m always excited to return there.”

Wie is thoroughly American, and she relishes representing her country in these biennial international team events, but she’s proud of her Korean heritage, too.

There’s a lot stoking that pride.

Wie’s grandfather was a war hero there.

Her uncle is a rocket scientist whose work is devoted to saving the world from a cataclysmic event.

Sang-Kyu Wie, B.J.’s father, won three U.S. medals as a pilot flying with the Americans in the Korean War in the ‘50s. His honors included the Distinguished Flying Cross. There’s a painting of Wie’s grandfather in a T6 Mosquito Turboprop hanging in the National Museum of the U.S. Air Force in Ohio. He won the medal soaring below radar on risky missions over cloud-covered mountain ranges as a forward air controller identifying anti-aircraft installations and other threats.

“They said there was only a 50 percent chance of returning alive from those missions, and he flew a hundred of them,” Wie said.

Sang-Kyu passed away a few years back, but not before Michelle got to know him.

“He’s definitely one of the most influential people in my life,” Wie said.

Wie, 28, is proud of the legacy her grandfather left, that so many of her family members continue to build upon in South Korea.

After the war, Sang-Kyu traveled to study in the United States, becoming the first Korean to earn an American Ph.D in aerospace engineering. He got his degree at the University of Minnesota and then returned to South Korea to teach.

“When I go back to South Korea to play the HanaBank Championship, people will stop me and say, `Your grandfather was my professor,’ or `I knew your grandfather,’” Wie said. “It brings me a lot of pride hearing the stories. He touched a lot of lives.”

Sang-Kyu had nine brothers and sisters. They’re descended from China’s Tang Dynasty. The first of the Wies who migrated to Korea settled in Changhung, a small village in the countryside south of Seoul, where the family still thrives.

“We call it the Wie Village,” Michelle said.

Lots of aunts, uncles and cousins still make their homes there.

The Wies have spread across South Korea now, with Sang-Kyu’s academic interests shared among family. B.J. studied architecture and urban planning before getting a Ph.D in transportation science at the University of Pennsylvania and then becoming a professor at the University of Hawaii.

Bong is in charge of a project designed to save the entire planet from an extinction event.

“You remember the movie Armageddon?” Michelle said. “If there’s ever an asteroid headed to earth, he’s the guy in charge of sending a couple nukes to blow it up.”

“My uncle is why I wanted to go to Stanford,” Michelle said. “He’s a legend.”

One of Michelle’s aunts is a medical doctor in Seoul.

“She’s one of the first female doctors to graduate from Seoul University,” Michelle said.

Bo, who once reigned as Miss Korea, has plenty of family in South Korea, too. Her father is still there.

“My grandfather is excited I’m coming to play, and I’m excited to get to see him,” Michelle said. “He’s not getting any younger, and I appreciate every opportunity I get to see him and the rest of our family.

“My mom’s brother and his wife, they come out every time I play. Different family members, they’re always there to watch when I go over to play.”

Wie was born in Hawaii, where B.J. and Bo settled, but she visited South Korean family with her parents every year while growing up. In fact, she believes she was in kindergarten, or maybe first grade, when she spent a couple months  going to school there in a prolonged visit.

Her Korean is still pretty good, she says, but not as fluent as she would like. She began watching Korean TV dramas a few weeks back to brush up for this trip.

Wie put up a fight early this year to make the American team, and she fretted late this summer when an injury to her right hand threatened her participation, but she said she is ready to go this week.

“It’s quite a big deal to her,” said David Leadbetter, her coach. “It was a 50-50 proposition for a while there whether she was going to be able to go, but she’s been working on a pain-free swing that seems to be working.”

Wie withdrew from the Ricoh Women’s British Open with the injury two months ago and hasn’t played since. She began hitting balls two weeks ago to get ready to help the Americans defend their title at the UL International Crown. It’s her first time making the team.

Wie wasn’t among the top four Americans who were in position in the world rankings to qualify for the team at year’s start. In fact, she was just the sixth highest ranked American, but her victory at the HSBC Women’s World Championship in March vaulted up the rankings, helping her claim a spot when the team’s roster was set in July.

The Wie Village will be swelling with pride again.