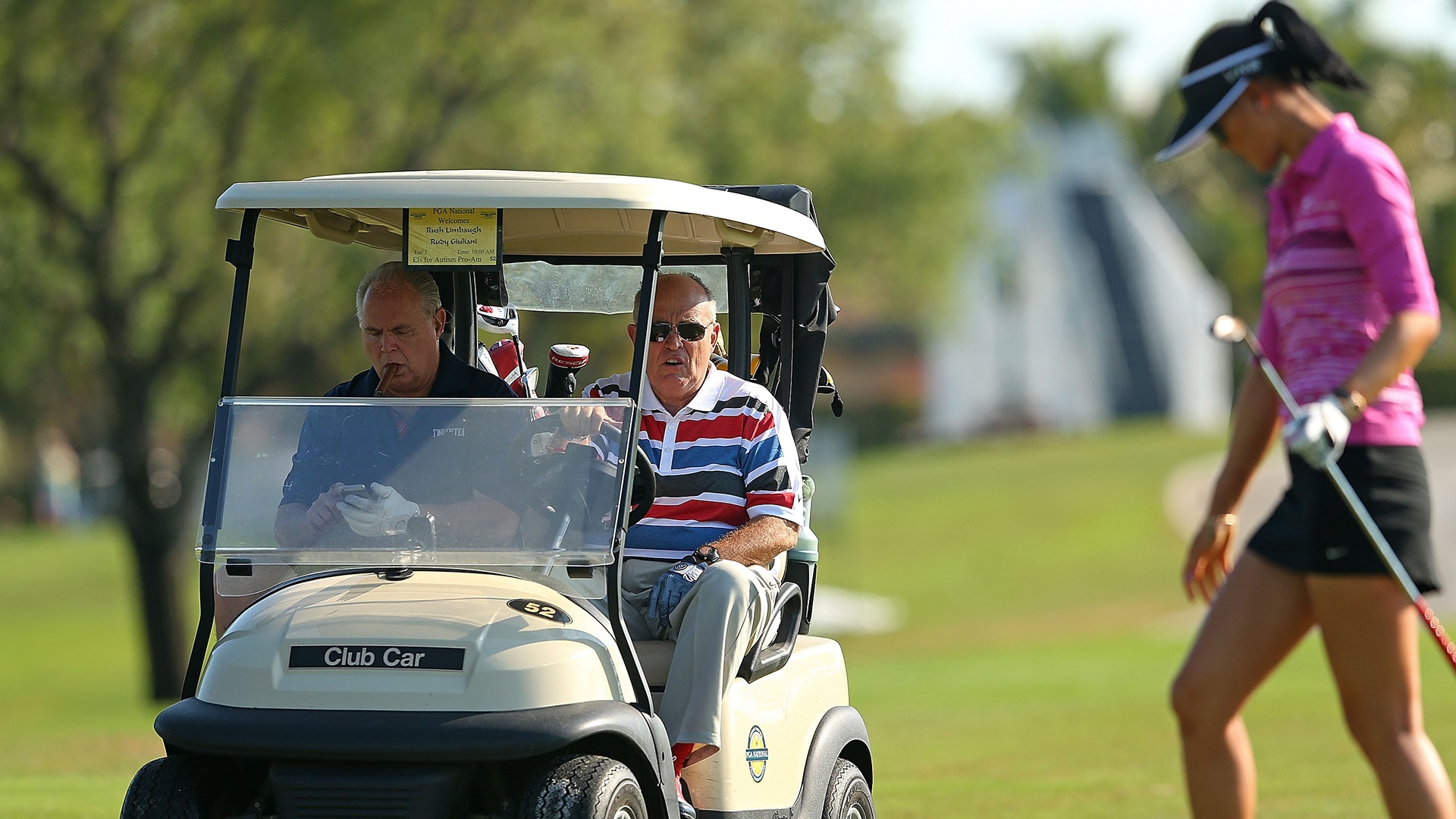 A day after Rudy Giuliani appeared on a podcast and shared an inappropriate story about Michelle Wie West, the LPGA player took to social media to express her disgust with the former New York City mayor.

Wie West on Friday called it “unsettling to hear of this highly inappropriate story” shared by Giuliani on Steve Bannon’s “War Room” podcast in which Giuliani described paparazzi showing up at a charity golf fundraiser seven years ago in order to, in Giuliani's words, photograph Wie West’s “panties.”

“What this person should have remembered from that day was the fact that I shot 64 and beat every male golfer in the field leading our team to victory,” Wie West wrote. “I shudder thinking that he was smiling to my face and complimenting me on my game while objectifying me and referencing my ‘panties’ behind my back all day.”

Giuliani, who was also playing with late radio host Rush Limbaugh, elaborated on the uncomfortable story before ending with, “Is that OK to tell that joke? I’m not sure.”

“Michelle Wie is gorgeous, she’s 6 feet, she has a strange putting stance,” Giuliani said. “She bends all the way over and her panties show, and the press was going crazy. They were trying to take pictures of her panties. It’s not me, it’s not you, it’s her panties.”

Wie West, the 31-year-old five-time LPGA winner who is currently on maternity leave from the tour, also noted that she won the 2014 U.S. Women’s Open at Pinehurst that year, which she correctly states should’ve been the subject of the story, “not what we wear or look like.” Plus, she says, she was wearing a Nike skirt with built-in shorts, which makes Giuliani's story even more egregious.

“My putting stance six years ago was designed to improve my putting stats…,” she wrote, “NOT as an invitation to look up my skirt!”