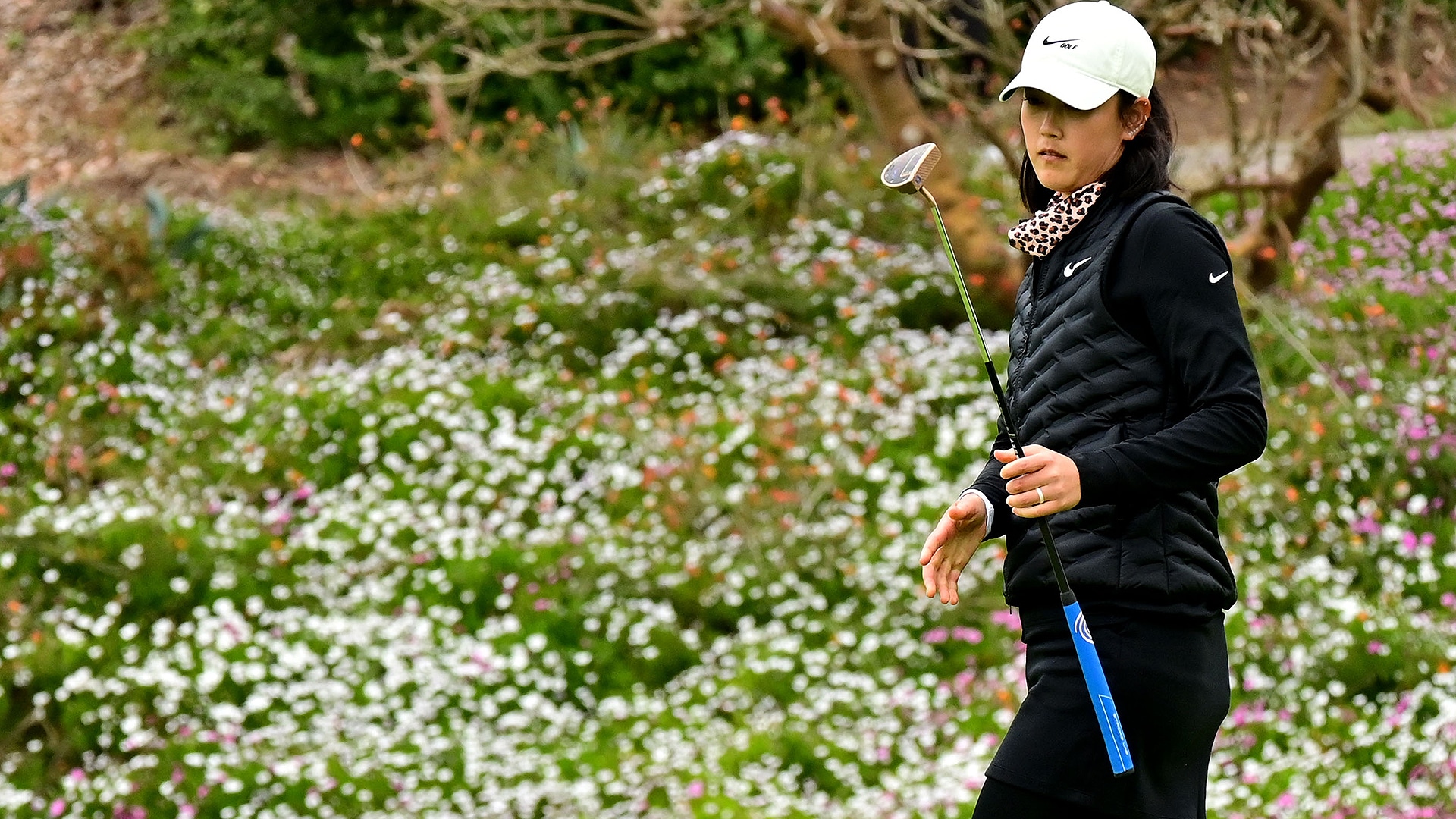 CARLSBAD, Calif. – Michelle Wie West struggled through a round of 9-over 81 in her first tournament in nearly two years, while Inbee Park shot a 6-under 66 to take the first-round lead Thursday in the Kia Classic at Aviara.

Park had a solid, bogey-free round in rainy, breezy conditions in the afternoon. Fellow South Korean Hyo Joo Kim was a stroke behind, and Sophia Popov, In Gee Chun, Stephanie Meadow and Mel Reid shot 68.

The focus was on the 31-year-old Wie West in her first event since giving birth to daughter Makenna nine months ago. This is her first tournament since the Women’s PGA Championship at Hazeltine in June 2019, when she shot 84-82.

She had hoped for a smoother return to the tour but finished the round tied with Yani Tseng for 142nd in the 144-player field. Wie West opened with her only birdie and then carded seven bogeys in her next 13 holes. She made a double-bogey 6 on No. 15 and closed with a bogey on 18.

“I birdied the first hole, so that was good,” Wie West said. “I hit a lot of great shots today. Just felt like I had a couple unlucky bounces here and there that could have made a big difference. At the same time, I just couldn’t get my putter going. I Just didn’t make a lot confident strokes out there today which I know I can improve for tomorrow.”

Wie West said she had no excuses.

“I’m really taking a lot of the positives out of it, and there were a lot. It didn’t seem like it, but I’m excited,” she said. “I’m grateful to be back out here, grateful that I have another day tomorrow to kind of get my game ready for ANA. I hope I make a lot of birdies tomorrow.”

The ANA Inspiration, the season’s first major, is next week at Mission Hills in Rancho Mirage.

Even though her parents flew over from Hawaii to help care for her daughter, Wie West said the demands of motherhood will affect the time she can spend at the course.

“I mean, I would be spending an hour on this putting green, but I’ve got to head back and do bath time now,” she said. “So definitely priorities are there, are different, and that’s just kind of ... I mean, I had a big smile on my face all day today because life is good. I’m out here playing again; I have a beautiful daughter.”

Wie West was bothered by a hand injury in 2019 and said she thought about retiring, until finding out she was going to have a girl. She is married to Jonnie West, director of basketball operations for the Golden State Warriors and son of basketball great Jerry West.