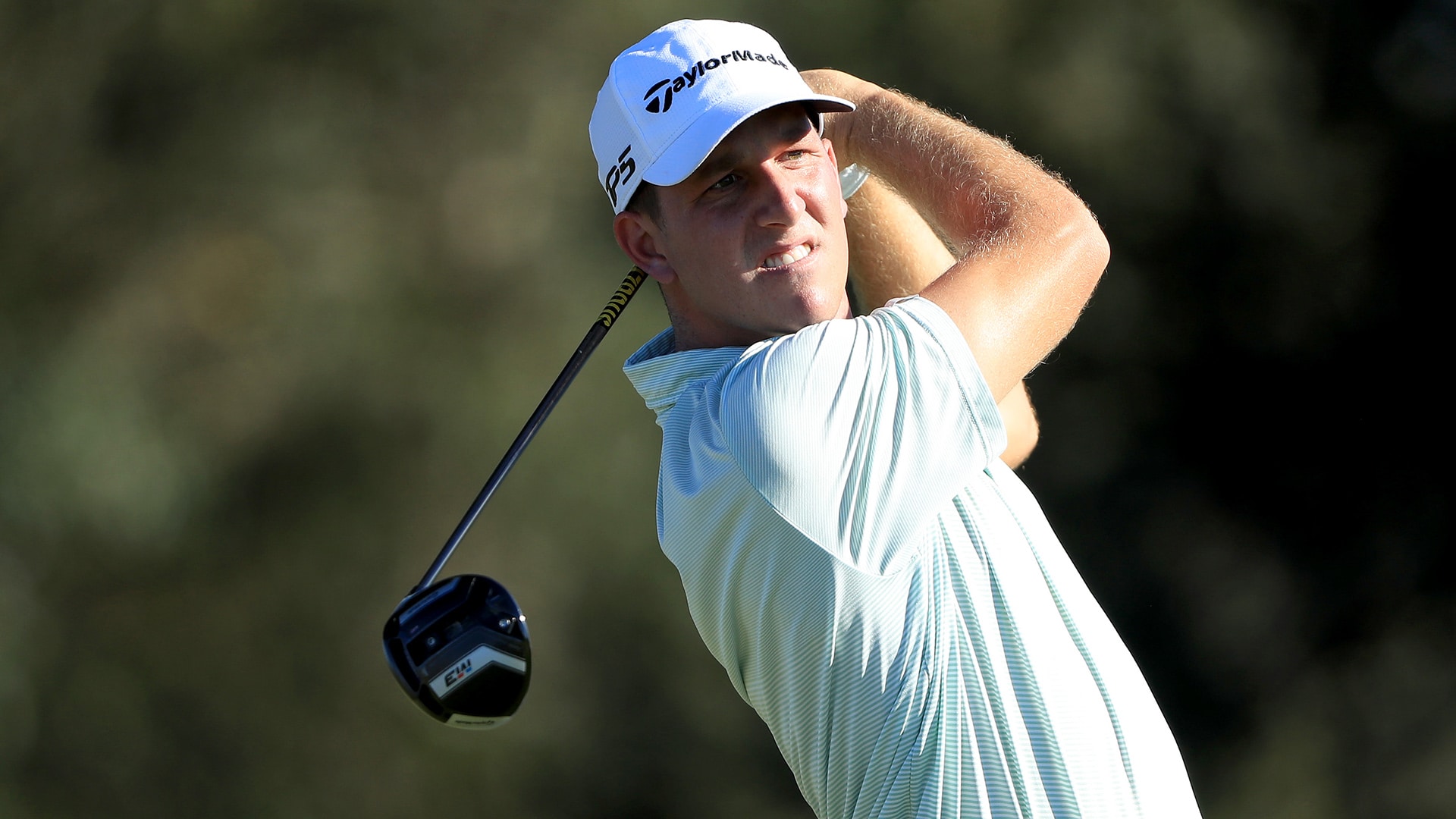 Mickey DeMorat fired a second-round, 7-under 65 on Monday to take the 36-hole lead at the Korn Ferry Tour's Bahamas Great Abaco Classic.

The 24-year-old DeMorat birdied seven of his first nine holes to card a front-nine, 7-under 29 at Baha Mar's Royal Blue Golf Course in Nassau, this year's host of the tournament after the Abacos were devastated by Hurricane Dorian last September. At 11 under, DeMorat leads Scott Gutschewski by a shot.

"I played aggressively on the front nine hitting driving on every hole," DeMorat told GolfChannel.com after his round. "It paid off with some short birdie looks and I was able to make a few long putts on the tougher holes, as well."

DeMorat, who turned pro two summers ago out of Liberty University and made the cut at the 2018 U.S. Open in his first pro start, is in his rookie season on the Korn Ferry Tour after tying for fifth at the final stage of Q-School in December. He made six starts and posted two top-10s last year on the developmental tour despite not having any status.

Last week, he missed the cut in his season debut, firing a second-round 79 in windy conditions at the Bahamas Great Exuma Classic.

Two shots back of DeMorat are Willy Wilcox, who posted 64 on Monday, and Curtis Thompson, co-medalist at last month's final stage and the younger brother of LPGA star Lexi Thompson. Also in the top 5 is 29-year-old Kevin Roy, whose dad, Jim, played on the PGA Tour and PGA Tour Champions. But when it comes to famous relatives, DeMorat trumps all. His uncle has 25 million Twitter followers.

DeMorat, who lives in the quiet intracoastal community of Merritt Island on the east coast of Florida, is the nephew of comedian Daniel Tosh, who tweeted non-stop support of his nephew during that U.S. Open at Shinnecock.

"This is a big deal in my family. Finally one of us can accomplish something my dad can be proud of," read one of Tosh's tweets from that week.

DeMorat, though, would prefer to be known not for his famous uncle but rather his own golf, which looked pretty good Friday as he matched his career-best round on the Korn Ferry Tour.

Last week's winner Tommy Gainey was among the players who missed the cut.