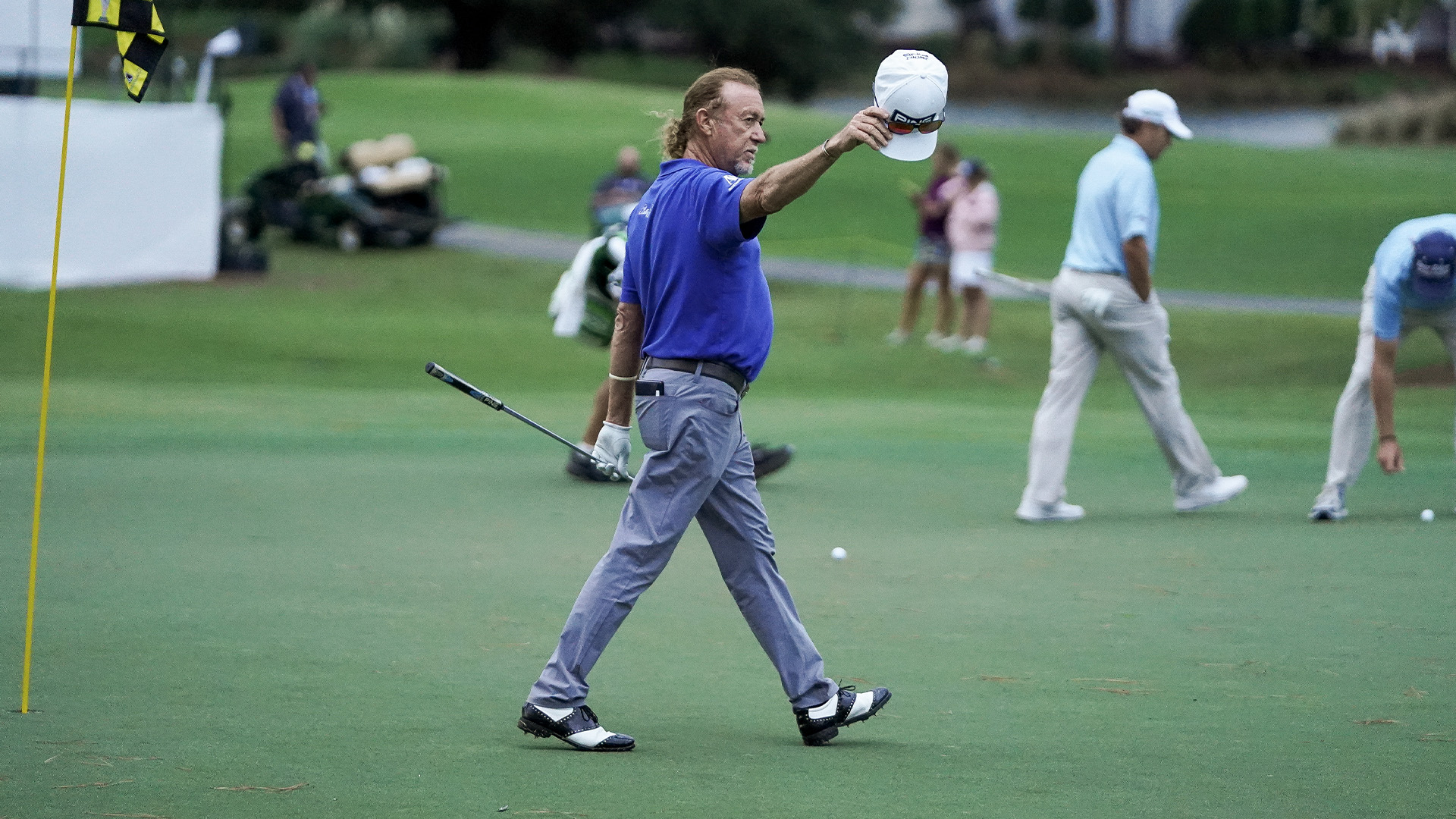 CARY, N.C. — Miguel Angel Jimenez eagled the par-5 17th in a 4-under 68 for a share of the second-round lead Saturday with Alex Cejka in the PGA Tour Champions’ SAS Championship.

“I hit a beautiful 7-wood there, like 3 1/2 meters or less,” Jimenez said about the eagle. “All day long been hitting quite well and I played decent really. ... I think played very well all day. Four-under par with these conditions, I think I played very well.”

Cejka shot a 67 in the round delayed 90 minutes late in the afternoon because of rain to match Jimenez at 9-under 135 at Prestonwood Country Club.

Bernhard Langer (66) was a stroke back with Scott Dunlap (68) and first-round leader Scott Parel (71). The 64-year-old Langer, the tournament winner in 2012 and 2018, leads the Charles Schwab Cup points race.

“Played pretty decent all along,” Langer said. “Yesterday, I played brilliant and didn’t make anything. Today, I played almost as good and made a few putts and that was the difference.”

Cejka won the major Regions Tradition and Senior PGA Championship in May for his first senior titles. The 50-year-old Czech-born German won his lone PGA Tour title in Puerto Rico in 2015.

“I played pretty good,” Cejka said. “It was tough out there. It was a little bit windy, but I hit a lot of good shots. ... Could have been one or two more better, but I take it where I am right now concerning what we had the last three holes with the rain delay. So I’m just happy where I am right now. I’m excited for tomorrow.”

The top 72 players on the money list after the regular-season finale will advance to the playoffs. A wild-card playoff spot also is available for a player outside the top 72 who finishes in the top 10 this week.

Defending champion Ernie Els was even par after a 73. 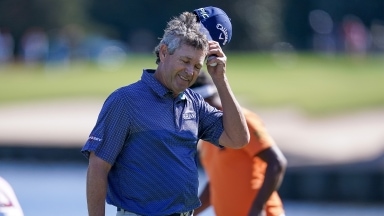 Lee Janzen made a 20-foot birdie putt on the first hole of a playoff with Miguel Angel Jimenez. 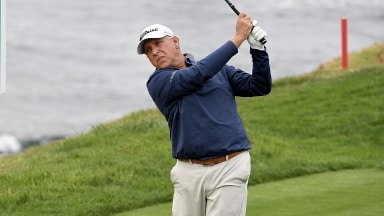