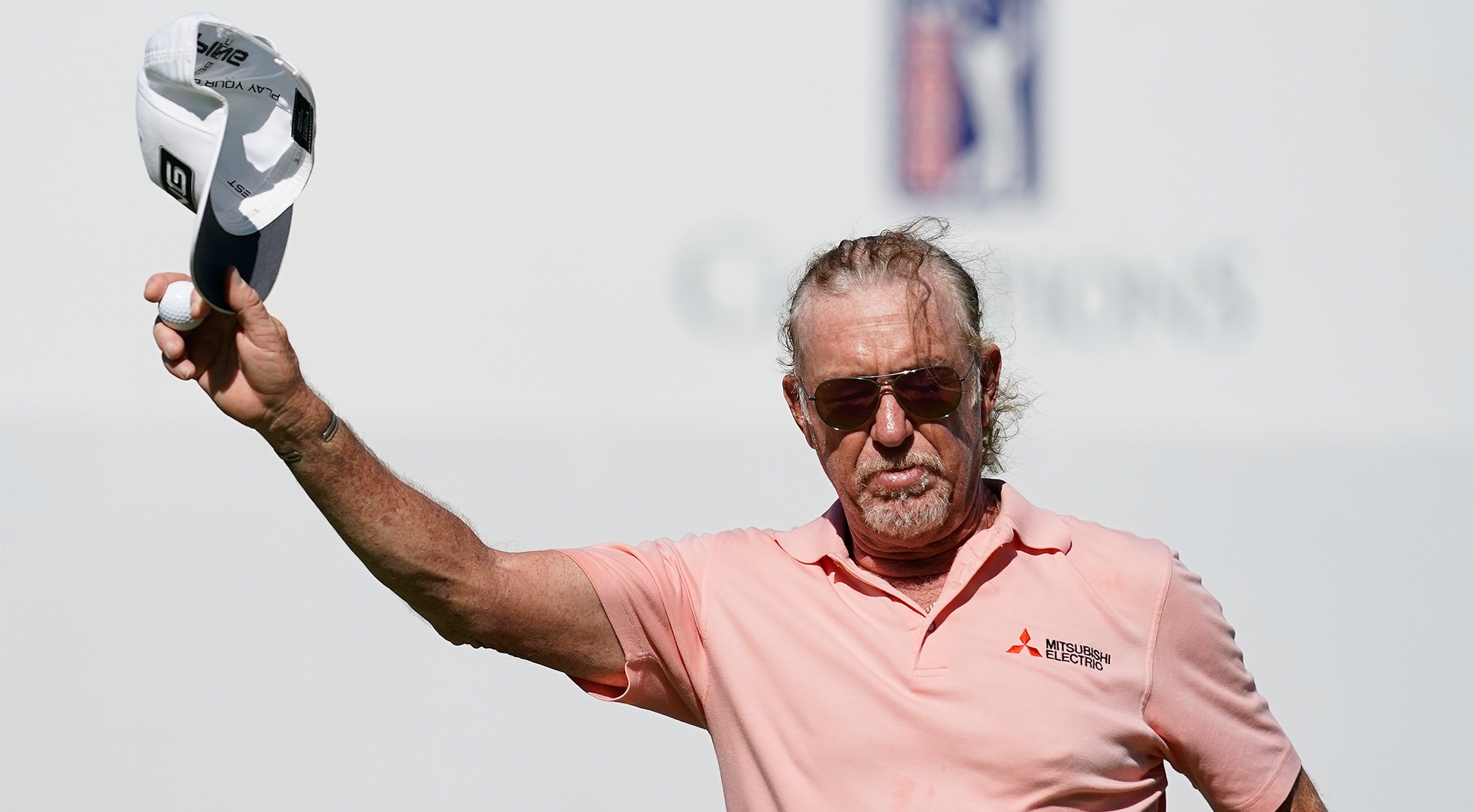 MADISON, Wis. — Miguel Angel Jimenez shot a 3-under 69 on Saturday to take a one-stroke lead over Fred Couples into the final round of the PGA Tour Champions’ American Insurance Championship.

Jimenez, also the first-round leader after a 65, had a 10-under 134 at University Ridge.

“Not as good a score as yesterday. Still hitting good, hitting some good shots there, a couple up-and-downs,” Jimenez said. “A little bit unlucky a couple of times, the ball was in a divot and a little bounce when I made the bogey.”

The 57-year-old Spaniard has 10 victories on the 50-and-over tour after winning 21 times on the European Tour.

“The thing you have to do tomorrow is keep patience, have a good swing rhythm and let everything happen,” Jimenez said. “You have to respect all the players that are behind you, they’re all great players, and tomorrow the one who plays better will win the tournament. Or the one who keep more concentrating, more calm. Don’t think about it, just do your best.”

“I felt like I hit the ball pretty well,” Couples said. “I’m not going to say I wasn’t getting anything out of my round, because it was blowing in the first seven, eight holes. Then the back nine, I just started to hit it a little bit better, a little closer to the hole and made some putts.”

Hometown favorite Jerry Kelly, the winner in 2019 when the event was last played, was two strokes back with Jim Furyk and Retief Goosen. Kelly shot a 69, closing with a double bogey to lose a share of the lead. Goosen and Furyk each shot 68.

Tournament host Steve Stricker was 2 under after a 72. The U.S. Ryder Cup captain, like Kelly, grew up and lives in Madison.

“Up and down, pretty lackluster. I’d get some momentum and then give it away right away,” Stricker said. “Just doing some really dumb things, making a mess out of things that I really shouldn’t be making a mess out of. Just not very sharp for some reason. It’s been a struggle the last couple of days.”

Hall of Fame pitcher John Smoltz, making his fifth tour start of the year on a sponsor exemption, was last among the 80 finishers after rounds of 80 and 78. 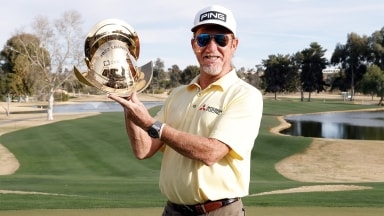 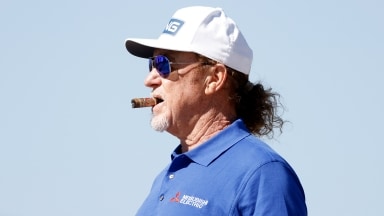 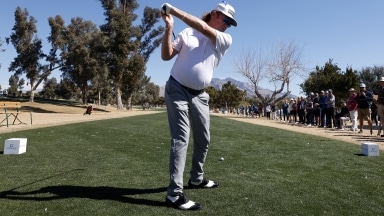 Miguel Angel Jimenez made a hole-in-one en route to tying Jeff Sluman for the lead at the Cologuard Classic.