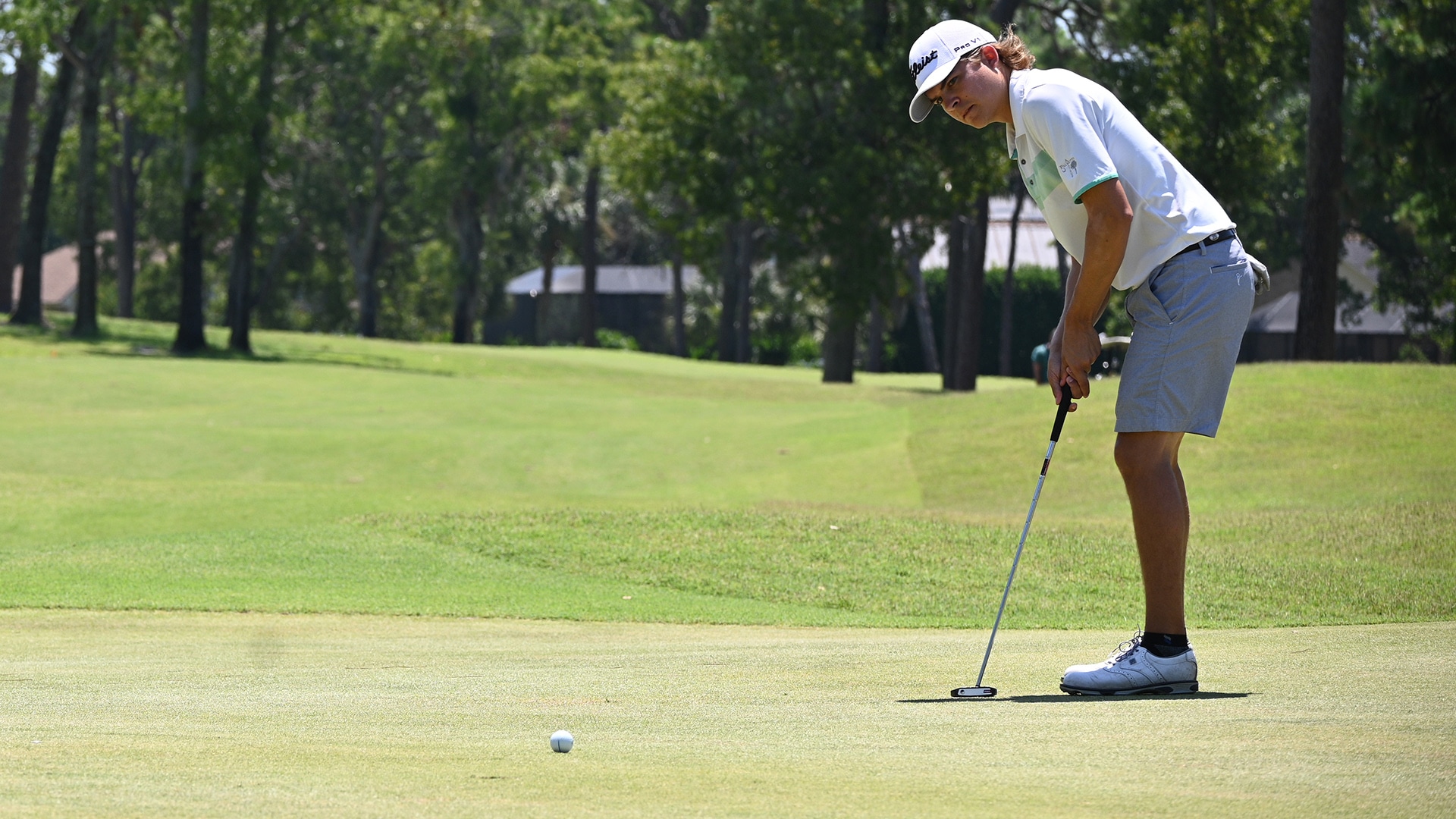 JACKSONVILLE, Fla. – Once the final scores were tallied and it was clear that a playoff would be required to determine a winner, Brooks Downing asked a question that rarely crosses the lips of tournament directors.

“So,” Downing wondered aloud, “do we have to stop any play?”

Moments later, the two remaining combatants and a handful of officials headed back to the 18th tee at Hidden Hills Golf Club, wedging in behind a foursome of members that had teed off just four minutes after the tournament’s final group and were eager to complete their round.

Welcome to the latest stop in pro golf purgatory, a place where players from all walks and status can gather to stay sharp until their next meaningful start. This week while 156 players teed it up at a Korn Ferry Tour event in St. Augustine, another three dozen comprised the field on the nascent Unbridled Tour about 30 minutes away at Hidden Hills, a quiet Arnold Palmer design that sits near a U.S. naval base.

With PGA Tour and Korn Ferry competition now in its second week back, players are beginning to adjust to the new normal. COVID-19 tests, traveling bubbles, sanitized practice areas and fan-free environments. But for dozens more who can’t sniff useful Korn Ferry status, the new normal equates to a bunch of long-shot qualifiers and months of roadblocks.

The pipeline for professional golf is officially clogged, one of the many ripple effects of a global pandemic. Korn Ferry Q-School has been wiped out, as has the entire 2020 Mackenzie Tour season. The fate of PGA Tour Latinoamerica still hangs in the balance, but the start date looks like this fall at the earliest. It means that scores of players are competitively homeless this summer, looking for any and every way to improve their game while hopefully making enough cash to stay afloat. 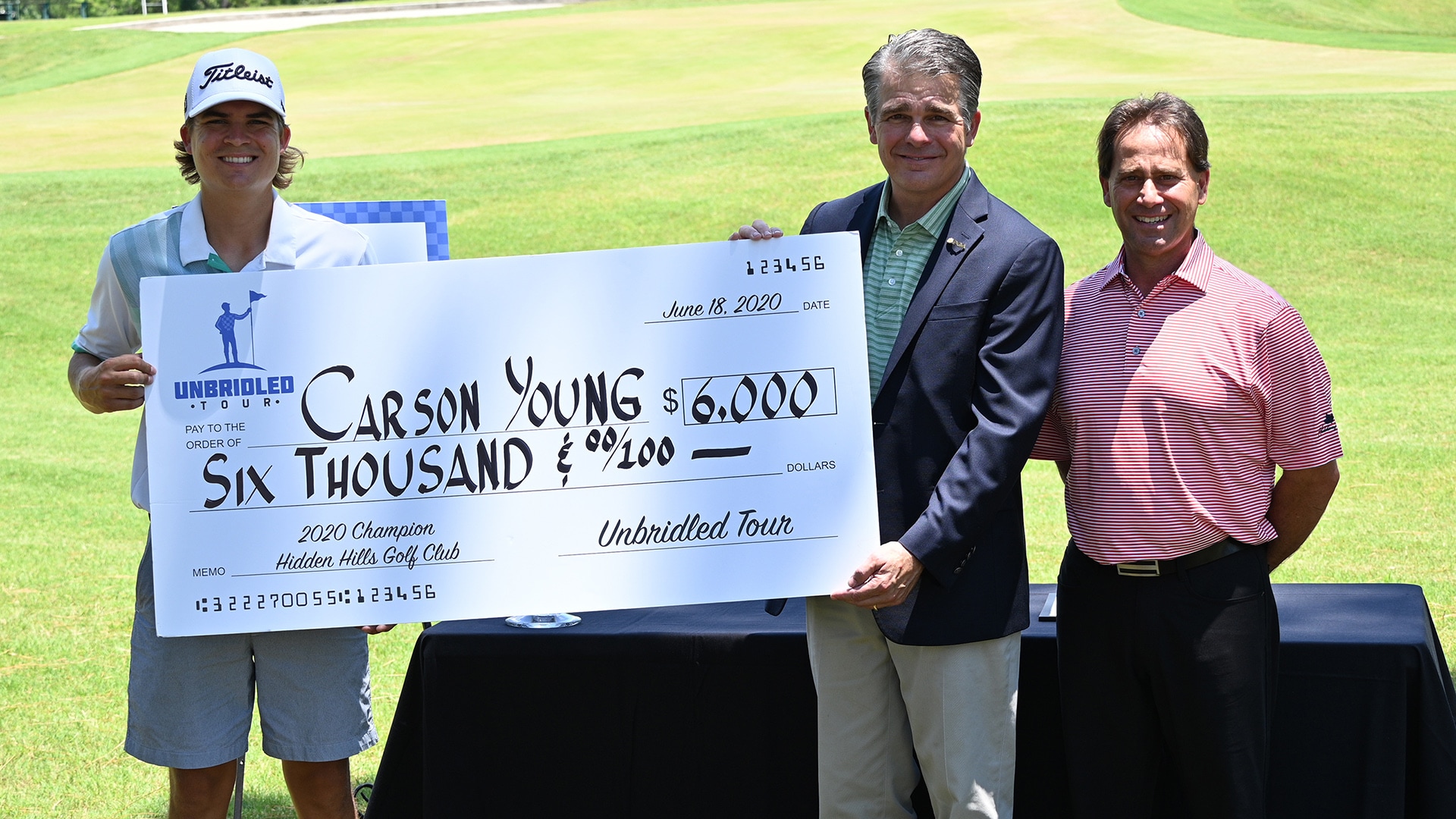 “Mainly mini-tours and Mondays,” explained Carson Young, who won the Unbridled event with a birdie from the trees on the first playoff hole to beat former European Tour winner Scott Jamieson. “Just trying to get out there, have a good finish and see what can happen. Maybe find a way to gain some status.”

If the Unbridled Tour doesn’t ring a bell, you’re not alone. The circuit was created in the wake of the COVID-19 pandemic, an effort to meet the demand of players whose careers have been put on pause but who still need a place to play in the coming weeks and months. It’s the brainchild of Downing and his team from BDG Sports, a Lexington-based group that usually focuses on pro-am operations and the production of more than 100 college basketball games per year.

The BDG team also previously ran the PGA Tour’s Barbasol Championship and currently operates a pair of Korn Ferry tournaments in the Bahamas. Their first Unbridled event last month came to life just 12 days in advance, and over the last two weeks they have run Tuesday-Thursday tournaments in Northeast Florida, catering to area pros and those who missed out on Monday qualifying for the first two Korn Ferry events. Last week’s 70-man field included the likes of Ollie Schniederjans, Chase Koepka and Norman Xiong.

“We were sitting at home, looking at some of the other business we have scheduled throughout the year, and thought there was an opportunity for us to host some events,” said tournament director Josh Franklin. “I would say guys appreciate the playing opportunity. That’s been first and foremost the most important thing.”

Young is a prime example of the type of player whose career aspirations have been sidetracked by the coronavirus. The 25-year-old Clemson graduate made it through Mackenzie Tour qualifying school in early March, days before the pandemic shuttered the sport. In the span of a week he went from celebrating full-time status for the first time in his three-year pro career to wondering how he could salvage a lost year.

Thursday’s victory earned him $6,000 off a $1,000 entry fee, and it means he’ll have more flexibility to chase more qualifiers down the road. Up until this week he was still considering shelving his clubs for the second half of the season and looking to get a day job in order to save some cash for the Mackenzie events he hopes to play in 2021.

“It’s definitely a weird situation,” Young said. “But it’s nice just to have anything more than a one-day event, where you feel like you have to go out and shoot 7 or 8 under. It’s good to have tournaments like this to prepare for.”

Michael Buttacavoli wasn’t around for Young’s first win as a pro, having missed the 36-hole cut at Hidden Hills the day prior. Instead he was back home in Miami, planning out his summer and trying to plot his next move. The 32-year-old is something of a developmental circuit connoisseur, having played for nearly a decade without breaking through. A lean 2019 Korn Ferry season left him scrambling for options, as he quickly learned that his two Latinoamerica wins from 2018 didn’t necessarily equate to useful status in 2020. So his next plan was to go play PGA Tour Series China – a plan that he had to scrap well before pro golf in the U.S. came to a standstill.

Instead, he’s going to chase after shreds of Korn Ferry status, traveling from one Monday qualifier to the next while sprinkling in starts on the All Pro Tour and at the Texas State Open. He realizes the pandemic has left some players high and dry while rewarding others with additional full-time status, but he’s come to terms with the ultimate outcome. 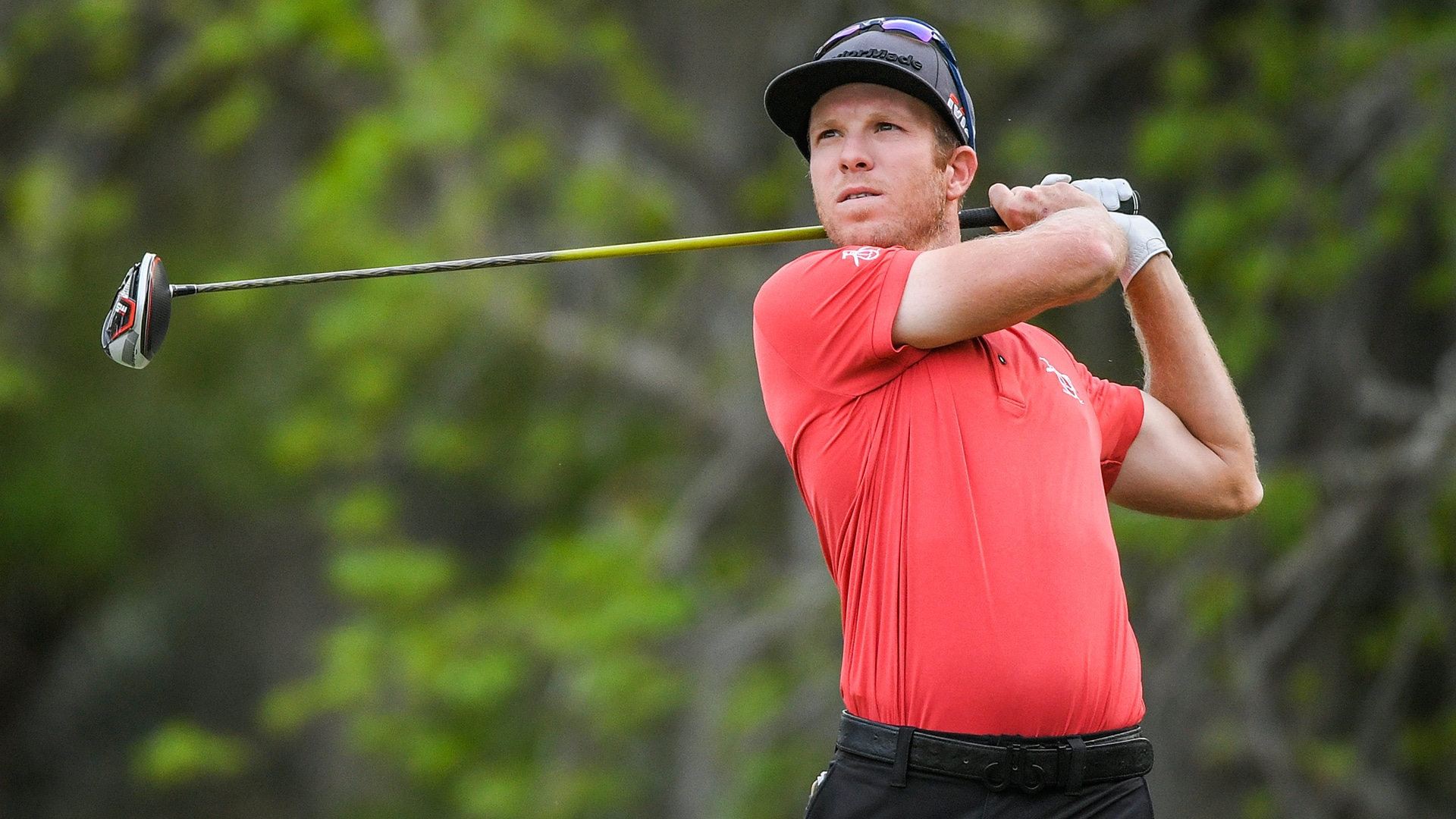 “There’s pros and cons involved for everyone with this, but if you haven’t accepted it then you’re just wasting space in your own head,” Buttacavoli, pictured above, said. “All you can do is figure out what you can do to get better between now and when you tee it up next. My plan is to Monday in. It might be next week, or the week after, or three months from now. But when I do, I want to be ready.”

But for players and tournament organizers alike, the profits are meager. Downing’s team hopes to add another 4-8 similar events throughout this year, largely “shadowing” the Korn Ferry schedule but also trying to target areas where they feel confident they can drum up at least a 50-man field. They’re eyeing an event next month in Colorado and plotting a potential winter swing across Florida.

After a brief trophy ceremony, Young grabbed his clubs off his cart and headed for the parking lot. It was there that he encountered his first real snag of the day: he had no idea how to fit the novelty-sized winner’s check into the back seat of his silver Honda. Eventually he found the right position, and hit the road to begin his 6-hour drive back home to South Carolina.

His Mackenzie Tour debut is still nearly a year away, but it won’t be long before he finds another off-shoot event to test his skills.

“Good golf will take care of it over the next year or two,” Young said. “I know it’s kind of a delay, but it’s just what we have to deal with now.”