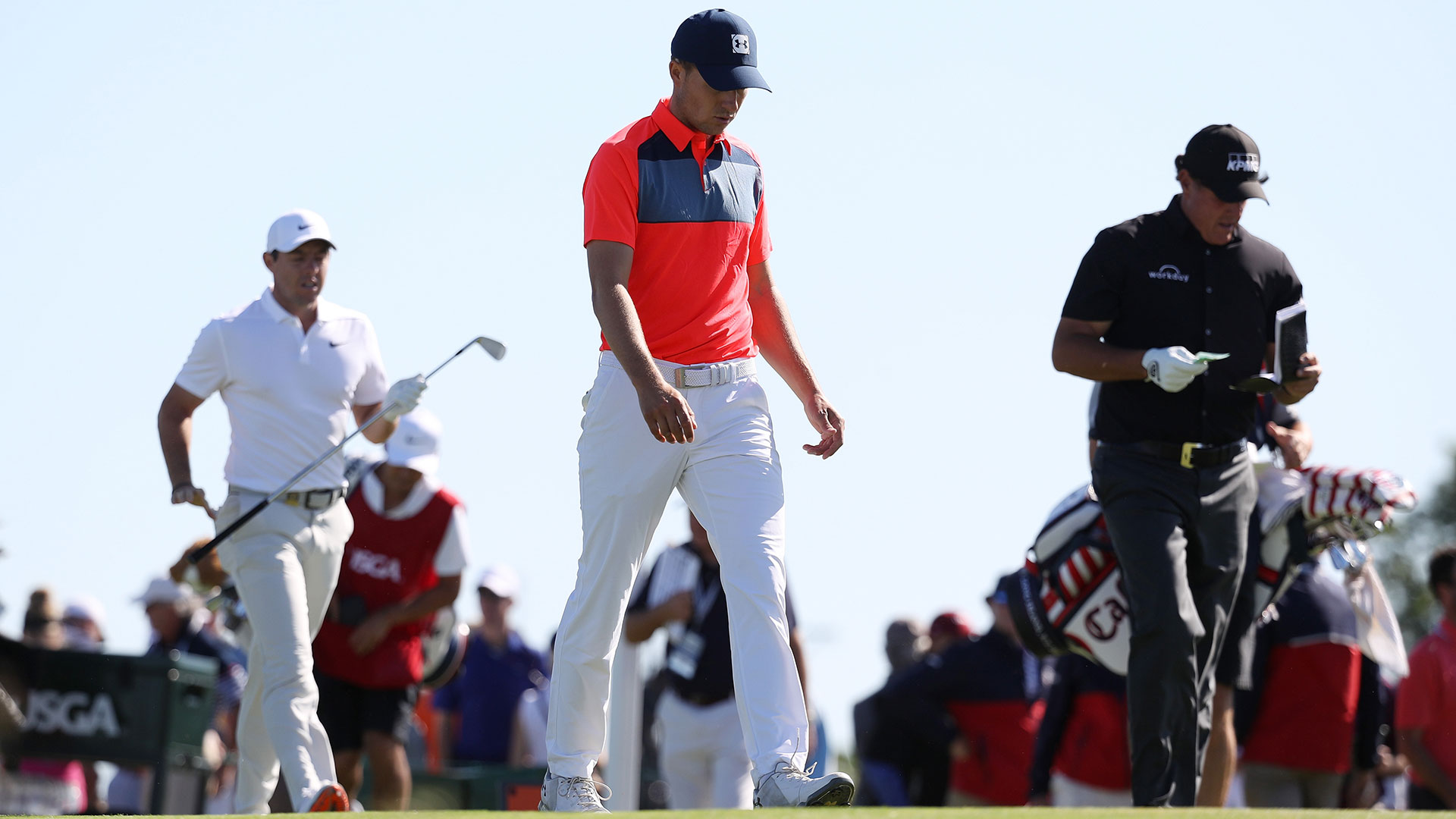 Matched up with Phil Mickelson and Jordan Spieth Thursday in one of the two early-round supergroups at this 118th U.S. Open, McIlroy imploded with a 10-over 80 that matched his career-worst score in the majors. His company was just as miserable – Mickelson missed one fairway and still shot 77, while Spieth limped home with a 78.

McIlroy didn’t stop to chat with either reporters or a USGA media official seeking a perfunctory statement on the day. Neither did Mickelson, who cheerfully signed autographs for 20 minutes before scampering down a sandy path, leaving a small group of reporters, literally, in the dust.

So Spieth was left to explain for the group the difficulty of a day in which only two players in the morning wave broke par.

“It wasn’t fun,” Spieth said outside the locker room. “It wasn’t not fun. It was just blah.”

“Blah” probably wasn’t what the USGA had in mind when it formed this supergroup.

The U.S. Open was the first major to lump the top three players in the world together, in 2008 at Torrey Pines. But it’s since become common practice on the PGA Tour for high-profile players to start the week together, and the reasons for the shift to stardom are obvious: It generates buzz pre-tournament, and it helps the event’s broadcast partners if the top players are all in one place at one time (never mind that fans on-site can’t see a thing).

In recent weeks McIlroy has expressed his frustration with the weekly trend, telling PGA Tour commissioner Jay Monahan after The Players that the event’s two featured groups “backfired” – three of the six boldfaced names missed the cut, while the others barely earned a weekend tee time. All of that early-week buzz affects players differently.

So when asked about it again this week at Shinnecock, McIlroy doubled down.

“Just looking purely from a results point of view, and how some of the players have played in those marquee groups, it hasn’t maybe been what the Tour wanted or what those guys have wanted in terms of performance and results,” he said.

McIlroy went out in 42. Spieth was 4 over par through two holes. Mickelson’s slow bleed began with three bogeys in his first four holes.

They were never going to light up the leaderboard, not on Thursday, not with knee-high fescue catching foul balls and 30-mph gusts and dicey pins. But the manufactured energy was drained early.

“I get what they’re doing, but at a major championship, I don’t think the anticipation level can get any higher anyway,” McIlroy said. “It’s just a little bit contrived for my liking.

“The primary objective is to trying to get those guys in contention on a Sunday,” he added, “and whatever is the best way to do that.”

Maybe all of the extra attention played a factor in their unsightly openers. Or perhaps, in these conditions, on this treacherous day, these stars were destined to go a combined 25 over par, anyway.

Whatever the case, one of the U.S. Open’s two supergroups fell flat on Day 1, and we’re all poorer for it.