Miss golf yet? These 10 books should help pass the time 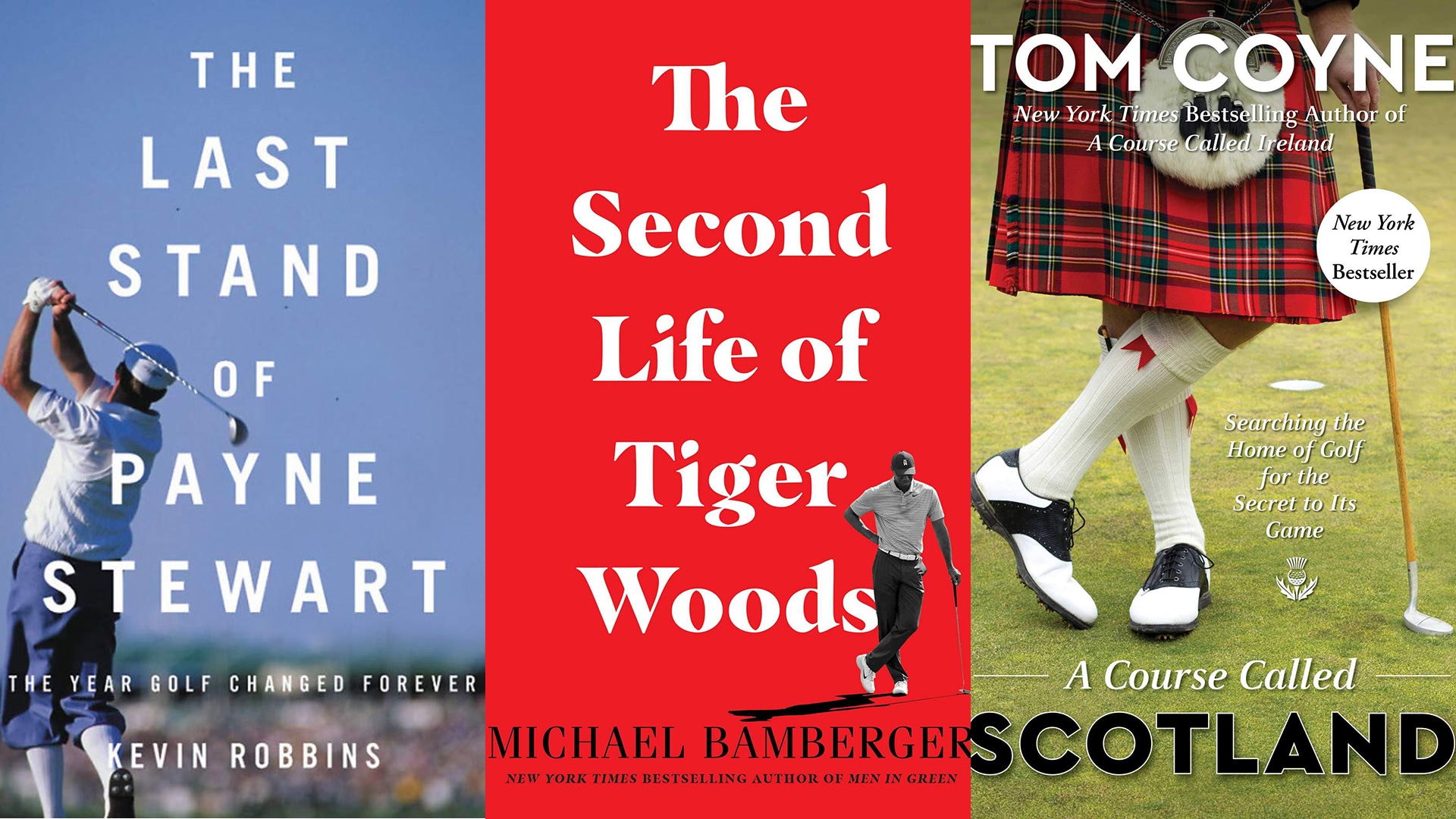 The only thing certain is the uncertainty.

Our norms have been disrupted and our rites of spring delayed or removed.

No be the right club today! No tradition unlike any other. At least for now.

As our planet grapples with our new reality in the wake of COVID-19, we are all doing the best we can to cope.

But we can also stay connected to golf through its treasure trove of literature, wonderful books for times just like these.

As I compiled this list of my favorite golf books, I was reminded of what my friend, the late golf photographer Jules Alexander, once told me: "Sometimes, a word is worth a thousand pictures."

On what would have been Sunday of The Players, I finished The Second Life of Tiger Woods by Michael Bamberger. It chronicles Tiger’s remarkable rise from rock bottom to capturing his 15th major championship at the 2019 Masters. Anyone who has read Bamberger through the years – at Sports Illustrated, Golf Magazine, his other books – knows he writes with great depth and feeling.

The Match by Mark Frost takes you on the fairways of Cypress Point for an unforgettable duel between Byron Nelson and Ben Hogan, and amateurs Ken Venturi and Harvie Ward. It is a wonderful and textured tale of friendship, mentorship and rivalry.

A Course Called Scotland by Tom Coyne follows the author on the journey of a lifetime to some of the greatest links in the world. It both pulls on the heartstrings and inspires the soul. Coyne learns about the rugged, ancient terrain but, even more importantly, he learns about himself.

After reading Every Shot Must Have a Purpose by Pia Nilsson and Lynn Marriott, with Ron Sirak, my score went down and my spirit was lifted. The famed teaching duo – whose clients have included Annika Sorenstam and Ariya Jutanugarn – presents a clear and enjoyable path for improvement.

Tour Mentality by Nick O’Hern is an honest and insightful little book about how the author went from a player who couldn’t break 80 to the No. 16-ranked player in the world (and a player who twice beat Tiger Woods in match play). How do you get over first-tee jitters? How do you build a pre-shot routine? It’s all in here.

Who was Payne Stewart? The author Kevin Robbins answers the question in The Last Stand of Payne Stewart. Robbins brings to life one of golf’s most beloved champions, one who perished far too soon. In many ways, Stewart was an enigma. Robbins captures his essence with incisive reporting and beautiful writing.

Seven Days In Augusta by Mark Cannizzaro captures the traditions (seen and unseen) every year during The Masters. As the New York Post’s longtime golf writer, Cannizzaro brings reporting from 25 years of covering the game’s first major. From Tiger Woods hunting a 15th major to John Daly posting up on Washington Road, the author brings heart and humor to one of our favorite weeks.

After reading John Feinstein’s A Good Walk Spoiled while in graduate school, I knew I wanted a career in the golf writing business. Feinstein’s book on the agony and ecstasy of life on the PGA Tour remains the gold standard on golf reporting. Feinstein’s subjects – such as Paul Goydos and Mike Donald - trusted him and he faithfully told their stories.

I keep Men In Green by Michael Bamberger visible in my office, just in case I want to pick it up for some insight. Bamberger names 18 legends (nine living legends, nine secret legends) and explains their importance to golf. You’d probably expect to read about Arnold Palmer and Jack Nicklaus, but what about Neil Oxman and Dolphus “Golf Ball” Hull?

In The Magnificent Masters by Gil Capps, the author not only captures rich details of the 1975 Masters but also brings to life that era in American history, when an oil change cost just $4.44. It was the year Lee Elder broke through the color barrier and when Jack Nicklaus, Tom Weiskopf and Johnny Miller battled to the wire.