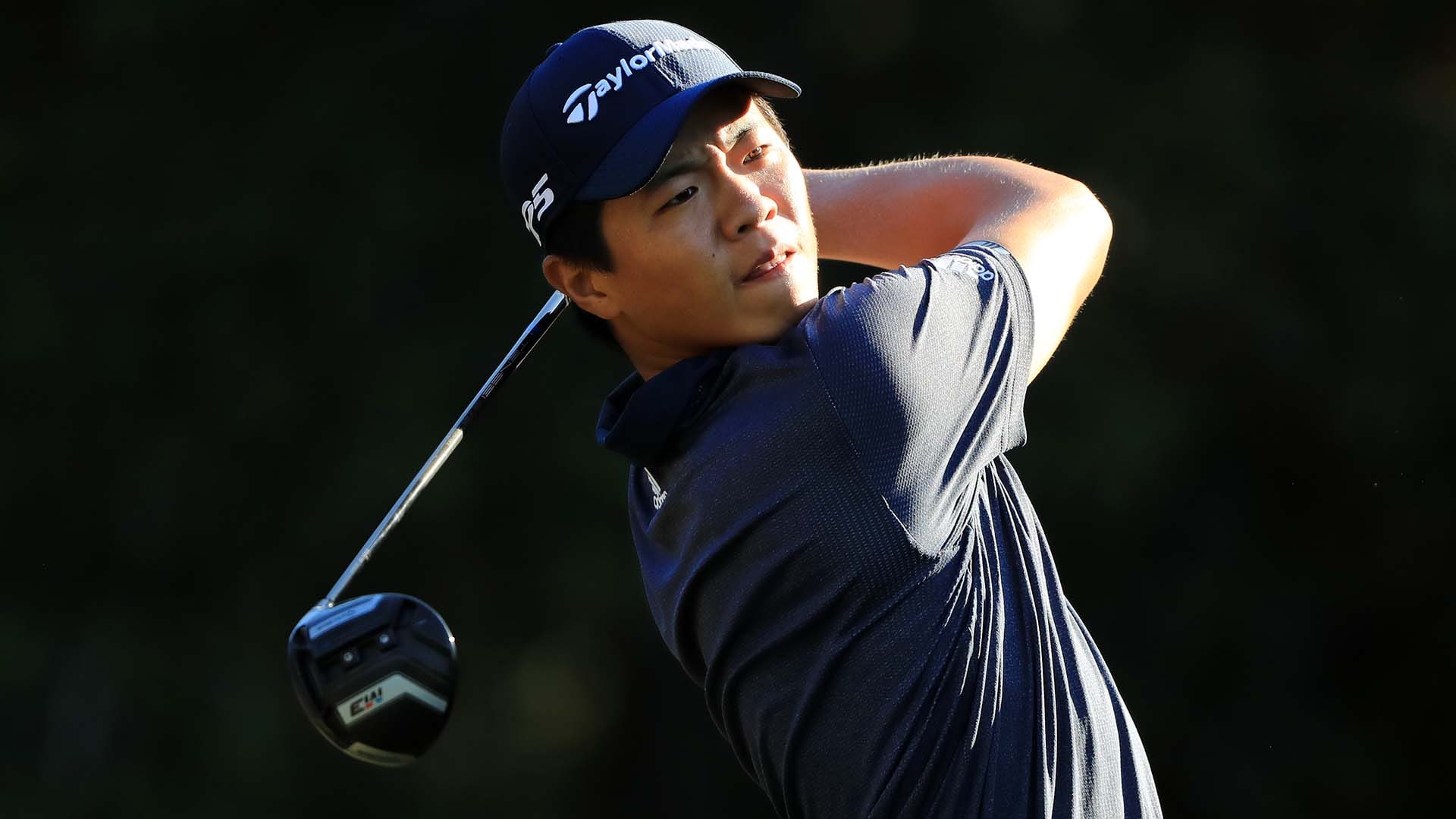 HUMBLE, Texas – Andy Zhang was just trying to avoid further damage as he prepared to hit his 14-foot par putt at the last Thursday at the Golf Club of Houston. When the ball dropped into the cup at the par-4 18th, Zhang couldn’t help but smile.

“I think I’m a lot happier right now because of that putt,” said Zhang, who jumped out to 6 under through 13 holes before settling for a 4-under 68 in his opening round at the Houston Open.

Zhang has been forced to see a lot of silver linings in the past year. After turning pro two summers ago after a couple of years at the University of Florida, Zhang earned his Korn Ferry Tour card via Q-School last winter. However, his rookie season included just one top-10 and 13 missed cuts in 22 starts.

The 21-year-old Zhang lost his job, finishing 154th in points, and to make matters worse, he failed to advance out of first stage of KFT Q-School last month.

“I was wasn’t super down [after Q-School] because I knew it was the exact same thing that I did the whole year,” Zhang said. “I had the game and I just forced it too much. I tried too hard to make birdies and they just didn’t happen. It wasn’t because I’m not a good player. It wasn’t because my swing is messed up or anything. I know I’m better than the results I produced, and I know I can bounce back.

“There’s no other way besides just embracing it and keep playing.”

With his future uncertain, Zhang has opted to go the Monday-qualifying route. He missed a playoff by one shot last week in Las Vegas, and through nine holes Monday at Woodforest Golf Club in Montgomery, Texas, he was just even par.

But Zhang caught fire at the turn. All those birdies he was trying to make all year? He found six in nine holes during a front-nine 30 to shoot 6-under 66 and earn a spot into the Houston Open, which marks his first PGA Tour start since he played in the 2012 U.S. Open at Olympic at 14 years old.

“Honestly, I didn't even think I would be playing today, like before coming to Houston,” Zhang said. “But here I am.”

After an opening round in which he hit 15 greens and carded six more birdies, Zhang could finally get a break this week in Houston. A top-10 finish would earn him a spot in the Bermuda Championship at the end of the month. Currently, he’s in that territory and just four shots off the lead held by Austin Cook.

Coincidentally, it was Cook who nearly won here four years ago as a Monday qualifier. Cook, who was making just his second career Tour start at the time, was a shot off the lead entering the final round at the 2015 Houston Open. Playing in the penultimate pairing on Sunday, Cook slipped to T-11, missing out on that coveted top-10 exemption, but he ended up turning another Monday qualifier later that season into two straight top-10s.

“I always said that you can be a little more aggressive on some shots being a card-holding member because you're going to play next week,” said Cook, who earned his PGA Tour card two seasons ago and won the RSM Classic that fall. “But I think also being a Monday qualifier … you're just out here and you can just go and have fun. For me, I was able to play comfortably and just be on my own, you know, when I was in the Monday qualifiers because I really had no status anywhere. I was just out here just to try to prove that I could play with these guys.”

Zhang is trying to take the same approach. He’s already traded in his TaylorMade staff bag for a logo-less stand bag, and he’s imagining his first PGA Tour start in more than seven years as just another Korn Ferry Tour event. Anything to take the pressure off.

“To not have too much expectation was my goal today,” Zhang said.

Hence why, despite the sloppy finish, he was pleased with an opening 68 on Thursday.

Now, if Zhang were to continue his solid play and secure at least another week out here on the big tour, well, that would warrant a smile that is more than deserved.