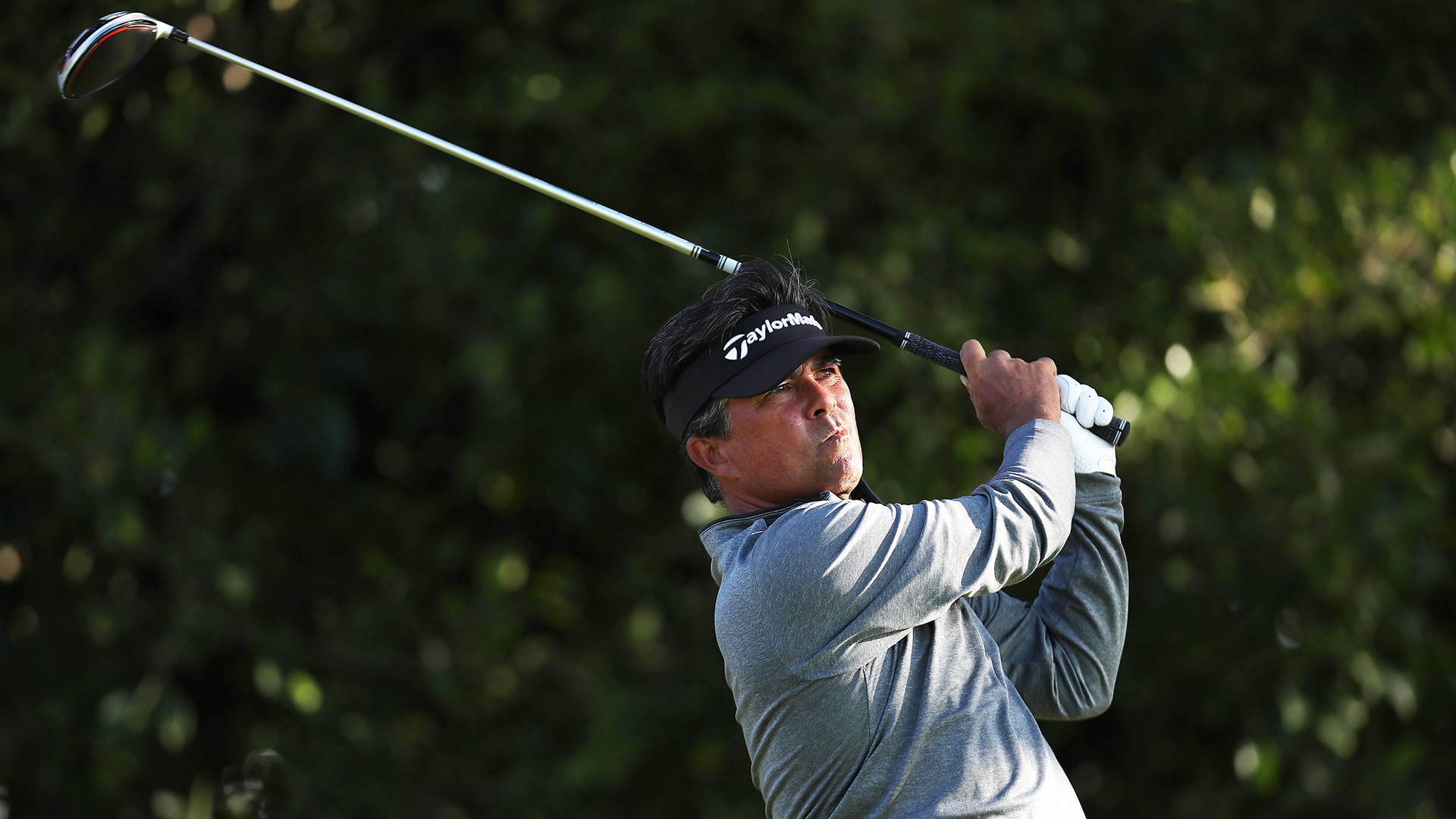 "Nice stroll in the park," the 50-year-old Canadian said.

Morland had five birdies on each nine, closing with a birdie on the par-5 18th. He was a stroke off the course record set by Tom Purtzer in 2004 and matched by Nick Price in 2011 and Duffy Waldorf in 2015.

"I've been playing well for a few months now," Morland said. "Finished second in the Jamaican Open in December and then I finished second at the Q-school for the European Senior Tour, so I've got full status over there this year, and finished third and first at the other two tournaments over there. Naples, I lost in a playoff to get in, and then, obviously, got in this week and just making the most of it."

He qualified for the event Monday at Goose Creek in a fire-shortened round, with ties broken by matching scorecards.

"It's the craziest thing," Morland said. "I've got video. We were on the 18th hole, I think I was 3 under for the day and the chopper was picking up water right in front of us and dropping it on the fire. The flames looked about 20 to 30 feet and they said you've got to evacuate the property. So we were sending our scorecards in by picture because they wouldn't let us back on the property."

Defending Charles Schwab Cup champion Scott McCarron and Ken Duke were tied for second. They each had an eagle - McCarron on the par-5 third and Duke on the par-4 fifth.

"It was a pretty solid round all day long," said McCarron, a former UCLA player. "I drove it pretty well, I hit a couple real close shots like a couple inches on a couple holes. It's always nice to have birdies where you're just tapping in. Played the par 5s very well. Just one hiccup, a three-putt."

The 51-year-old Duke is in his second season on the senior tour.

"I'm very happy where I am today," Duke said. "Been struggling for the first rounds and finally we kind of made a little different game plan."

"My body feels good, swing feels pretty good, too, so I had a nice day," Els said. "It's tough putting. The greens are quite tricky this afternoon, but I feel like I'm hitting it nice."

"I had two eagles and a birdie on the par 5s and that was it," Couples said. "I bogeyed the par 3. So it wasn't real good on some of the shorter par 4s. I've got to be a little better, maybe get a few more birdie putts on those holes. But again, the par 5s were a blessing, I played them 5 under."

Bernhard Langer, the 62-year-old German star coming off a victory last week in Tucson, Arizona, opened with a 70. He won the 2008 tournament.