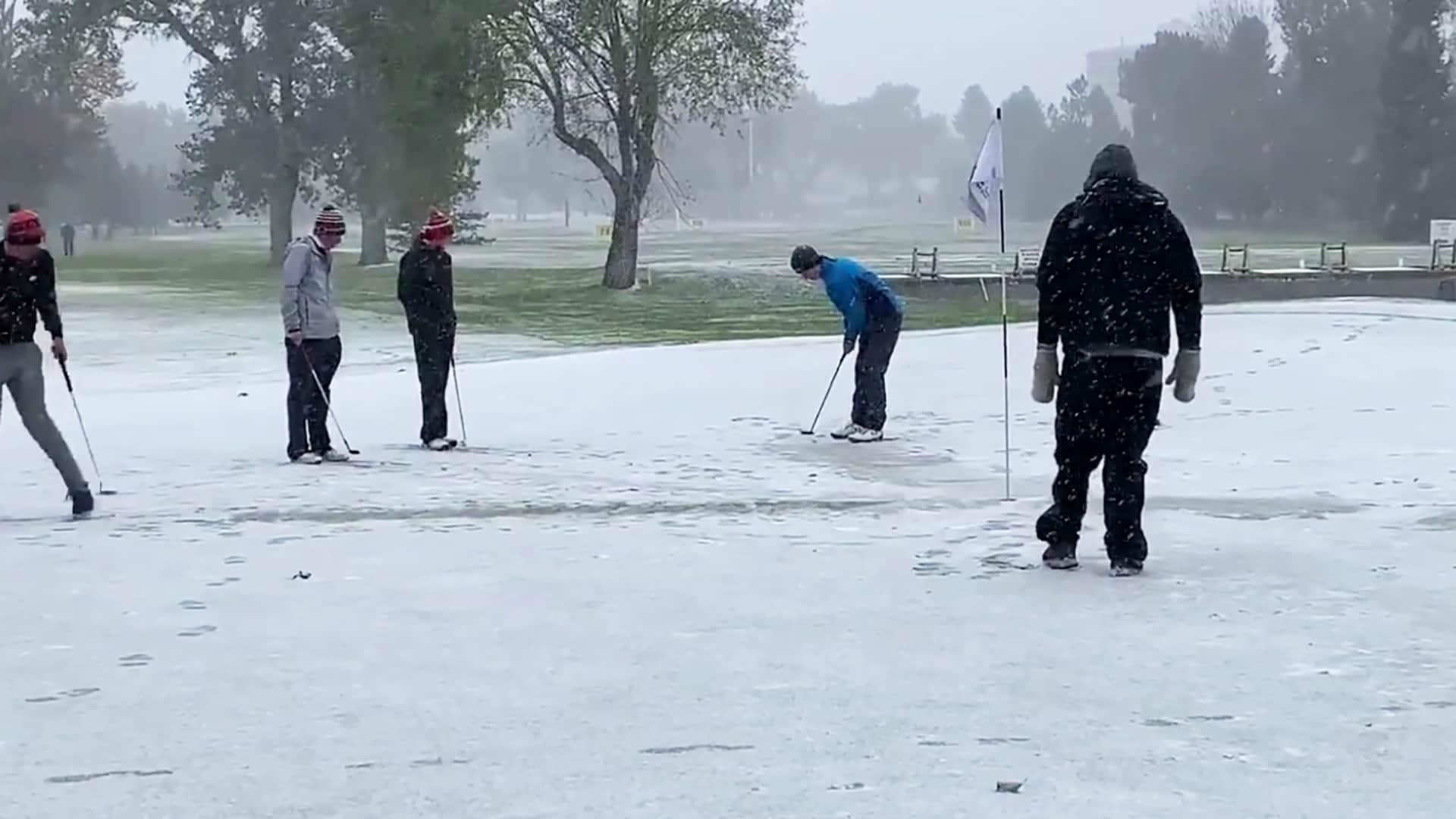 With a state title on the line, the heat was turned up during the Montana Class AA State Golf Championships on Tuesday.

In a figurative sense, certainly not literally. Quite the opposite, actually.

According to 406 MT Sports, on the back nine of the tournament, as players were fighting to take home a coveted state championship, things were made a little more difficult as snow began to fall. But that didn't phase those vying to ink their names into the record books.

Sophomore Justus Verge carded a second-round 73 to take medalist honors for the Bozeman Hawks, who also won its second straight team title. On the girls' side, Billings West senior Carrie Carpenter took the individual title while the girls' at Bozeman completed the team sweep for the Class AA championship, their fourth in a row.

Good on them for playing through it. Carl Spackler certainly would be proud.