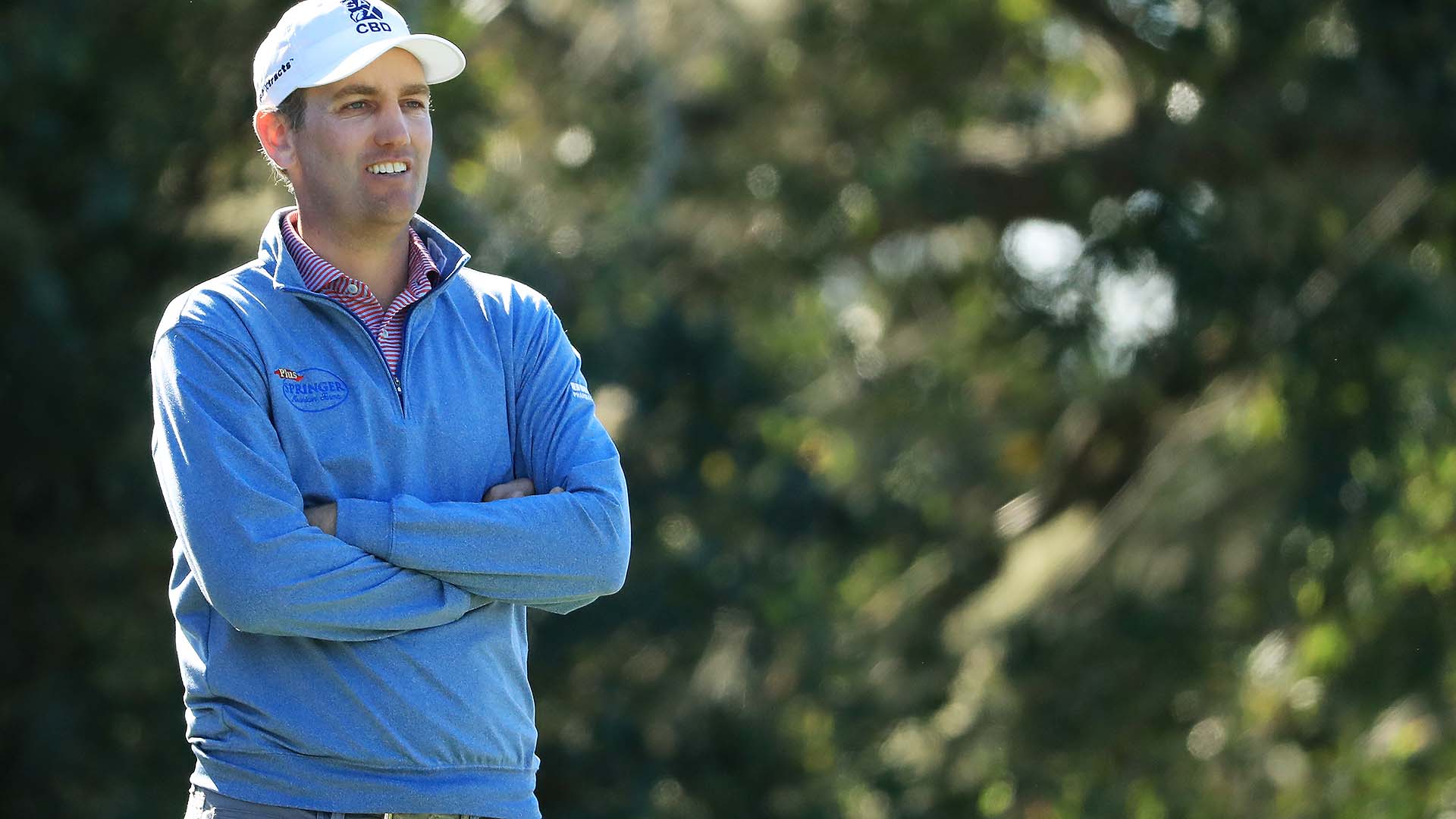 “All the Georgia fans are a little bit nervous,” he admitted.

What he wasn’t nervous about was his two-stroke lead at the RSM Classic and the prospect of a historic Sunday. Why would he be?

Todd had stared down golf’s most feared ailment and lived to tell the tale. That he’d done it not once but twice only served to prove how resilient the 34-year-old has become.

Before embarking on one the hottest runs ever made by a player in the fall, Todd admitted he’d been beset with the “full swing yips,” as if there’s a fractional version of the ailment that’s somehow bearable. It’s the stuff of lore now, Todd digging himself out of the darkest hole a professional golfer could ever imagine and becoming the first player to win twice during the fall portion of the PGA Tour’s schedule since the circuit went to the wraparound version in 2013.

Heading into Sunday’s final lap at Sea Island Golf Club, he was cool and confident and poised to become the first player to win three consecutive weeks on Tour since Tiger Woods in 2006.

“I think the fortunate thing is I've got a lot of confidence and I'm giving myself a lot of birdie putts. I'm able to go out there and make a lot of birdies every round, which helps,” he calmly explained.

It turns out Todd’s concerns were misplaced. Georgia held on to beat Texas A&M Saturday, but Todd wasn’t as fortunate with a final-round 72 that left him three strokes outside of a playoff won by Tyler Duncan.

From the outset on a blustery morning, Todd didn’t cast the same shadow he had for the last three tournaments. He failed to give himself legitimate birdie looks at Nos. 1 through 4 and dropped completely out of character at the fifth when he pushed his approach into St. Simons Sound and took a double bogey-6. It was his first double in 232 holes.

“I didn't feel I was in the zone. I was in this like adrenaline-fueled zone the last three weeks and I couldn't get there today,” Todd admitted. “I think it just didn't start out very good and once a double bogey happens, then you're just in this weird fight-or-flight mentality, so it kind of took all my positive energy away.”

What Sunday didn’t rob from Todd is the kind of momentum every player searches for. Before his sloppy Sunday, Todd was a combined 62 under par in his last three starts and had climbed from 525th in the world ranking to 83rd. But most importantly, he’d turned a page on the type of story that never has a happy ending.

Players simply don’t recover from the swing yips and they certainly don’t do it twice before launching into one of the most impressive runs in recent history.

In the quiet moments that’ll follow this week’s start, Todd will realize that the pace he set over the last three events was as unsustainable as it was unexpected, and no amount of bargaining and self-rationalizing was going to change that.

Losing is never easy, particularly for a professional, but this is one loss that, with time, Todd will be able to live with.

He did, after all, collect $323,000 for his troubles and closed the fall as the FedExCup points leader, which has become a ticket to East Lake with each of the fall’s top players advancing to the following year’s Tour Championship. If this is the worst thing that happens to him this month he’ll be fine.

When he left Sea Island last year following a tie for 54th he was riding high. It was his first made cut on Tour in nearly nine months and it was something to cling to during the offseason. It was exactly the sliver of hope he needed.

By comparison, his fourth-place finish this year feels more like a coronation than a collapse.

“Last year making the cut here was my first made cut in a long time, so I still don't have a ton of confidence coming out of this event, even though I knew it did give me sort of new life,” he said. “This year I'm sort of flying high, my game's really there, I'm confident and I know how to navigate the golf courses with my swing and my putting.”

He’s still flying high and he’s still the man who pulled off the impossible and beat the swing yips.